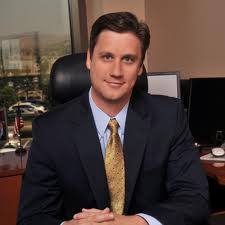 When it comes to defending homeowners against wrongful foreclosure, or suing banks on behalf of homeowners, Attorney Nathan Fransen, of the firm Fransen & Molinaro in Corona, California is a very smart, experienced and dedicated attorney. ┬ĀThis I know for a fact.

How do I know this? ┬ĀIt’s simple. ┬ĀOver the last few years, I’ve watched him literally bang his head against the wall as California’s courts have unabashedly approved of MERS, disregarded flaws in the securitization process, not cared one bit who signed what, and in general ignored everything having to do with foreclosure cases except the fact that the borrowers hadn’t made mortgage payments in so many months. ┬ĀHe argued complex legal theory and simple fraud… he was honing his approach, and although he had his share of frustrating days, he was careful which cases he took on, never following an unproductive path twice. ┬ĀI’d refer potential clients to him fairly often, and in most cases, he’d talk them out of filing suit against whoever they had thought they had wanted to file suit against.

Don’t tell him I said it, but he’s also just generally a very smart person, you know, paid attention in school kind of person… fairly well-read… knew about things outside his area of expertise… the whole bit. ┬ĀHe also had both the patience and ability to explain things about the law to me when I was frustrated over how things weren’t working. ┬ĀWhen someone can keep complicated things simple, you know they understand them inside and out… and when they can hold their own in a debate with me… well, I’m sorry but that’s saying something.

So, he called me a few weeks back and told me quite┬Ānonchalantly┬Āthat he’d had a very good week. ┬ĀI was happy to hear that someone had. ┬ĀWhat was so good about it? ┬ĀWell, he had won two of his cases and at least one would result in his client getting a “free house.” ┬ĀThe other might be a free house too, or maybe just a pretty good size pile of money. ┬ĀIt’s true… Nathan had gone in front of the 9th Circuit Court of Appeals… his first time, by the way… and beaten US Bank, hands down… in Causey v. US Bank.

It seemed to me to be an impressive win, because he was appealing after losing in the lower court. ┬ĀHe’s smart, patient and methodical… three things that tend to pay off eventually, but he wasn’t just going up against US Bank… no, he was going up against the dreaded “free house,” meaning that if the court ruled in his favor, his client would no longer have a mortgage secured by real property. ┬ĀAt best, the amount owed would be unsecured debt, like credit card debt, and that would mean it could potentially be discharged in bankruptcy.

But, don’t jump to conclusions because it’s not what you’re thinking.

He showed me how I could actually listen to him argue the case in court, the 9th Circuit has audio files of the courtroom proceedings online, and listening to it was fascinating. ┬ĀSo I figured out how to download it and then convert it to a file format that I could put inside a podcast. ┬ĀThen I asked him to comment before and after the case so listeners would really get valuable information and be able to learn from his experience.

I don’t want to spoil it, so I won’t say anything more… well, okay I’ll say one more thing. ┬ĀAs I listened to him argue his case in court, one thing came through loud and clear:┬ĀJudges hate the dreaded “free house.”

This is one Mandelman Matters Podcast that you definitely don’t want to miss. ┬ĀNathan sets it up in the beginning, then you hear the audio of the actual courtroom arguments, both his and the lawyer for US Bank… and then he and I argue various topics such as whether robo-signing should be prosecuted and by whom, along with several other things that I know are frustrating homeowners today.

This is the real deal… you could call it “reality podcasting.” ┬ĀTurn up your speakers, sit back, relax, and listen as three justices from the 9th Circuit Court of Appeals struggle to balance the rule of law against the dreaded “free house.” ┬ĀI hope you enjoy it as much as I did…┬Ā