Home  »  Our DOERS DID IT Again… One West Bank Stops Sale in East!

Our DOERS DID IT Again… One West Bank Stops Sale in East! 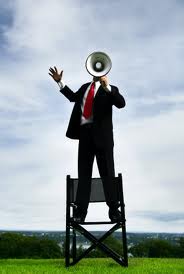 First thing this morning and in response to our DOERS… One West Bank STOPPED THE SALE of¬†Lisa Ferrechia’s home in Milford, Massachusetts… asking that we please call of our DOERS! ¬†They have assured Lisa that they are looking at her situation at the highest levels and will do everything possible to make sure she can keep her home.

DOERS… you did it again. ¬†That’s 7 out of 7 DOERS… we really are DOING it and making a real and very meaningful difference not only for the homeowners whose homes we’ve saved by helping them get sustainable loan modifications, but we’re also helping in a bigger picture sense as well by calling attention to situations that no one should want to see happen.

Obviously, we’ll be staying on top of what’s going on in Lisa’s case, but I’m quite confident that One West Bank is going to find a way for Lisa keep her home, they responded quickly… as a matter of fact the CEO emailed last night… Sunday night… to say that they would be looking into the situation first thing this morning… which they obviously did… and we thank them for being responsive and considerate in this instance.

So, thank you ONE WEST BANK. ¬†Let’s get this done for Lisa and thousands of other homeowners… let’s make this into a win-win scenario, instead of the lose-lose-lose situation we have today.

But, we also recognize that we still have a long way to go before this fight will be over. ¬†So, we need more DOERS signing on every day. ¬†We can’t rest on our laurels, our voice needs to get stronger so we can take on bigger and bigger challenges. ¬†Remember what they say… politicians won’t see the light until they feel the heat. ¬†So, here’s what you need to know about DOERS…

We, Mandelman & Field, are joining forces to end the foreclosure crisis. We‚Äôve been writing about the crisis‚ÄĒMandelman for more than three years and 600+ articles, Field for about half that‚ÄĒbut frankly, writing‚Äôs not enough.

We need to DO more to solve the massive crisis our country is enduring. We must act now, because the crisis we‚Äôre in will get much, much worse.¬† This year is an election year‚Ä¶ the time for decisive action is now.

But by ourselves we can‚Äôt do enough. We need YOU to DO too.

Mandelman has already inspired a core group of DOERS, people who have already solved the mortgage modification nightmares of six people. But to solve the problems faster than one mortgage at a time and to attack bigger problems, we need more DOERS‚Ä¶ a lot more.

Here‚Äôs what we DOERS DO:

We are knowledgeable, active and involved. We know that our actions make a difference because we‚Äôre all working together, multiplying our impact. That‚Äôs why we continue to take action, each and every day.

Either you DO, or you don‚Äôt.

3. We build big victories out of little victories.

We‚Äôre singles hitters with a really high on base percentage. ¬†¬†We scratch out the runs it takes to win every way we can. Our actions are simple, discrete, and quick to do, like sending an email, making a call, mailing a letter.

We work this way because swinging for the fences wastes lots of effort and results in more strikeouts than our country has time for. Besides, it took years to make the mess we‚Äôre in, and there‚Äôs no silver bullet that fixes everything all at once. We have to do many things, and collectively they will make the big changes we need.

4. We focus on our similarities, not our differences. ¬†

We‚Äôre not about right and left‚Ä¶ we‚Äôre about right and wrong. Frankly, our nation‚Äôs policies on housing and banks are so bad, we have plenty of solid common ground for everyone. Since we‚Äôre focused on fixing those two interrelated issues‚ÄĒhousing and bank policy‚ÄĒour divisions on other issues are irrelevant.

We join forces to make change because we are Americans. It‚Äôs our Constitutional birthright to be in charge, to make change together. And we know if we act together to make good policy, we all benefit.

To solve the big problems we need to be correspondingly big. We‚Äôre not playing games. We are DOING to win.

We are relentless. ¬†We take our tasks seriously. ¬†We do our best. We¬† never let down our fellow DOERS by not DOING our individual parts.

In 1954,¬†Brown v. The Board of Education¬†didn‚Äôt end segregation. ¬†It took ten years and hundreds of thousands of people marching in the streets before President Johnson signed the Civil Rights Acts of 1964-65.

In 1971, President Nixon saw from his White House windows, tens of thousands of people protesting the war in Viet Nam and became paranoid that he would lose the election in 1972. ¬†It drove those around him to break into the Democratic headquarters and led to the Watergate scandal‚Ä¶ even though he won reelection in 1972 by a landslide.

And more recently, in 2009, news of AIG bonuses totaling $160 million and a corporate retreat at the St. Regis luxury resort in Southern California, caused people to take to the streets, outraged that a company recently bailed out by the taxpayers would be allowed to pay out what appeared to be extravagant bonuses. ¬†Within two weeks the House of Representatives authored and passed a bill that would have placed a 90 percent tax on those and other bonuses. ¬†It was killed in the senate, of course, but that‚Äôs not the point.

The point is that our elected representatives can move quickly‚Ä¶ if they are properly motivated.

To become a DOER you only need to DO 3-4 things and they‚Äôre all easy:

That‚Äôs all there is to it, and all I‚Äôm asking for is a four month commitment. ¬†After that, if you agree that it‚Äôs worth DOING, then give me another four months. ¬†The more DOERS we have the larger the problem we can tackle.

Consider this‚Ä¶ right now there‚Äôs all this controversy over the 50 state AG settlement. ¬†A few days ago many people thought the deal was about to be announced and people were very upset. ¬†Well, if we had 100,000 DOERS now, we could stop that deal from getting done for sure.

Just think of being a DOER as being a way to ‚Äúoccupy‚ÄĚ without leaving your home, sleeping on the ground, getting arrested and sprayed with pepper spray. ¬†It‚Äôs also more effective than doing those things. ¬†I‚Äôm not saying you shouldn‚Äôt do them, but I‚Äôm telling you that DOERS can stop this mess in its tracks this year or next.

DO you not see that we are losing this war‚Ä¶ because we definitely are. ¬†More than 3,000 evictions a day, seven days a week. ¬†Foreclosures not slowing a bit. ¬†And interest rates are still low. ¬†What‚Äôs going to happen when they are six percent or even higher?

And this is an election year‚Ä¶ this is when politicians are the most concerned with reelection. ¬†We have to act and it must be now. ¬†Period. ¬†We‚Äôre doing the wave and we need you and everyone else or it doesn‚Äôt look like a wave. ¬†And even though it‚Äôs just begun, it‚Äôs unquestionably working. ¬†What else is working even half that consistently‚Ä¶ NOTHING, I‚Äôm sorry to say.

Please don‚Äôt delay‚Ä¶ DO it today‚Ä¶ it‚Äôs easy to DO‚Ä¶ and to win, we need you.

Becoming a DOER and committing to our code of action is easy. Just send an email to either one of us:

And we‚Äôll be in touch. Something like once a week we‚Äôll call on you to DO something important‚Ä¶

Something that MATTERS, get it? ¬†¬†

It feels really good to be a DOER, ask anyone who is.