Home  »  Look, this just isn’t that hard… The Solutions to Pressing Problems.

Look, this just isn’t that hard… The Solutions to Pressing Problems. 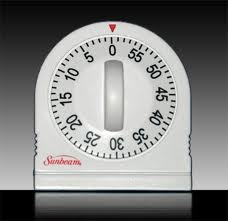 Someone recently wrote to me saying that instead of continually telling everyone what’s wrong, I should tell them how to solve the problems we’re facing and I thought to myself… okay, fair enough.  This just isn’t that hard.  We’re not solving things because we don’t want to, not because no one can think of how to solve anything.

So, you ready… I’m going to show you solutions in ONE MINUTE and one solution at a time.. so please try to keep up okay?

2. In simpler terms: If Mickey Mouse is going to sign it, and Donald Duck is going to notarize it… THEN DON’T SIGN IT… because we don’t need it signed.  BUT… if we DO need it signed, then don’t forge it and file a fraudulent document into the public record.  If you do that, it’ll cost you thousands and you could end up in jail.

3. We already have millions of forged and fraudulent docs in our public records thank you very much, and 30 years from now some lawyer will have occasion to pull title docs for whatever reason, he’ll find a forged or otherwise fraudulent document(s) and we’ll be litigating the whole damn thing all over again.  We certainly don’t need that situation exacerbated.  The documents may need to be signed… but they don’t NEED to be forged.

4. We also don’t need to wait until the situation shakes out or the scope of the problem is known… or whatever.  There’s no reason to wait for any of that because it doesn’t matter how we answer any of the unanswered questions… the solution to however you want to define the problem is NOT under any circumstances going to be: “Oh, just forge the signature and file a fraudulent document in the public record.”  NO… that’s not allowed to be the answer no matter how you want to define the problem.

5. I’ve never lost the pink slip to my car… but I’m sure there’s a process to follow if that ever happens.  I call the DMV and fill out some forms and then I… blah, blah, blah… it’s never happened to me so I don’t know what the process is.  But I know what it isn’t.  It isn’t: “Fake one on your Mac, sign Donald Duck’s name, and use it for whatever…”  That is definitely not how it’s done.

6. There shouldn’t be ANY push back to what I’m suggesting here… NONE.  To those who say that the banks will oppose what I’m saying because I’m trying to stop foreclosures I reply: No, I’m not.  I haven’t said a word about stopping foreclosures, I’m talking about stopping the forging of documents and the filing of fraudulent documents into the public record.  I have all the confidence in the world that BofA, Chase and our state/federal  governments are more than capable of coming up with some other process… either that or pass a law that says all you need to do is place a red X on the dotted line… or leave the damn things blank… I don’t care.  But, forgery and fraud are not going to be our chosen methodology for anything ever.

7. The reason for my efforts, as I’ve explained to several state AGs and state legislators, is that what is going on now, with forged and fraudulent docs being used every day all over the country to foreclose on homes, is already changing the nature of the foreclosure crisis.  What was a terribly unfair, incompetent, cronyism, banker friendly, messed up situation is being transformed into organized crime.  Homeowners look at their title documents, and very easily see that the assignments and other affidavits have been robo-signed.  They have tangible proof of a crime having been committed.  They show the judge, he doesn’t care… and they lose their house.

8. That is the definition of organized crime… 5 huge crime families we call banks… committing crimes in the public view… and state law enforcement and the court system refusing to enforce the law because of connections with the banks.  That’s organized crime, period.  And human nature dictates that when people see that their government is failing to uphold the rule of law or enforce the laws against certain individuals or groups… well, they take the law into their own hands.  That’s always been true… it is in fact a fundamental human instinct.

9. If your son or daughter is harmed or your store or home is robbed… and the law refuses to do anything about it because of who you are relative to who the perpetrators are… want to know what happens?  Ask the KKK.  Someone takes the law into their own hands and someone gets shot in the head, or ends up hanging from a tall oak.  Every single time… and any of us are capable of doing just that… taking the law into our own hands.

10. Allowing forgery and fraud to go on unchecked is a BAD idea, and everyone should understand and agree with that.  And aren’t we lucky that we know exactly how to stop it… the State of Nevada has shown us the way.  So, change the law, increase the penalties and problem solved.  Now isn’t that a relief?

The foreclosure crisis has already been allowed to grow out of control and destroy the American middle class.  Standing by idly while we watch it get even worse, when it’s easy and free to prevent that from happening, is beyond unconscionable.  And if we do it, then we deserve whatever we get as a result.

See, that wasn’t that hard, was it?   ONE MINUTE SOLUTIONS by Mandelman Matters.  Why didn’t I think of that?  Next solution tomorrow, so stay tuned.