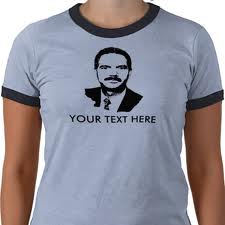 Republicans have spent the last three years attacking U.S Attorney General Eric Holder¬†about issues related to¬†national security and civil rights. Lately, it’s a screwed up gun-trafficking investigation known as “Operation Fast and Furious.” Many in the GOP are now saying he should resign.

This past week, something like 75 members of Congress co-sponsored a House resolution that said there was ‚Äúno confidence‚ÄĚ in Holder as AG, and according to the New York Times, no member of the Obama Administration has drawn more partisan criticism than Holder.

The Fast and Furious controversy involves agents for the Bureau of Alcohol, Tobacco, Firearms and Explosives, who were investigating an arms-trafficking network working for a Mexican drug cartel. ¬†Apparently, these agents didn’t move quickly to seize the guns of some low-level suspects. ¬†They say they were trying to build a larger case. ¬†They misplaced a few hundred weapons and next thing you know, two guns linked to a suspect in the case were found near a Border Patrol agent that had been killed. ¬†When Holder was asked about how this happened, he basically replied by saying, “Huh?”

Now, I don’t know whether Holder should resign over “Operation Fast and Furious,” but if he did it would be irony at it’s best, because if there are two words that don’t come to mind when I think of Eric Holder they’re “fast” and “furious.”

Insiders say that Holder has a “low-key demeanor.” ¬†Apparently, he allows lawmakers to talk over him during hearings. ¬†Other colleagues say he can be similarly mild in internal administration debates, which causes them to wonder if he’s capable of being tough enough for take-no-prisoners bureaucratic or political fights. ¬†And Dick¬†Thornburgh, who was AG under the first President George Bush, has said he’s concerned that Holder gets steamrolled by adversaries.

The New York Times recently quoted¬†Thornburgh as saying:¬†‚ÄúI have worried from time to time about Eric‚Äôs being seemingly rolled by the administration and his political opponents.” ¬†Add to that his background working for a firm that represents MERS and numerous other banking industry players, and everything starts to clear up.

I don’t know about you, but for me… that explains a lot.

You see, I’ve been sitting at my desk reading and writing about the financial and foreclosure crises for the last three years, and while I do understand why everyone didn’t see what was going on when our economic meltdown began, today anyone who doesn’t see this country as a giant crime scene, just doesn’t want to look.

Our current financial crisis has more than doubled the unemployment rate in this country. ¬†It has destroyed roughly $11 trillion in consumer wealth so far, pretty much decimating the middle class, throwing more people into poverty than ever before, and increasing the number of Americans on food stamps from 11 million in 2005 to closing in on 50 million today. ¬†And yet, not only have none of the Wall Street executives been criminally prosecuted or gone to jail, but I question whether any have even gotten a stern talking to. ¬†Best I can tell, they all got bonuses and a Federal Reserve credit card with no limit, and close to no interest rate.

Quite a few people don’t even blame the bankers for the crisis… in their eyes, believe it or not, the bankers were somehow victims. ¬†The poor bankers, sniff, sniff. ¬†I miss Lehman Bros. and Bear Stearns, don’t you? ¬†Perfectly good investment banks… and now their gone. ¬†I’m overcome with… oh, I don’t know… what’s the word I’m looking for… oh yeah, I’ve got it… well, ambivalence fits. ¬†Or, I suppose I could use… JOY!

In order to believe that the bankers didn’t cause this crisis, I’d have to believe that they made hundreds of billions of dollars… BY ACCIDENT? ¬†Like, Lloyd Blankfein at Goldman Sachs and Jamie Dimon of JPMorgan Chase called each other when the meltdown happened and said:

Blankfein:¬†“Jamie… it’s Lloyd… you’re not going to believe this, but we just found out that we made a hundred billion last year that we had no idea was coming in. ¬†It’s like Christmas in July over here!”

Dimon:¬†“You’re kidding me… Lloyd we just had the same thing happen over here! ¬†I’m taking a bath in Crystal champagne over here.”
Blankfein:¬†“How the heck did this happen? ¬†When they showed me the numbers, I was stunned. ¬†And not only that, but going forward, Bernanke and Paulson just offered me as much money as I wanted… I mean, we’re talking trillions.”

Dimon:¬†“Lloyd, I have no idea. ¬†One minute we were being taken advantage of left and right by borrowers who could barely speak English, and the next minute we’re making more than a hundred billion in cash. ¬†It’s sweet, I’ll tell you that. ¬†It’s like I always say, never look a gift-house in the mouth.”

It’s weird too, because after the Savings & Loan crisis of the early 1990s, there were 800+ financial executives that went to jail. ¬†This crisis is global. ¬†If the S&L crisis was a backyard swimming pool, then the current crisis is the Pacific Ocean… but it’s apparently no one’s fault? ¬†The triple A-rated bonds weren’t even close to triple A, and investors including Fannie Mae are suing all over the place, but I suppose the whole thing was just an accident? ¬†Ooopsie!

Goldman Sachs settled their Abacus suit for something like $550 million… of course, without admitting any guilt for doing anything wrong, but is it even possible that anyone would ever pay out more than half a billion dollars after doing nothing wrong?

Basically, the fraudclosure crisis has created millions of crime scenes in this country. ¬†Literally, millions of crime scenes from coast to coast. ¬†Jeff Thigpen, who is the Register of Deeds in Guilford County, North Carolina, has recently gone through the recorded documents in his office and so far found roughly 5,000 filed documents that are fraudulent or forgeries. ¬†His counterpart in Massachusetts, John O’Brian, has had a similar outcome from an audit of his office. ¬†If you or I did that a couple of times, we’d be in jail. ¬†If we did it thousands of times, we’d never get out.

Bankers, however, get to call the practice, “robo-signing,” which sounds nothing like fraud or forgery. ¬†I guarantee you that if you went to prison for that, and someone asked you why you were there, there’s no way you’re going to answer: “Robo-signing.” ¬†No way… you’ll get your butt kicked for sure. ¬†You’re going to say: “Me? ¬†Oh, I’m here on fraud and forgery charges.”

Now, I have to believe that Eric Holder is reading the lawsuits that have been filed by various attorneys general, and if you haven’t yet read one, then you should. ¬†I realize that they’re just allegations at this point, but they read like something out of a John Grisham novel. ¬†Is Holder just thinking that maybe the whole thing will just blow over and go away? ¬†And we’re only at the beginning of this crisis… yes, the beginning. ¬†Sure as shootin’, we’re still going to be talking about the crimes bankers committed that caused our country’s downfall a decade from now.

Just consider the residential real estate market five years from now. ¬†For prices to rise, demand would have to rise… right? ¬†You need demand to make prices rise. ¬†So, forget about the fact that there’s no securitization market, so the only lender is the federal government… from where would the demand come?

Roughly half the mortgages today are underwater, so we can assume those people aren’t buyers because if you can’t sell, you can’t buy. ¬†Then there’s quite a few who won’t be able to come up with 20 percent down or satisfy the 700+ credit score requirement. ¬†College grads coming out of school with tens of thousands in student loans will delay the formation of families and certainly reduce the number of first time buyers. ¬†Aging baby boomers will just naturally move less. ¬†And then there are those that will find it hard to buy as prices are still falling.

Now, I suppose there will be some investors buying, and some population growth and immigrant buyers, but no matter how you slice it, the size of the future pool of buyers is going to be a whole heck of a lot smaller than in the past, and that means… prices in the aggregate cannot rise. ¬†Unless, I suppose, we’re expecting aliens to land here carrying suitcases filled with dollars and in search of residential real estate. ¬†Or, maybe we’ll start advertising in other countries that if you’re a doctor or lawyer and you move here, we’ll send your kids to college for free… that might help, although I don’t think it’ll solve the problem en total.

So, if you haven’t realized it yet, this crisis is going to be dinner conversation for a long, long time. ¬†The biggest difference between this one and the Great Depression is that during the 1930s people robbed banks and this time around, banks rob people. ¬†Two additional differences come to mind… this one isn’t being filmed in black & white, and instead of soup lines, we’ve got food stamps.

It’s also interesting that in every country that has meltdown thus far, they fired their bank CEOs, replacing them with… oh, I don’t know… more honest people, one would hope. ¬†But, here in the good ole’ USA, we haven’t changed a thing. ¬†So, what’s up with Attorney General Holder? ¬†Is he simply flaccid? ¬†Is he afraid to file charges against anyone worth more than ten million? ¬†Is he corrupt? ¬†Is his boyfriend a banking industry lobbyist?

Come on… what’s the deal here? ¬†We’re all at least starting to see what’s happened, aren’t we? ¬†I mean, I know we can’t expect our regulatory agencies to do anything… after all, the Office of the Comptroller of the Currency, which regulates the national banks, refers to those it regulates as “clients.” ¬†The Office of Thrift Supervision hasn’t referred a single case of fraud to the Justice Department since… well, since forever. ¬†And the SEC… well, fuggetaboutit. ¬†Bernie Madoff stole $60 billion and then turned himself in, remember? ¬†We don’t even have regulators

So, since it all comes to down to our intrepid Attorney General, Eric Holder, we’re doing nothing about the crimes of the century. ¬†The GOP refers to him as Mr. Fast and Furious. ¬†Me? ¬†I just call him this month’s giant rear end.