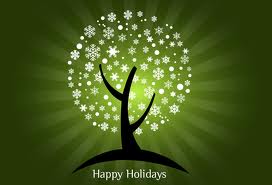 Well, it’s officially the “holiday season,” and that means it’s time once again to look back at the year that’s ending, so we can see exactly what we never want to have to think about again.

A lot happened in 2011… the shooting of Rep. Giffords… Wisconsin’s unions and teachers take over the capitol… gay marriage gets the nod… Arab Spring… Japan get walloped by tsunami and earthquake, then fallout from nuclear plant threatens to export killer cloud… Osama gets taken out… terror in Norway… Obama still born in Hawaii… Qaddafi finally gone… Casey Anthony… MJ’s doctor convicted of manslaughter… the GOP’s position of Just Saying NO, except to bankers… Summers gone, Geithner inexplicably still there… US economy in shambles… 10th anniversary of 9-11… Penn State does Catholic Church impersonation… Mitt in first place… Obama clearly not in control…

All in all, I’d say this past year was… awful.  But, I’m sorry to say, this next year will be significantly worse, so buckle your seatbelt.

But enough about that… it’s the holidays, and that means no worrying about next year… yet.

This year, the written version is the December issue of The Niche Report magazine, center spread by the way.  But click play below, and you be able to listen to it as part of a very Special Holiday Podcast.  So, come on… get into that holiday spirit starting right now… join me for ‘Twas the Night Before Christmas – 2011.

‘Twas the Night Before Christmas… 2011

And I realized this poem began life in ’07.

This past year was bad, all the growth curves did flatten,

So I mixed up a pitcher and poured my Manhattan.

First the shooting, of AZ’s representative,

As beginnings go, this one felt rather tentative.

Obama had upheld the ban on gay marriage,

Causing many supporters to malign and disparage.

Did the lawsuits cause Barack to reverse and agree?

Or did he just watch this past season of Glee?

And it looked like $3 billion, would be billed to the state.

She seemed like a girl who’d soon have her prince trained,

Her dress wasn’t the only thing, that looked so restrained.

Then Egypt exploded over wealth distribution,

Tens of thousands in streets, ready for revolution.

“Arab Spring,” it was called, among them not one quitter,

It was the first time a regime was overthrown using Twitter.

But, Egypt was just, one link in a chain,

Because Tunisia and Libya, and which other? Bahrain?

Yes, thousands of people had now seen the light,

The beacon of freedom, which now shone so bright.

And right out of nowhere, came the death of Osama,

We smiled when the credit was heaped on Obama.

Did G. Bush get mad ‘cause the credit got switched,

Dubya said, “Heck no, the win goes to who pitched.”

And over in Norway, terror attacks came as twins,

I understand how it ended, but not how it begins.

And all the world mourning for religion’s guns,

Had brought darkness to, the land of midnight suns.

Then while I sat eating some rye with pastrami,

I saw Japan hit by a giant tsunami.

The footage, it made any movie look phony

And I resigned to buy Kodak, if I couldn’t get Sony.

And just when it looked like they should build an ark,

The concern changed to would people glow in the dark.

We feared wind would bring us a radioactive cloud.

And throughout the year, although it was annoying,

It was Obama’s birth cert, with which we were toying.

But born in Hawaii, is what we discovered,

And Trump is a nutcase, that we also uncovered.

Casey Anthony got off, and few thought it was groovy,

But I’ll bet she’ll be back in her own Lifetime movie.

We found MJ’s doctor was really a killer

And Michael’s now gone and so heaven got Thriller.

Then over in Libya, Qaddafi’s done too,

I’m not sure what happened, perhaps a CIA coup?

They say making war was one of old Muammar’s vices,

But what we hated most, was that he raised gas prices.

And throughout the year, the GOP just said NO,

They would only agree to keep things status quo.

Which was bad for Obama, for hope and for change,

The political landscape went from odd to damn strange.

With health care behind him and financial reform,

The economy, he realized, was far from the norm.

So he turned to his team, Larry Summers and Geithner,

And asked how come credit was now even tightner.

Not one idea raised, that would fix unemployment

Obama knew then there would be no enjoyment

When Tim at Treasury talks, his nose grows and grows.

Watching homeowners who were all underwater,

They cried and they screamed, but their cries were ignored,

The judges all thought that they wanted free houses.

The stereotype whose idea was Wall Street’s,

S&P with the meltdown, I can’t help equating,

So why allow them to cut our credit rating?

Then Republicans said the U.S. should default,

Which even made Lieberman exclaim, “Oy gevalt.”

Barack tried a Hail Mary, and threw up a jobs bill,

But Republicans made sure that it was a clean kill.

But what about spending some billions on school,

The GOP yelled out NO, which was not at all cool.

Shows reviewed every detail, it was far more than cursory.

Then Michigan’s straw poll, would the rightwing admit?

That a process of elimination, had left them with Mitt.

It was time once again, for political season,

With a Republican field, that defied rhyme or reason.

To understand Cain, you need a sentence contextual,

And I assure you I don’t mean to imply something sexual.

‘Cause that’s how we got a community organizer.

I think Perry and Dubya, they’re just too much the same,

Either one in the moment, might forget his own name.

Penn State was so shocking, so I did some research,

To see if Sandusky was trained by the Catholic Church.

And I know it’s not funny, and I know there’s no reason,

But did some say Paterno should finish the season?

The GOP’s line up should be like running unopposed,

With Paul and Gingrich back, it’s hard to keep a straight face.

John Huntsman is “the other Mormon,” and Mitt’s in first place.

Santorum, Perry, Herman Cain, others past the comma,

There’s no better way to drive voters towards Obama.

The wild card is Europe, what if they default,

It’s our financial system, that they’re going to assault.

So, with my wife and children in bed and at peace,

I sat by the fire, stressing out over Greece.

I refilled my glass, pulling out all the stops,

Closed my eyes and was dreaming of defaulting swaps.

Then out on the lawn there arose such clatter,

I stared out the window, the glass touching my nose,

It was Santa’s real sleigh, pulled by bank CEOs!

I didn’t know how long I could keep the names rhymin’.

And then there he was, dressed in red suit so fine,

I asked him to stay, but he didn’t have time.

I was hoping his sleigh, that he’d teach me to fly it,

But to the North Pole, he had to get to Occupy it!

So, I said Merry Christmas, and with a crack of two whips,

Those bankers took off running in their Italian wing tips.

I yelled thank you Santa! It was my final remark,

He called back, “Cherish the spirit born in Zuccotti Park!”

So, I went straight to bed, and fell asleep quite content,

Knowing Santa was part of the 99 percent.

And I heard him exclaim, as he flew out of sight,

Here are the preceding years, in case you feel like taking a walk down memory lane.