Russell A. DeMott is a bankruptcy and foreclosure defense attorney in South Carolina… and a regular reader of Mandelman Matters.  He graduated from the University of South Carolina School of Law in 1993 and was a staff editor and the research editor for The South Carolina Law Review.

For the next ten years, Russ practiced in Michigan in the areas of bankruptcy law, family law, criminal defense, and general litigation, but as the years went on, Russ focused more and more on bankruptcy law.  In 2005, Russ moved back to South Carolina to settle in the Charleston area.

In his spare time, Russ writes for his bankruptcy blog, The Charleston Bankruptcy Blog, and for Bankruptcy Law Network, a national bankruptcy blog.  Russ enjoys explaining bankruptcy concepts in plain English to lay people… like me… and he’s good at it too.

Russ truly likes helping people with financial struggles. “I view my practice as a way to level the playing field between ordinary citizens—the voters—and Corporate America—the vote buyers. I’m unapologetically on the side of the little guy.”  And you know how much I like that, right?

Today, Russ files Chapter 7 and Chapter 13 bankruptcy, as well as with out-of-court solutions like negotiating with creditors, and he takes on the banksters in foreclosure defense matters.

Below is an article by Russ and he’s working on his next Guest Post, coming in a couple of weeks. Look for it, it’s going to be about a very important issue that I haven’t seen discussed elsewhere.

The debtor education course. It’s the second course required by the Bankruptcy Code–the ticket out of bankruptcy, at least if the debtor wants his discharge.

I confess I’ve always wondered what my clients thought of the course. Calling it a “course” is a bit much.  It only takes an hour or two, and there’s not much you can accomplish in that amount of time.  It’s more like a session.

I’ve had clients experience some really severe hardships–failed businesses, strange and unexpected medical problems, domestic problems, job losses, huge medical debts, just to name a few. So I’ve wondered if clients find the debtor education course, well, patronizing and insulting.  I’ve asked a few of them, and some do.

I got an email from a client recently who’d gone through three job losses in a short period of time, as well as some domestic relations craziness mixed in for good measure.  Her email about the debtor education course is–with her permission–reproduced below.  She writes:

“I have attached the last page displayed for that awful two hours of required federal course on bankruptcy. Obviously, it is intended as a cruel and unusual punishment in return for the act of declaring bankruptcy. There was nothing in it that was something I did not know. It is obviously intended for idiots who have never attend school, earned a penny, had a job, opened a checking account, heard of the financial market, held insurance of any kind, or made any other type of financial transaction on the face of the earth.

Perhaps those who demand these courses should take into account that some people declare bankruptcy not because they are financial idiots, but because they met unexpected financial demands. I do not believe there are courses which can be created to cover those instances – divorce, child custody, unexpected, unplanned major medical expenses.  I have met their stupid requirement.” 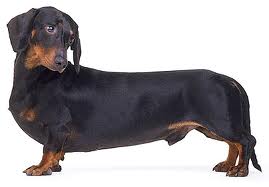 But you must see people who have been irresponsible with credit!

Yes, I have–and plenty.  But they all know that when they walk through my door.  This reminds me of my childhood friend and his dog, “Peanut.”  It was one of those little “wiener dogs,” a Dachshund.  When Peanut occasionally had “an accident” on the carpet in the basement, my friend’s mother would rub the little dog’s nose in it and yell at the dog.  This is the mental picture I get when I think of the debtor education requirement.  The Bankruptcy Code basically says, “you just messed on the rug you stupid little dog, and now you can pay to take a course so we can rub your nose in it.”

And there’s another side to the “irresponsible debtor” argument

The system focuses on the debtor.  Should the debtor be in a Chapter 13 instead of a Chapter 7?  Is the debtor hiding assets?  Are the debtor’s assets valued accurately? Fair enough. But just once I’d like a panel trustee or someone from the U.S. Trustee’s office jump up at a First Meeting and yell, “Why on earth did these credit card companies lend $90,000 to this couple earning only $50,000 a year?”  I’m sure they think it, but it would be fun to hear it–just once.

Who’s got the MBA here anyway?

It’s ironic that the bankruptcy system expects Joe and Sally–many times with no college or financial education–to be so financially responsible when it’s perfectly content to have nincompoops running our financial institutions.  Folks with MBAs can destroy companies like Washington Mutual, Wachovia (bought by Wells Fargo to avert destruction), Merrill Lynch (bought by Bank of America on the eve of destruction back in 2008 and as the CEO bought an $87,000 area rug for his office), Lehman Brothers, AIG (if not for the bail out it received), and Bank of America (perhaps?–think Countrywide.)

The fact of the matter is that over the last 100 years, the Joe and Sallys of America haven’t done anything to cause depressions or recessions; it’s been the MBAs of the world who manipulate stock markets, commit fraud–think Enron or Worldcom–or otherwise wreak economic trouble. Read a book or two about the Great Depression if you have any doubts about this.  (Check out what National City Bank was up to back then!)  Now, as then, the blame for the mess we’re in can be laid at the feet of Wall Street.

The perversity is that we’re regulating Joe and Sally with “bankruptcy reform” and things like the debtor education course but giving Wall Street and corporate America a pass.  And it happened at about the same time.  Our “bankruptcy reform” (which, by anyone’s account was an attempt to increase regulation on ordinary Americans) occurred between 1998 and 2005.  At the same time, in 1999, Congress repealed the Glass-Steagall Act of 1934, the act which separated commercial banking from investment banking–the kind of banking where securities are underwritten and issued.  Congress also decided to leave the derivatives market unregulated, which led to the AIG mess and near financial Armageddon at the end of 2008.

Maybe someone else’s nose should be rubbed in the mess for a change?

This article first appeared on the Bankruptcy Law Network.