Home  »  DeMarco of the FHFA… Like when the baby gets a hold of a hammer.

DeMarco of the FHFA… Like when the baby gets a hold of a hammer. 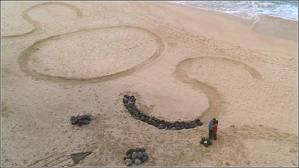 There are two things I feel the need to say.  First, the economics profession sure has lost some points these past couple of years, wouldn’t you say?  Sort of like the intelligence community did during the Bush presidency just a few years back.  It pains me to see the entire economics profession relegated to being “The Pips,” to Barack Obama’s “Gladys,” if you know what I mean.

We’re never even told their names anymore, all we get to know is that when the news is bad, the “economists were surprised by the numbers.”  Not any of the economists that I either know personally, or frequently read, but a nameless and faceless band of economists who seem to forecast so poorly, they couldn’t even get hired as San Diego weathermen.

It’s like, “the number of jobs created last month came in lower than economists expected,” or… “Economists were surprised to learn that home prices have fallen for 70 months in a row, that water is in fact wet, and that the sky is blue.  Until that news was released today, the consensus answers to those three questions was: “really?”… “clean”… and “high.” 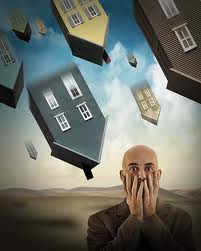 Then second thing I feel the ned to say is that while there’s no question but that Democrats do suck… they clearly suck less than anyone even remotely connected with the GOP.  The latest example of this comparative suckiness can be seen in the letter sent this week by 21 members of Congress to Federal Housing Finance Agency (FHFA) Acting Director Edward DeMarco that urges him to allow principal reductions on loans backed by Fannie Mae and Freddie Mac.

The text of the letter states:

“We do not urge that the enterprises reduce principal on mortgages as a kindness to homeowners.”  (Emphasis added.)

The letter, which cites data published by the GSEs themselves stating that 17.7 percent of Fannie borrowers are underwater, as are 19 percent of Freddie’s borrowers, goes on to explain that the representatives support principal reductions because they’ll save taxpayers from further losses, because these borrowers… “are obviously at great risk of eventual default.”

Of course, we are talking about DeMarco here, so I’d ease up on the use of the word “obviously.”  The letter continues…

“The performance of the enterprises’ mortgage modifications leaves much to be desired for homeowners, for the housing market, and for taxpayers.”

This is not even close to the first time that DeMarco has heard this pitch, in fact I covered it in an article several months ago.  But, DeMarco’s response to-date has been that the “short-term” impact to the GSEs is what prevents him from approving the principal reduction idea, which is refreshing, if you ask me.  I mean, if you’re going to be a short-term thinker, I appreciate it that you identify yourself as such.

The representatives, however, are now specifically asking that DeMarco disregard the short-term effects of principal reductions on the GSEs’ balance sheets ans instead consider the much more meaningful long-term positive effects that such reductions would likely have.  The letter also references a study conducted by Amherst Securities that negates the “moral hazard” theory, which idiotically hypothesizes that principal reductions actually encourage homeowners to default.  Sort of like saying that if you’ll reduce the balance of my car loan by a few grand, I’d be willing to let it get repossessed.

George Miller (D-CA), one of the representatives whose signatures appears on the letter signed the letter, says:

“Right now, the FHFA is preventing underwater homeowners with mortgages backed by Fannie Mae or Freddie Mac from receiving balance reductions, even when a principal modification would save the investor – in this case meaning taxpayer – money compared to foreclosure.”

I guess at this point I should state my opinion as to whether I think this letter will have any effect… and the answer is that I think it is likely to be about as effective as crawling under one’s school desk in the event of a nuclear attack.  Hard to believe, but word from inside the Beltway is that the most powerful man in the nation… and President Obama have both been asking DeMarco to green light the principal reductions plan for the GSEs for several months now.   And if Treasury Secretary Tim Geithner can’t get it done, then I’m thinking it can’t be done.  Still, I am glad to see 21 members of Congress writing a letter, because that’s more than I’ve seen them do in months. 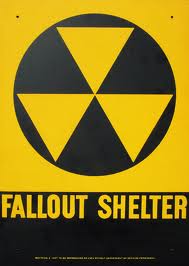 So, I’m bringing all of this up because Mr. Edward DeMarco, who is just the “acting” director of the independent federal agency that placed both Fannie Mae and Freddie Mac into conservatorship in the fall of 2008, has actually become the single biggest impediment to a course correction in the housing market, by far, in the entire country.  And when you consider the GOP’s position on foreclosures, which is only that they need to happen faster, that’s really saying something.

With a Ph.D. in Economics from the University of Maryland and a B.A. in Economics from the University of Notre Dame… DeMarco’s an “economist.”  Prior to joining FHFA, he was COO at the OFHEO, where he provided policy advice for the FHA, before that he was Assistant Deputy Commissioner for Policy at the SSA, and before that he was the Director of the OFIP at Treasury where he oversaw analyses of public policy issues involving the GSEs… and before that he conducted economic and financial analyses of the GSEs at the GAO where he developed recommendations for improved safety and soundness related to the government’s exposure to the GSEs.

Read that last line again… “he developed recommendations for improved safety and soundness related to the government’s exposure to the GSEs?”  Well, did he now?  Obviously, that was some absolutely crackerjack work right there.  Considering that Fannie and Freddie, so far, have cost us taxpayers about $170 billion in “safety and soundness,” I’d have to say that I sleep better at night knowing that we’ve now got Ed watching out for us at FHFA.

Best I can tell that Ed’s never had a job that wasn’t a TLA (three letter acronym), and to give you a picture of what he looks like… hmmm… well, picture what might happen if Tim Geithner and Peter Orszag had a child… I mean, the man just screams Caucasian.  I’m not saying that to be a racist, I’m saying it because the combination of all of those factors makes me rock solid sure that this guy’s extensive knowledge of real people in this country comes from reading about them in policy reports. 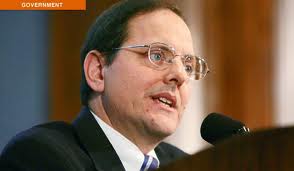 So, even though last year, President Obama and Treasury Secretary Tim Geithner started asking Fannie and Freddie to start doing principal reductions for homeowners underwater and at risk of foreclosure, and even though Sec. Geithner testified that he believed there to be a solid economic case for Fannie & Freddie to participate in the principal reduction programs, such as the new HAMP PRA… DeMarco simply said no anyway.  Ed’s stated rationale was that principal reductions, while positive for Fannie and Freddie in the long run, he agreed, would be bad for GSE books in the short run.

This is the sort of thing that makes one long for the ghost of Lyndon Johnson to come back and kick DeMarco in the pants… I mean, telling the president to go fish is one thing, but saying no to the most powerful man in the world?  I don’t think so.

Geithner can snap his fingers and Ben Bernanke starts up the printing presses from the nightstand by his bed.  Even Lord Blankcheck over at Goldman Sachs takes his calls.  And Vikram Pandit over at Citi?  Yeah, well I heard he comes over and rubs Geithner’s feet in the evenings.  I swear… that’s what I heard.

Fannie & Freddie, in my way of thinking shouldn’t even be given a choice. They are both bankrupt… utterly failed mortgage banks.  They’ve already been NATIONALIZED, no matter what they want to call it.  For God’s sake, Fannie Mae stock is trading OTC right next to Blockbuster! And besides, Freddie and Fannie have been GSEs for years… “Government Spending Entities,” so why stop now? 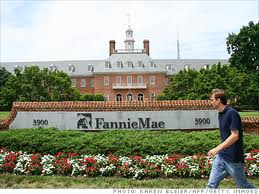 And, since when does Fannie Mae base decisions on whether something is prudent in the short run, or the long run for that matter?  Because that’s certainly what comes to my mind when I think of the word “prudent”… Fannie Mae.

Hey, nice castle, by the way.

Regardless of all of this, DeMarco has not been willing to budge an inch.  It’s interesting… Obama does appoint the head of the FHFA, but apparently he can’t order him to do anything.  I’d look up the reason behind this idiocy, but I don’t want to hurt myself… check with Yves Smith over at Naked Capitalism, I’m sure she knows.  The bottom-line is that DeMarco is legally “independent,” he can’t be fired, and so far refuses to step down, so at this point he’s singlehandedly preventing our government from doing something to stop foreclosures, as if the Republicans alone weren’t enough of an obstacle in this regard.  So… fine… I say, someone have him shot at dawn… and viola!  Problem solved.  I’ll even go pay-per-view, how’s that?

Recently, Mr. DeMarco, in his testimony to congress over the $35 million in bonuses being paid to Fannie and Freddie executives, said that executive compensation at Fannie Mae and Freddie Mac has been appropriate as well as necessary to prevent taxpayer losses.  This is the kind of logic that’s obviously the product of a beautiful mind.

DeMarco defended the bonuses, saying that without them, there could be an exodus of talent, which could result in taxpayer losses.  And I have just two things to say in response to that:

At this point Mr. Ed, a real horse’s behind, is standing right smack in the way of programs that could at least start turning around the housing market and that is making me insane.

“Sweeping plans to help homeowners ‘did not meet our responsibilities as conservator. That doesn’t mean principal forgiveness might not be appropriate… but it does not meet our mandate to return Fannie and Freddie to solvency and guard against another taxpayer bailout.”

He also said that the FHFA, “has exercised its responsibilities … to not undertake certain initiatives.”  Did I tell you he was an out of touch policy wonk?  I did?  Okay, just checking.

He was also recently quoted as saying:

“Americans, whatever their political stripe is, whether they are lawmakers or businesspeople or citizens, we all are frustrated.”

No, Ed… you’ve got that wrong.  I’m frustrated… homeowners are frustrated.  You?  You are FRUSTRATING.

And he also said:

“We are in a set of circumstances in the housing market we have not seen since the Great Depression. It has taken a long time to get to that point, and it’s going to take a long time to recover.”

And evidently, Ed is going to do everything in his unchecked power to make sure of that.  So, ladies and germs… I have seen the enemy, and he is Mr. Edward DeMarco.  To paraphrase the immortal Will Rogers… He makes me feel the way I do when the baby gets a hold of a hammer.