Home  »  THE NEWS: What’s Occupying My Mind is Making Me Dizzy

THE NEWS: What’s Occupying My Mind is Making Me Dizzy 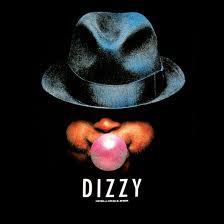 What you are about to read has not been smoothed out or otherwise homogenized, it’s just the news as it’s coming at me… and you.  Go ahead… read it and then tell me everything’s just fine.

Thanksgiving airfares were up 20% this year over last, according to AAA the average price of a gallon of gas has risen almost 20 percent, and a 16-pound turkey and all the trimmings cost an average of $49.20, which is 13 percent more than last year, according to the American Farm Bureau Federation.

Adding to the problem of rising prices, the study released in October by Sentier Research showed that since December of 2007, real median household income dropped by just under 10 percent in this country.  And the number of open credit card accounts fell by another six million in Q3 of this year, bringing the total down by 23 percent since the peak in 2008.

And yet, according to the National Retail Federation (“NRF”), this past weekend broke records for consumer spending… $52.4 billion, which is up by 16 percent over last year’s $45 billion.  Not only that, but the NRF is also reporting that more consumers went shopping this year… 226 million versus 212 million last year.  Between Thursday and Sunday, holiday shoppers spent $398.62 each, the most spent since 2008 when shoppers spent $372.57, the NRF says.

It’s all very confusing because 2008 was one of the worst holiday shopping seasons on record.  That year, the NRF was forecasting that holiday sales would increase by 2.2 percent, but when the dust settled, holiday sales actually fell by 2.8 percent.

In addition, the Consumer Confidence Index®, declined in October. The Index now stands at 39.8, down from 46.4 in September.  The Present Situation Index decreased to 26.3 from 33.3, and the Expectations Index declined to 48.7 from 55.1 last month.  The proportion of consumers that are anticipating an increase in income declined to 10.3 percent from 13.5 percent.

The views held by corporate CEOs turned even more pessimistic in Q3, as well.  Only 11 percent now say conditions are better compared to six months ago, which is down from 33 percent last quarter.  And CEOs’ optimism about the short-term outlook also deteriorated sharply. Currently, about 19 percent of business leaders anticipate an improvement in economic conditions over the next six months, down from 43 percent in the second quarter. 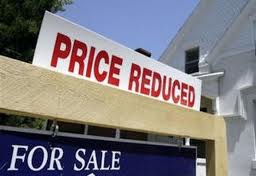 During the third quarter of this year, the number of people signing up for new mortgages fell 17 percent, the lowest level since mid-2000, which translated into a $114 billion decline in mortgage borrowing.

On November 7, 2011, Fitch released data showing that foreclosures this year have essentially doubled as compared with last year at this time.  The rate of new foreclosures has ascended to over 10 percent a month, according to Fitch’s latest performance metric, which is almost twice the rate one year ago.  Of course, one year ago the “robo-signing” scandal wasn’t yet being ignored in its entirety, so the largest banks were pretending to investigate and correct the minor dalliance some people refer to as fraud and forgery.

Fitch also said that the higher foreclosure rates mean that U.S. housing prices will probably fall another 10 percent before stabilizing.  Then a few paragraphs later, Fitch said the higher foreclosure rate will lower housing prices lower by increasing the inventory of houses on the market, and that the full number of new houses on the market won’t be evident for another year.

Nonetheless, Fitch is apparently comfortable with its forecast that “U.S. housing prices will probably fall another 10 percent before stabilizing.”  And, just in case anyone was wondering why investors around the world no longer trust our ratings agencies, of which Fitch is one… I really have no clue.

And isn’t it interesting that the State of California’s latest property assessment data shows that the state’s properties are worth $4.3 trillion, which is only a FOUR PERCENT DROP from their peak… BUT according to the FHFA, home prices in California are down by 37 PERCENT.

Gosh, it kind of makes one wonder what valuations the banks are using for those untold millions of REO properties we lovingly call the “shadow” inventory.  You don’t suppose the bankster balance sheets are artificially inflated, do you?  Nah… they wouldn’t do that… again… would they?

Fitch Ratings announced last week, while we were all wrapped up in our holiday eating fest, that U.S. banks face a “serious risk” that their creditworthiness will deteriorate if Europe’s debt crisis deepens and spreads beyond the five most-troubled nations.

According to Fitch: “Unless the euro zone debt crisis is resolved in a timely and orderly manner, the broad credit outlook for the U.S. banking industry could worsen.  Further contagion poses a serious risk.”

As of September 30th, according to Fitch, the six largest U.S. banks — JPMorgan Chase & Co. (JPM), Bank of America Corp. (BAC), Citigroup Inc. (C), Wells Fargo & Co. (WFC), Goldman Sachs Group Inc. and Morgan Stanley (MS) — had $50 billion in risk tied to the GIIPS.  So-called cross-border outstandings to France, for all except Wells Fargo were $188 billion, including $114 billion to French banks.  Risk to Britain and its banks was $225 billion and $51 billion, respectively.

So far, Europe’s debt crisis has toppled FOUR elected governments.  Italian bond yields remained at about 7 percent, which was the threshold that led Greece, Portugal and Ireland to seek bailouts — and shares of French banks, including BNP Paribas (BNP) SA and Societe Generale (GLE) SA, dropped due to concerns that they’ll need more capital… meaning ANOTHER BAILOUT.

We might as well face it… the Euro is dead.  And we are living on a razor’s edge. 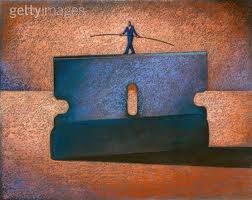 Have no fear, the GOP candidates are here…

With the GOP presidential race just about in full spin, the statements being made are getting pretty inflated as well.  Romney came out swinging with a statement about how Obama has made “massive defense cuts,” which caused me to spit out my coffee first thing one morning.  The more accurate statement might have gone something like this:

“In an effort to curtail deficit spending, Congress and the administration agreed to slow the pace of defense spending.  That doesn’t mean we’ll be spending less on defense… next year’s budget is still increasing as compared with this year’s, but it’s not going up as fast as in past years.”

It’s just not the same, is it?  No punch whatsoever.  Kinda’ made me drowsy writing it.  Never mind then.  Memo to Romney Campaign: Go back to the lying.

And Perry plans to have U.S. troops invade Mexico in order to combat drug violence in that country.  See, it’s hard to tell whether I’m lying or not, isn’t it?  But, no… I’m not… that’s what Perry said during the last debate.

Delk was quoted by numerous media outlets as saying:

“I spent about three hours with him talking about the substance of the issues and the politics of the issues, and he really got it.”   He added that the two discussed “what the benefits are to communities, what the benefits could be for Republicans and particularly their relationship with Hispanics.”

The multi-million dollar amount is quite a bit more than the $300,000 payment from Freddie Mac that Gingrich was asked about during a Republican presidential debate on Nov. 9th.  It also exceeded the amount disclosed during the congressional investigations into the collapse of the housing industry.

Newt also announced his proposal to repeal our bothersome child labor laws because, according to Newt:  “Currently child-labor laws and unions keep poor students from bootstrapping their way into middle class.”

Newt went on to explain that in his way of thinking, “In poverty stricken K-12 districts, schools should enlist students as young as 9 to14 to mop hallways and bathrooms, and pay them a wage.”

According to Politico, he also said one thing that’s absolutely true: “This is something that no liberal wants to deal with.” 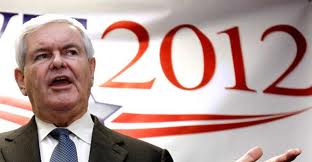 The New York Times quoted Newt as saying the following about his controversial… no, that’s not the right word… his IDIOTIC proposal:

“You say to somebody, you shouldn’t go to work before you’re what, 14, 16 years of age, fine.  You’re totally poor. You’re in a school that is failing with a teacher that is failing. I’ve tried for years to have a very simple model. Most of these schools ought to get rid of the unionized janitors, have one master janitor and pay local students to take care of the school. The kids would actually do work, they would have cash, they would have pride in the schools, they’d begin the process of rising.”

Of course, none of this should come as any sort of surprise.  It was Newt, after all, that proposed bringing back orphanages for children on welfare, back in 1994.

The New York Times article actually quoted the president of the American Federation of Teachers, Randi Weingarten, who labeled Newt’s proposal: “Absurd.”  She went on to say…

“Who in their right mind would lay off janitors and replace them with disadvantaged children — who should be in school, and not cleaning schools.  And who would start backtracking on laws designed to halt the exploitation of children?”

Hopefully, that was rhetorical.

Newt was speaking to an audience at the John F. Kennedy School of Government at Harvard University when he announced this… umm… innovative… no, that’s not the right word… oh yeah… IDIOTIC proposal.

In his closing remarks, Newt promised: “You’re going to see from me extraordinarily radical proposals to fundamentally change the culture of poverty in America and give people a chance to rise very rapidly.”

That must be where that colloquialism comes from… you know, you hear people saying it all the time… “Rising like a janitor.” 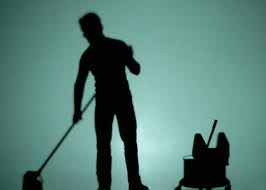 Fannie Mae and Freddie Mac are two giant bankrupt mortgage banks… we had to bail them out to the tune of $170 BILLION… SO FAR, and everyone agrees that the final number will be well in excess of $220 BILLION.

There is no question about it… Fannie and Freddie were the single biggest recipients of bailout money from the taxpayers.  And now… filings show that nearly $100 million of those tax dollars went to lucrative pay packages for their “top” executives.

Acting Director of the Federal Housing Finance Agency Edward DeMarco approved over $12 million in bonuses for government backed… no, government OWNED… Fannie & Freddie.  He says, and with a straight face mind you… that it was necessary to keep experienced executives at the companies. 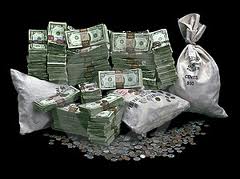 So, what do we do?  We give them a hundred million in bonuses and then let them foreclose and repossess 8 million homes to-date… the vast majority of which will never sell at anything more than a severely distressed price.  Many will have to be torn down, having lost their economic viability en total.

And there you have it…