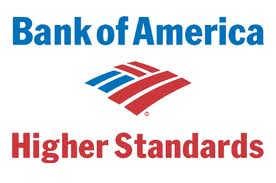 Meet our homeowner… Ira Neighbors.  This time around, he’s a university professor with a PhD in Social Work…. So, I suppose that’s technically Dr. Ira Neighbors.

This time, however, he decided to retain a lawyer to help ensure that his trial modification would become a permanent one.  And wouldn’t you know it, the lawyer succeeded and Bank of America issued the documents for the professor’s permanent modification.  So, yay!

Unfortunately, Professor Neighbors happened to be in Louisiana at the time lecturing at a university, but once again Bank of America was gracious enough to forward the documents to his address in Louisiana for his signature.  It had taken two years and two trial modifications for him to arrive at this monumental moment, and now he had ten days to sign and return the documents, along with certified funds in the amount requested.  Well, Bank of America doesn’t like to be kept waiting, and why should they?

A few days later, however, the documents arrived with instructions stating that his signature had to be notarized by a California notary.  So, the professor immediately called the “Hope Line” at Bank of America to ask whether he should fly back to sign the documents, but the bank said, given the circumstances, with him being in Louisiana and all, not to worry about notarizing his signature, but to simply send the signed documents by the date shown with the certified funds enclosed.

And so he did… on time and as agreed.  He wasn’t going to take any chances this second time out, and we can all imagine how relieved he was that the whole ordeal was finally over.

Imagine his surprise when the next letter he received explained that his package had been deemed incomplete… his permanent loan modification was now denied and Bank of America would be accelerating the foreclosure of his home.

His lawyer contacted Bank of America immediately requesting that the professor’s case be appealed given the circumstances.  Bank of America, being the reasonable and caring financial institution that they so clearly are, reviewed the case and said okay… as long as he would have his signature on the documents notarized by a California notary they would honor the permanent loan modification after all.

Yes, the last time he called, they had told him not to worry about the California notarization, but so what… if that’s what they wanted then that’s what Dr. Neighbors would deliver.

(It’s worth remembering that at this point, Bank of America already had Ira’s certified funds.  He had included a cashier’s check with his documents when sending in the set with his un-notarized signature, as Bank of America said was fine.)

So, without any hesitation our intrepid professor jumps on a plane and flies home to California to have his signature notarized by a California notary.  Apparently, the notaries in Louisiana are seriously sub-standard and perceived to be unable to notarize someone’s signature.  This must be a terrible burden on the people of that state, and someone should look into it, in my humble opinion.

Okay… so with his signature on the permanent modification documents now legally notarized by a California notary, he sent everything to Bank of America without delay.  Whew… it was finally over… wasn’t it?

Within a week Bank of America sent him another letter notifying him that they were… wait for it… denying his appeal, and no permanent modification would be issued.

Bank of America was saying that although the first set of signed documents and the certified funds had arrived on time, the second set of California notarized signed documents had arrived six days after the original deadline, and now Fannie Mae was supposedly refusing to reinstate the professor’s permanent loan modification.  Don’t you hate it when that happens?

(Fannie Mae, by the way, has received a little more than $120 billion from American taxpayers to-date and the government estimates that number will be $220 billion by 2014.  So… good to know, I suppose.)

However, Bank of America did say in their letter that the professor was welcome to reapply once again for a loan modification… because Bank of America is here to help homeowners, remember?

The professor’s lawyer tells me that he was told by a Bank of America manager, that the bank has recently laid off a good portion of the loss mitigation and customer service staff, as they are changing over to the single point of contact system required by the OCC’s consent orders that were issued last April.  And apparently, loan modifications have recently ground to a halt at Bank of America as a result of the change.  (Another lawyer told me a similar story yesterday as well.)

I can’t help but wonder, however, why it’s not too much effort to foreclose on a home, evict a family, probably end up taking it back as an REO, bring it up to HUD standards and then maintain it perhaps for years while it sits vacant…

But… it’s far too much effort to approve a permanent loan modification that has already been approved by the bank… because the second set of documents arrived six days late… even though it was the bank that said to send in the first set without the signature being notarized, and considering that the homeowner ended up flying across the country to have his signature notarized by a California notary… and even though the certified funds HAD ARRIVED with the first set of documents.

Oh, never mind… even I can’t figure out what I’m trying to say anymore.  If this mess ever does end, what would you like to bet that writing about it has caused brain damage and I spend the remainder of my years eating Jello on my rice, drinking from a sippy cup, and babbling incoherently about how the bank lost my documents?

And by the way, I called around town to ask others with experience modifying loans and everyone told me that most loan modification documents don’t require a notarized signature, California or otherwise… which does make a great deal of sense, by the way, if you think about it.  I mean, where would fraud enter the picture?

Under what circumstances would someone sign someone else’s loan modification documents?  It’s not like it’s a new loan.  And the bank just received the guy’s tax returns, paycheck stubs, and everything else they could ask for… what’s the problem?

You would think that even Bank of America would tire of playing this game by now.

And what the heck is wrong with the notaries in Louisiana anyway?  Can’t they ask someone for their driver’s license and then notarize their signature?  What can a notary do, if he or she can’t do that?

MEMO TO BANK OF AMERICA… Why do you do these things to me?  I was just sitting here minding my own business, perfectly content to write about Chase or Wells or anything else for that matter… but no, you can’t even make it a month without doing something totally unreasonable and frankly insane.  It’s not like I want to keep picking on you… I don’t.  What’s the deal, Mr. Moynihan?  Are you trying to maintain your position as the poster child for “reputational risk?” 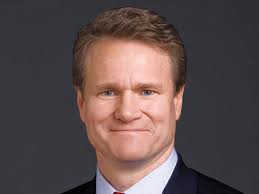 I also want to mention that all this trashing of Bank of America is very upsetting to Mr. Moynihan.  In case you haven’t already seen it, check this out from Bloomberg last week:

Oct. 26 (Bloomberg) — Bank of America Corp. Chief Executive Officer Brian T. Moynihan said he’s “incensed” by public criticism of his company and is pushing back by reminding local leaders of its contributions to their economies.

I, like you, get a little incensed when you think about how much good all of you do, whether it’s volunteer hours, charitable giving we do, serving clients and customers well,” Moynihan said during the Oct. 18 gathering. To the bank’s critics, he said, “You ought to think a little about that before you start yelling at us.

But, Brian… it’s not just me… also from the Bloombgerg article:

Bank of America ranked lowest in a 24-bank survey of small business customer satisfaction from J.D. Power and Associates this month. Wells Fargo & Co., Citigroup Inc. and JPMorgan Chase & Co. also were in the bottom five. Earlier this year, Bank of America was named the country’s second-worst company by Consumerist.com after BP Plc, the firm blamed for the worst U.S. offshore oil spill.

Okay, DOERS… are you listening to this?  Could we please explain to Mr. Moynihan that we would all very much appreciate it if he could just make a quick call and save this nice professor’s home before Thanksgiving?

Please?  It’s the end of the guy’s second year and that should be enough screwing around, don’t you think?  The professor’s name is Ira Neighbors of Southern California, and of course below is the contact information for BofA’s CEO, Brian Moynihan… but maybe you’ve got him on speed dial by now.

He’s counting on us, you know.  Let’s not let him down, okay?  You guys are getting famous for this sort of thing.