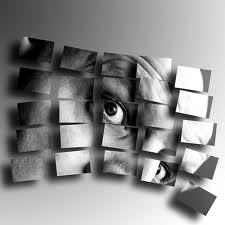 In a rare moment of semi-lucid disclosure, the National Association of Realtors (‚ÄúNAR‚Äù) reported that home sales contracts are falling apart TWICE as often as they did last year, according to the numbers released at its annual convention in Anaheim, California.

In an article published in National Mortgage News, titled: NAR: Sales Falling Through Twice as Often, the NAR said that recently 18% of its members are reporting “contract failures,‚Äù which is double the number that were being turned down one year ago.

Why?¬Ý Well, according to the Realtors, it‚Äôs credit scores and appraisals coming in too low.¬Ý Well shave my head and call me Baldy‚Ä¶ what do you know about that?¬Ý I certainly do declare, how can such a thing possibly be so?¬Ý What could possibly be the cause?¬Ý Who would have ever expected something like this to happen?

This really is precious, don‚Äôt you think?¬Ý Absolutely adorable.¬Ý Hey, I know how we can fix things‚Ä¶ let‚Äôs have a bake sale‚Ä¶ Lord, I do love a good bake sale.

Apparently, the Realtors are quite surprised that these days even good credit isn‚Äôt good enough, so the NAR conducted decided to conduct an ‚Äúanalysis.‚Äù ¬ÝThese guys needed to study this problem, because apparently, when the topic of conversation moves beyond the houses themselves, the NAR has no clue what‚Äôs going on.

Almost three out of every four loans were offered to buyers with scores of 740 or higher, while less than 1% were offered to those whose scores were 620 or lower, NAR said. Twenty-five percent of Americans have credit scores below 599 — almost double the level of two years ago.

Shut the front door!¬Ý Twice as many Americans have credit scores below 599 than did just two years ago?¬Ý Now why do you suppose that would be?¬Ý Want to know what that looks like on a piece of graph paper?¬Ý Ever heard of a trend line?¬Ý Well, this trend line follows Thelma and Louise‚Äôs car at the end of the movie.

The stiffer mortgage requirements have come at a time when banks are seeing strong profits and runs counter to the government’s efforts to use rock-bottom interest rates to get the economy and the housing market moving again, said NAR’s chief economic, Lawrence Yun.

It ‚ÄúYuns counter to the government‚Äôs efforts,‚Äù run?¬Ý (Wait, flip those.) I meant, it ‚Äúruns counter to the government‚Äôs efforts,‚Äù Yun?¬Ý How weird is that?¬Ý I mean interest rates have been at all time lows for the past‚Ä¶ hmmm‚Ä¶ oh, I don‚Äôt know‚Ä¶ shall we say four straight years, and it‚Äôs been working great so far, wouldn‚Äôt you say?¬Ý I mean, we‚Äôve got a housing market that might even rival that of Paraguay. 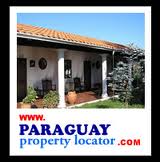 Listen‚Ä¶ Yun‚Ä¶ you‚Äôre an idiot.¬Ý Where did you get your economics degree?¬Ý I mean specifically.¬Ý Because you should ask for a refund.¬Ý Seriously‚Ä¶ if you paid for your economics education you got ripped off, dude.

“We need to get back to reasonable lending standards,” said Ron Phipps, the outgoing president of the 1.1 million member trade group.

It is, however, nice to see the NAR is offering some continuing education classes.

Improve them up to 760?¬Ý That‚Äôs a lot of improving.¬Ý How much does it cost to improve that much? 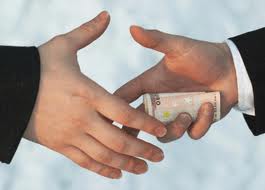 LOL‚Ä¶ allow me to offer some slightly contradictory advice that is certain to save you a whole lot more than a couple hundred a month.

Unless there are specific reasons for you to do so, like you‚Äôre downsizing, or you simply have to move‚Ä¶ don‚Äôt buy a house right now.¬Ý I can absolutely assure you that you will lose money in year one, two and three‚Ä¶ and very likely beyond that. ¬ÝSo, RENT!¬Ý And revel in it‚Ä¶ especially if you‚Äôre renting now, there‚Äôs no reason to buy something today, because now is definitely NOT a good time to buy. ¬ÝAnd if anyone tells you otherwise, ask them if they‚Äôd care to debate me on a podcast‚Ä¶ that ought to do it.

You want to know what you should be doing now?¬Ý SAVING MONEY.¬Ý Less buying and more saving is the new black.

Want to glance into my crystal ball for a few moments?¬Ý Okay, here goes‚Ä¶

Meanwhile‚Ä¶ back at the National Association of Realtors, the following headline appeared right below the one that motivated me to write this article‚Ä¶

The ever-optimistic National Association of Realtors believes the worst housing downturn since the Great Depression is almost over.

Let me guess‚Ä¶ according to the NAR, now is a good time to buy, right?