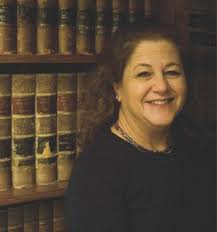 If there was a Hall of Fame for the foreclosure crisis, and perhaps one day there will be, there is no question that attorney April Charney would be one of the first to be indoctrinated.  She’s been fighting for the rights of homeowners for decades, and training other lawyers to do the same since 1994.  Of course, the advent of securitization and the meltdown of our financial and credit markets, combined with the effects of our housing bubble, has caused an economic catastrophe not seen since the Great Depression of the 1930s, changed everything, but April has been right there on the front lines of the fight to keep people in their homes.  I’d say she knows as much about securitization and what went so terribly wrong as anyone in the country, and she has a way of explaining it, so that judges… and anyone else for that matter can understand it.

April and I have gotten to be friends over the last couple of years, and I have an enormous amount of respect for her, both as a person and as a professional.  She is someone that will not keep quiet… she will not back down… and she will never give up when fighting for what she knows to be right.  She is one of the few people on the planet that I trust unconditionally.  I may not always agree with every single position she takes, but whenever she tells me something, I always give it great consideration, because I know that she does not take positions without having done the same.  In my view, April Charney is one of the lawyers in this country that reminds us that some attorneys should be revered by our society.  If the foreclosure mill attorney David Stern had a polar opposite or arch nemesis… no question it would be April. 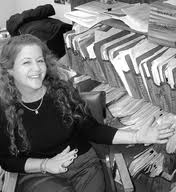 Okay, so there no reason for me to say anything more to introduce April, she really is someone that requires no introduction.  She’s been quoted by the media countless times related to the foreclosure crisis, and anyone involved in representing homeowners at risk of foreclosure knows her name and what’s she’s accomplished for homeowners in Florida.  And by the way, she’s also a good friend of Max Gardner’s, another hero of this crisis.

So, whether you’re a homeowner fighting to keep your home… or a lawyer who represents homeowners in foreclosure, here’s an opportunity to hear what April has to say about where we’ve been, where we are today, and where she thinks we might be tomorrow… it’s one solid hour of April at her candid best… you really don’t want to miss it.

Just click the play button below and turn up your speakers…