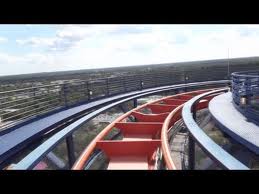 If you want a metaphor for where we are today, think of it like this…

We got onto this giant rollercoaster during the summer of 2007.  Since then, we’ve been circling around at the top, with only small dips, courtesy of the trillions in stimulus dollars being pumped into the economy.

But, the people in the front car just happened to glance ahead, and it’s just dawned on them that they can’t see the track… it seems to just disappear.  They look to see if the track makes a sharp right… but they see that it doesn’t.  Then it must turn left… nope, it’s not there either.  Ruh roh… 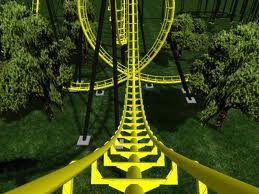 It was on Christmas Eve, 2007, during our annual holiday party, that I remember saying something about our nation’s economy to our guests.

The real estate bubble had been deflating since the summer of 2006, but the credit markets had frozen solid in July of that year and home prices were in free fall, and although most people didn’t know it yet, they were tightening their proverbial belts this holiday season and you could tell the difference by listening to the conversations and looking under the tree.

I remember quite clearly that while I was proposing a toast at that year’s party, I brought up the fact that, as compared with prior years, this past year had been a difficult one for most everyone, and I told the group that our country was in for some very difficult economic times ahead. 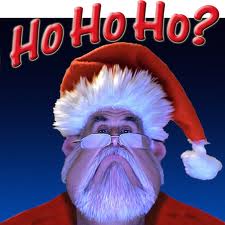 I said that even though everyone’s stress level increased significantly this holiday season, we should all take care to really enjoy ourselves, because this year was probably going to be the one that we all look back on someday, remembering it fondly when we think about what it was like in this country before EVERYTHING changed.

I realized that most of our guests that evening didn’t fully appreciate what I was telling them, and it would be eleven months before the National Bureau of Economic Research would tell us that the Great Recession had begun in December 2007.

Time sure does fly as you get older, and before I knew it I was ordering the Chinese food for our Christmas Party, 2008.  We cater our annual Christmas Party with a buffet of Chinese food because  I’m Jewish and my wife isn’t… so we celebrate Christmas, but with “Jewish soul food,” which in case you hadn’t heard, is Chinese food.

Of course, at the end of 2008, things were a lot worse economically speaking, and the difference was readily discernable… I could see it in the faces of our guests.  Television news had been talking about concerns that retail sales would be low, and people all knew they would be by virtue of their own shopping that year.  When it came time for me to once again make a toast, I talked about how we should all be very grateful for everything in our lives, because so many were suffering.

And, as I had said the year before, no matter how stressful this holiday season was, we should make sure we really enjoy it, because the years ahead were certain to be significantly worse.  And again, although I did notice a few heads nodding in agreement, there were still quite a few who weren’t at all sure that I was right. They all figured that Hillary (or maybe even Obama, although at that point few thought he’d win) would be in office next year, and anyone-but-Bush would be a good thing all-around.

Well, 2009 seemed like it went by two months at a time, and I was ordering Chinese food for our Christmas party before I could say, “Making Home Affordable.”

But this was year-end 2009, and it was a very different time than anyone had experienced.  For one thing, everyone was talking about and asking me questions about the economy throughout the evening… the recession was upon us and they wanted to know what I was seeing in my crystal ball.  Obama or not, it was clear that everyone there was worried about next year, that year. 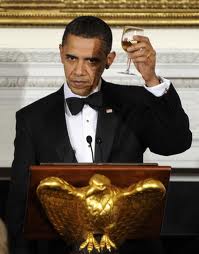 Again, as I raised my glass to make a toast, I said that this year it was more important than ever that we make sure that we enjoy the holiday season, because the next would be that much worse.  And now three quarters of those in the room were nodding along in agreement, only one or two were not.  There are always a couple of Realtors in every crowd.

When our guests arrived in 2010, they were questions and comments about the economy from the moment they walked in the front door, some of which could be heard as they were hanging up their coats.  And, perhaps not surprisingly, this was the year that I would serve twice as many Manhattan cocktails as usual.

I knew that everyone was struggling financially, albeit to varying degree.  Among our friends there are many professionals… doctors, lawyers, Indian chiefs too… but all in attendance had the economy on their minds.  But, after I delivered what had now become my traditional annual message… that no matter how difficult the current season seemed, it should be enjoyed as the ones ahead would be far worse… several approached me to ask how long I thought our economic downturn might last.

When I said that the way things stood at the moment, there would be no recovery for a decade or more, they were visibly taken aback.  But, the government said the recession had ended and we were already recovering, was the essence of their reply.  A few there that evening were even talking about buying a house sometime soon… now that prices had fallen so far, I suppose.

So, here we are today… and Halloween costumes hanging in stores have taken me by surprise.  It’ll be a few short weeks and I’ll be trying to recall how many steamed dumplings we went through last year. 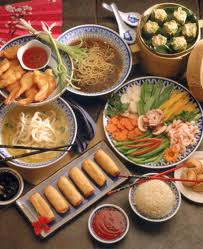 This year my message will be more emphatic than ever… no matter how you feel now, revel in this holiday season, because what’s ahead will be will much, much worse.  In fact, it will be unlike anything we’ve experienced before in this country.  This year I’ll explain that now that the stimulus phase has ended, the pace of our decline will accelerate… you’ll be able to feel yourself falling.

The good news is that this year they’ll be hearing the same sort of thing from others as well.  And not just those on the fringe, but the main stream media too.

Yesterday, for the first time since the recession began, the Wall Street Journal survey of 50 economists now say that incomes in this country have been falling since 2000 and they don’t expect us to make up the lost ground before 2021.  How it is that these economists only now have realized that’s the case, I can’t explain, except to say that over the last few years I’ve learned that optimism is a difficult thing of which to let go.

“Standards of living in the U.S. will continue to decline as we deleverage and emerging markets take over as the growth engine of the global economy,” Julia Coronado of BNP Paribas says.


These economists are just now coming to terms with our new national reality, and they still have a ways to go before they’re forecasts are to be trusted.  For example, two-thirds of the economists surveyed still say they believe that today’s college grads will enjoy a higher standard of living than did their parents… only one-third disagree and as of today they’re right as rain.

The 50 economists also peg unemployment at the end of 2013 at 8.2%, and even though I realize that this headline unemployment statistic is heavily affected by methodology that is often not fully disclosed, I’m going to forecast unemployment in 2012 and 2013 to reach into double digits, and perhaps end up north of 12%.  The bigger problem by then will be that we could very well have over 10 million people unemployed over six months, right now we have 6.5 million officially plus a few million we’ve stopped counting.  And some percentage of those people are unlikely to find work ever again. 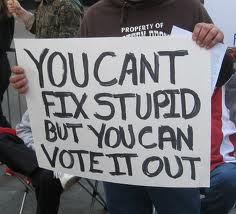 Of course, that’s assuming we remain no smarter than we are today.  The possibility does exist that our elected officials will become scared by data reported and populous rage, and they’ll actually manage to learn something, in which case we could sure-as-shootin’ do a lot better.

Want it in a nutshell?  Okay… various behaviors and attitudes of people are going to change.  Some of that behavior that will seem odd, some will seem to lack focus or gravitate towards extremes and some is not going to be good.  Crime will likely rise, for example, so don’t leave things of value in your car.

Nothing goes down in a straight line, though, so there’ll still be ups and downs along the way in our race to the bottom. But, an entirely new phase in our economic decline starts now.