Home  »  The Birth of Robo-Signing…

The Birth of Robo-Signing…

Ladies and Gentlemen… Welcome to our play…

The Armor Begins to Crack

Pardon me, but is that an iceberg up ahead? 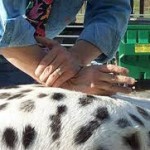 Our story begins in a small but comfortable chiropractor’s office in New Jersey… Our patient works for GMAC/Ally Bank.  He’s injured himself on the job and this is where his worker’s comp plan sent him…

DOCTOR: “Okay, just relax… how did you injure it?”

DOCTOR: “Signing your name 10,000 times, son?  You don’t have to make up stories for me, young man.  I understand… you see, at your age it’s normal to have certain urges.  And taking matters into your own hands is actually a very common and safe way to release that pressure you’re feeling inside.  But, it can also become a problem when taken to extremes.  How many times a day do you do it?”

PATIENT: “What?  No, Doc… it’s not what you’re thinking… it’s from signing my name over and over, day in… day out… it’s killing me.”

DOCTOR: “Okay, okay… if it makes you feel more comfortable to refer to it that way, it’s fine by me.  So, when you’re ‘signing your name’… you’re always at work?  Is there a girl at work you fancy?  One that wears a tight sweater, perhaps.  I remember when I was your age… her name was Pamela… I must have ‘signed my name’ three times a day for most of that year.  Of course, those days are lone gone for me now… no, once you reach my age, you’re lucky if you feel like ‘signing your name’ once a month.”

DOCTOR: “I know, I know… ‘sign your name’ a lot… I’ve got it.  Don’t worry, your secrets safe with me, son… I’m a doctor you know… I can’t tell anyone what we discuss in confidence.”

DOCTOR: “Shut up, you little pervert, or I’ll post your little sex addiction problem on my Facebook page.  There’s different kinds of doctors, you know.”

DOCTOR: “Well, that’s it for today… just take it easy on that… um… I mean, try not to use your… try not to ‘sign your name for at least a week, okay… and I’m going to recommend some aspirin before you go to sleep… and cold showers twice a day… oh, and stay off that damn Internet… I know what Wikipedia means these days, and don’t think I don’t.” 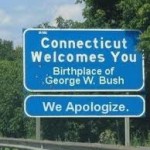 CUT TO: THE AG’S OFFICE IN HARTFORD CONN.

“I am demanding a freeze in all GMAC/Ally foreclosure actions to forestall horrendous, illegal harm against homeowners.  The GMAC/Ally foreclosure steamroller should be stopped so the company can be held accountable.  My office has already confirmed that some defective documents were filed in Connecticut.

The bank’s apparent failure to follow basic legal procedure — a potential fraud on the court — is appalling and unacceptable. Our investigation will enable strong legal action against GMAC/Ally, if warranted by the facts and the law. I will fight to assure that banks comply with clear legal requirements that protect homeowners from unfair foreclosures of their homes.

My office will investigate whether other banks engaged in such practices because these failings involve much more than mere technicalities, as GMAC/Ally has claimed. As a consumer advocate and attorney, I am dismayed and shocked that the bank blatantly skirted legal requirements and procedural safeguards to increase the volume and pace of foreclosures.”


Blumenthal is acting in response to a GMAC/Ally Financial employee recently admitted signing something like 10,000 foreclosure affidavits a month without looking at them, verifying their accuracy, having them notarized, as required by law, or taking bathroom breaks during the work day.

But didn’t a JPMorgan Chase robo-signer also admit, just a few months ago, that they too have been signing their little fingers off each day?  Why yes, she did.  And what about all the others doing the same thing all over the damn place.  Come on people, this is too silly to not make fun of, right?  Like… maybe what GMAC’s doing is okay?  Hello?

“Recent media reports indicate that GMAC/Ally submitted thousands of defective foreclosures to courts in 23 states, including Connecticut. Incredibly, GMAC/Ally allegedly appointed one person to review and sign thousands of foreclosure-related documents each month and provide affidavits to the courts attesting to the legal justification of the foreclosure actions.

Courts routinely rely on such affidavits and GMAC/Ally now admits that its affiant did not actually review the documents to ensure accuracy and did not sign them in the presence of a notary.

The banking industry clearly learned nothing from the financial crisis. First, it cut corners and ignored the law to give consumers loans they knew could not be repaid. Now, it’s cutting corners and ignoring the law to foreclose and evict people from their homes.”

Blumenthal has asked that GMAC/Ally:

The deadline imposed by Blumenthal to provide the information is October 15th.  And if GMAC/Ally actually complies with those requests, I’ll carry you and your spouse to Connecticut piggyback while whistling a happy tune.

Still, you gotta’ love this Attorney General.  Now, let’s see how long it takes the AGs in the other 22 states to follow suit.

Hey… GMAC… I think you’re losing allies.  And as to the rest of you bankers… don’t ask for whom the bell tolls… it tolls for thee.