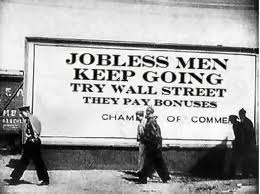 State and local governments are usually engines of job growth during recoveries.¬Ý But economist Heidi Shierholz of the Economic Policy Institute says not this time they‚Äôre not.

President Obama‚Äôs $447 billion jobs bill had included $35 billion to prevent layoffs of police, firefighters and teachers, but that bill went nowhere in the Republican controlled congress.

So, he broke it out into a stand alone bill proposed by Democrat leaders in the senate‚Ä¶ a stand alone bill to prevent 35,000 state and federal government jobs from disappearing every month‚Ä¶ and late last week the Republicans killed it dead in its tracks.

That‚Äôs worth saying again I think‚Ä¶ late last week senate Republicans killed a stand alone bill that would have prevented 35,000 state and federal government jobs from disappearing every month. 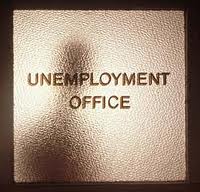 Meanwhile, the Republicans continue to make an issue out of Obama’s inability to turn the economy around. ¬ÝThey draw it like a gun during every single one of the Republican candidate debates, and that‚Äôs certainly not going to end anytime soon. ¬ÝThe Tea Party keeps carrying on about how we need smaller government, so at least they should be happy about the monthly loss of 35,000 government jobs, wouldn‚Äôt you think?¬Ý Or, maybe not so much.

Once again, it‚Äôs the foreclosure crisis that is driving us to ruin, although once again it appears that few if any will attribute the cause of the loss in government jobs appropriately.¬Ý Nor does anyone seem to be saying that this was an entirely foreseeable situation, although it was as easy to foresee as the sun coming up in the morning.

State budgets have to be suffering from reduced income and sales taxes, don‚Äôt they?¬Ý Higher unemployment obviously means fewer people working and those that are still working‚Ä¶ are making less money, so it stands to reason that income tax receipts would be down.¬Ý Declining home values also lead to reduced consumer spending, so sales tax receipts suffer.¬Ý And local governments, cities and counties have to be strapped for cash as a result of reduced property tax revenues, resulting from both lower valuations and post-foreclosure vacated homes.

Now, were any of those eventualities the least bit difficult to see coming as a result of the free fall in housing prices and a tsunami of foreclosures that remains unabated?¬Ý I mean, what else could possibly occur as a result of those two forces?

Because it would seem to me that‚Ä¶ water is wet, the sky is blue, and the leg bone is in fact connected to the ankle bone…

You don‚Äôt have to have a doctorate in economics to see that progression of events, do you?¬Ý No, of course you don‚Äôt.

Clearly, those in power didn‚Äôt see from the beginning how far things would go.¬Ý They failed to see what was actually causing housing prices to fall.¬Ý They erroneously attributed the cause of the foreclosures and drop in home prices to being nonperforming loans and a market correction, instead of understanding that the primary cause was and is a credit crisis caused by investors who lost trust in the ratings placed on bonds, along with securities so complex and heavily leveraged that each foreclosure had an exponential impact on everything else. 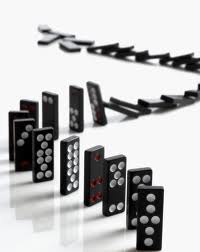 Once the crisis was blamed on the loans‚Ä¶ and the loans blamed on the irresponsible borrowers, the dominoes were set in place, the first was kicked over‚Ä¶ and our fate was sealed. From that point forward, there was nothing else that could have happened other than that which has happened.¬Ý And today, there is no political will to stop foreclosures because to do so, would be to ‚Äúbail out‚Äù those ‚Äúirresponsible homeowners,‚Äù who the country still believes are deserving of their fate.

Of course, Obama‚Äôs economic stimulus bill, the one passed during the president‚Äôs first month in office, provided some cover for the growing problem, and states were largely able to maintain their spending through 2010, but that‚Äôs all over now.¬Ý And even though the National Association of State Budget Officers reports that the lost federal stimulus spending, ‚Äúcombined with a slow recovery in state revenue collections will continue the tight resource environment for states in fiscal 2012,” there is nothing on the horizon that would cause one to believe that 2013 or beyond will be any better‚Ä¶ to the contrary, with the flood of foreclosures set to continue unabated, the situation at the state and local levels can only worsen significantly in the years ahead.

When I was in graduate school, we learned that the United States had to create 160,000 jobs a month to keep pace with the growth of the working age population.¬Ý Today, AP reports that, ‚Äúeconomists suggest roughly 200,000 new jobs a month ‚Äî or 2.4 million a year ‚Äî are needed to significantly lower the jobless rate.‚Äù¬Ý Needless to say, we are nowhere close to meeting that number of jobs created, so in point of fact, we are sliding deeper into the hole, further away from any sort of economic recovery.

And then there‚Äôs the deficit cutting super-committee, consisting of six legislators from each party, who are charged with developing recommendations totaling $1.2 trillion in spending cuts to be realized over the next ten years.¬Ý According to AP:

‚ÄúIf the panel fails to strike a deal that wins congressional approval by year’s end, the $1.2 trillion would be triggered in indiscriminate across-the-board cuts beginning in January 2013. Defense jobs, here and on installations across the nation, would be particularly vulnerable to layoffs.‚Äù

Regardless of how it plays out at this year‚Äôs end, it would seem undeniable that $1.2 trillion in reduced spending at the federal level will mean further government jobs to be lost in the years ahead. 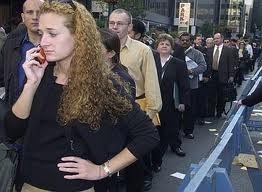 ‚ÄúOf course, once the recovery runs its course ‚Äî and recoveries always have ‚Äî the jobless rate may well return to 5-6 percent. Consumer spending will be up again, and so will tax revenues for federal as well as state and local governments. And government hiring will probably resume. The big question is when.‚Äù

Actually, I would say that the bigger question is not when, but why? The last significant bear market experienced by this country lasted from 1966 to 1982‚Ä¶ 16 years, with the DOW returning -6 percent a year.¬Ý And the Great Depression, which arguably began in 1928, lasted until WWII began in 1942.

The worst day of the stock market‚Äôs crash in 1929, 16 million shares were traded on the NYSE.¬Ý The next time that volume of shares would trade in a single day would be in 1969‚Ä¶ forty years later.¬Ý According to author Richard M. Salsman, ‚ÄúAnyone who bought stocks in mid-1929 and held onto them saw most of his or her adult life pass by before getting back to even.‚Äù

The main question still debated by economists today is: Did the “Crash of 1929 actually spark The Depression?”¬Ý Or did it merely coincide with the bursting of a credit-inspired economic bubble?

With only 16 percent of American households invested in the stock market during the period leading up to the depression, I would argue that clearly the crash itself carried somewhat less weight in causing the depression than is popularly thought.¬Ý And regardless of which factor can be said to have been the proximate cause of the depression, it is unquestionable that the abrupt contraction of credit fueled its growth. ¬ÝSound familiar?

Two sides argue, while the people suffer the consequences of their inaction‚Ä¶

The debate over what to do about reduced state and federal spending is a costly one.¬Ý On one side we have Chris Edwards of the Cato Institute who has said he doesn‚Äôt believe that the federal government should be helping the states financially.¬Ý ‚ÄúThey should tighten their belts,‚Äù he has said.

On the other side, Rob Shapiro, former undersecretary of commerce in the Clinton administration and now chairman of Sonecon, an economic consulting firm, believes the opposite is the more prudent course of action.

“We need to give significant help to the states. Their revenues are down because the economy is weak.¬Ý And that’s forcing them to cut spending.¬Ý And the spending they can cut the most easily is workers,” Shapiro said. 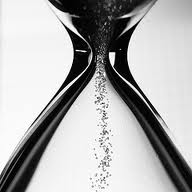 So, to say today that our ‚Äúrecovery will run its course‚Äù simply because our ‚Äúrecoveries always have,‚Äù should not be interpreted as being terribly reassuring.¬Ý While the statement is undeniably true, it wholly ignores the amount of pain to be endured by the people along the way, or how long that pain will last.

I would propose that we need to gain an understanding of the factors and forces are driving our economy down, and make changes to reverse that course before it is too late.¬Ý Because it would seem a good time to recall the immortal words of John Maynard Keynes, who said:

‚ÄúThe long run is a misleading guide to current affairs. In the long run we are all dead.‚Äù

Oh, by the way‚Ä¶ there is one exception to the bad news related to jobs in this country.¬Ý This past week, although no official announcement was made and so the main stream didn‚Äôt report it, the government reported that…

So, all I can think of to say to that is‚Ä¶ if I can just find the right key on my keyboard… oh, there it is… 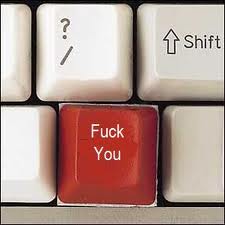 And I do apologize for that… you do know that I try not to resort to that sort of language here on Mandelman Matters. ¬ÝBut that really is the right key in this particular instance, I hope you agree.

P.S. To watch a video in which David Cay Johnston of Reuters explains the government‚Äôs report on wages in this country, visit my Facebook page.