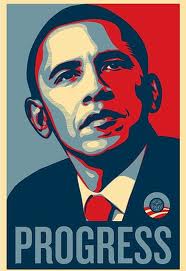 Representative Dennis Cardoza of California along with a cadre of other House Democrats have been increasingly critical of President Obama’s efforts, or rather lack thereof, to stem the rising tide of foreclosures.

As quoted in the New York Times yesterday…

The story in the Times also quoted the ranking Democrat on the House Oversight and Government Reform Committee, Elijah Cummings of Maryland, who apparently said that he understood the frustration expressed by Rep. Cardoza.

“In my opinion, this is a national economic crisis that has been inadequately addressed for too long, and strong, bipartisan efforts are urgently needed.”

Massachusetts Democrat, Rep. John Tierney, was also quite vocal on the subject of mortgages, saying that immediate action is required in order to protect homeowners and the economy’s long-term health.

“The lack of urgency being shown by various agencies and the White House is hurting our economic recovery and unnecessarily putting families at risk to lose their home.  If we do not address the housing/mortgage debt issue, we will not be able to fully tackle today’s economic challenges.”

Okay, so you know… you read things like that and you start to have a glimmer of hope that someone in Washington is paying attention to what’s going on throughout this country, and that something could possibly be done before… well, before all hell breaks lose, one way or the other.

But, then you keep reading and before you know it you run straight into the same idiotic thinking that brought us here.  According to the Times story…

… the administration will release a plan next week to expand a two-year-old refinancing program for homeowners with government-supervised loans backed by the mortgage giants Fannie Mae and Freddie Mac.

As early as Monday, officials will detail plans to expand access to the Home Affordable Refinance Program, which helps borrowers refinance to lower interest rates, to some homeowners who owe more on their properties than they are worth, Reuters reported. Mr. Obama had proposed revising the program last month in his speech to a joint session of Congress.

Boy, you know an administration is plum out of ideas when they start trotting out revisions to past failures as being potentially capable of solving the same problems they failed to solve last time they were touted as being capable of potentially solving something.  And if that sentence made you a little dizzy, well… good.

Keep in mind that the program they’re dusting off is known as HARP, the ugly and less publicized stepsister to the HAMP program that together made up the Making Home Affordable debacle that nobody outside the beltway wants to remember, much less discuss. 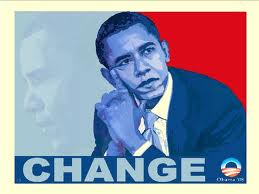 HARP was, according to the president’s speech introducing his housing “rescue” plan in late February of 2009, going to refinance FIVE MILLION underwater homeowners.  Instead, only 838,000 were refinanced, and rest assured that none of those were at risk of foreclosure at the time.  In fact, FHFA reports show that most of the loans refinanced had equity.

If memory serves, HARP began with the ability to refinance homes up to 115% of their appraised value, but soon after someone must have clued the White House in on how silly that was, so they raised it to 125%.

The new and supposedly improved HARP is estimated to potentially refinance 600,000 underwater homeowners.  Using the president’s track record as a reality multiplier effect, it seems more likely that it will refinance a little over 100,000, although at this stage of the game, I’m going with half that number.  But, even if it managed, by some miracle, to refinance the whole 600k, the question, it would seem to me, is: So what and who cares?

“The proportion of U.S. homeowners who owe more on their mortgages than the properties are worth has swelled to about 23%, threatening prospects for a sustained housing recovery.  Nearly 10.7 million households had negative equity in their homes in the third quarter, according to First American CoreLogic, a real-estate information company based in Santa Ana, Calif.”

Today, that number is easily reached 15 million underwater loans, according to Moody’s Analytics and a whole bunch of other supposedly knowledgeable prognosticators.  And Harvard economist Martin Feldstein has said that 30 percent of U.S. mortgages are now underwater, which would put the number closer to 20 million… and he said that last June.  So, if Obama’s new plan reaches 100% of its potential, we’ll refinance 600,000 out of how many million underwater borrowers… 15-20 million… and that’s supposed to do what to our economy exactly?

Besides all that, according to a Bloomberg article published on October 22, 2011, even Edward J. DeMarco, acting director of the independent Federal Housing Finance Agency says his fix will be more of a tune-up than an overhaul, with reduced “frictions” and “enhancements.”

“To have true shock and awe that would jump-start the economy you need a lot more than 600,000 additional refis.”

Genius, I tell you… the man is a genius.

DeMarco is said to be considering raising the 125% to something higher, but that’s not going to accomplish anything either, because according to the FHFA’s own reported data, less than 20 percent of HARP borrowers have loans worth between 105 percent and 125 percent of their property values… and the rest have equity or are only slightly underwater.

Go ahead… read that last paragraph again, I dare you.

Come on… I’ll slow it down for you… of the 838,000 HARP loans that were already refinanced, only 20% were between 105-125% of their value… the rest either had equity, and therefore were under 100% of value, or were only slightly underwater, meaning that they were between 100% and 105% of value.  And the Obama Administration is considering RAISING the percentage by which one can be underwater, so borrowers can be FURTHER underwater… even though that wasn’t the problem because there were only 20%  were between 105-120% of the property value.

Are you following me on this?  If you are, then you just said to yourself… well, that’s just plain dumb.  Bingo!  It is dumb. 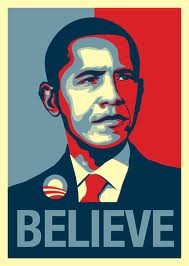 And here’s the best part of the idiocy at play here: It’s a voluntary program, as far as the banks are concerned.  Bose George, an analyst with Keefe, Bruyette & Woods Inc. in New York told Bloomberg:

“Lenders don’t have to make loans even if Fannie Mae and Freddie Mac have promised to guarantee them, and most aren’t.  Originators are afraid of these loans.  It’s almost by definition a high-risk loan.”

Apparently, the banks are afraid that refinancing higher-risk borrowers could come along with added scrutiny from the GSEs, which can withdraw their guarantees if a loan goes bad or if flaws in the underwriting process are later discovered.  Can you say: “buy back?”  Well, Fannie and Freddie sure can.

And now that you know that… do you see why only 20% of the HARP refinanced loans were 105-125% of value?  What would you like to bet that almost none were at the 125% end of that range?  Exactly… how about none?  Why?  Because banks aren’t stupid, that’s why.

According to MarketWatch, Fitch’s analysis shows that more than one third of all PRIME borrowers in private-label securitizations are currently underwater, or in more gentile terms, they’re in a negative equity position.  And according to Fitch’s Managing Director, Grant Bailey, U.S. home prices have farther to fall, saying…

‘With home prices likely to decline another 10%, roughly half of prime borrowers will wind up underwater on their mortgage.”

That’s certainly interesting to hear, especially when you consider that it’s almost impossible to envision a scenario in which U.S. home prices only fall an additional ten percent.  And if a ten percent increase from one third takes us up to one half, I wonder what percentage of those PRIME borrowers will be underwater when U.S. home prices fall an additional 30 percent?  Have to be three quarters, wouldn’t you say?  And maybe even more.

Another interesting tidbit that’s hardly worth mentioning… the Fitch report also found that more than 12% of ALL PRIME BORROWERS are SERIOUSLY DELINQUENT on their mortgages.

Oh good grief, Charlie Brown… you don’t mean to tell me that now the PRIME BORROWERS are irresponsible too!  Heavens to Betsy!  Or, for my French readers, “zut alors!”

This is just shocking.  What happened to all the responsible people in this country?  I’m telling you someone has put something in our drinking water, that’s the only way to explain it.

Genius… I tell you… pure unadulterated genius.  It’s reassuring to see that genius is breaking out all over the place.  Now, all we need is an outbreak of competence in Washington and we’ll turn this economy around in no time flat.

(What?  Why are you looking at me like that?  Well, that wasn’t a very nice thing to say.)

It could happen… Not next week when the president says he’ll announce his moot and idiotic… I meant “new and improved”… HARP plan, but maybe some time in the future… maybe.  It could.  Happen. Right?  Maybe?

The church is near, but the road is icy.

The tavern is far, but we will walk carefully.