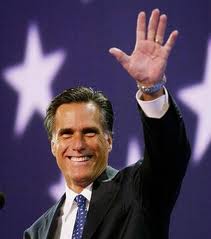 Republican presidential frontrunner Mitt Romney made it quite clear that he does not support any type of foreclosure relief for the millions of Americans at risk of losing their homes. Incredibly, he criticized President Obama for not foreclosing on Americaâ€™s homeowners fast enough.

When asked by journalists on the editorial board of the Las Vegas Review Journal, what he would do to jumpstart housing markets, Romney said:

The presidential candidate seems to have overlooked the fact that there has been nothing stopping investors from buying homes, fixing them up and renting them out, and the Obama Administrationâ€™s programs to stem the tide of foreclosures have all failed, albeit to varying degree. Likewise, Romney also seems to be oblivious to the now well-documented and widespread fraud that bankers have been accused of perpetrating against homeowners in the foreclosure process. 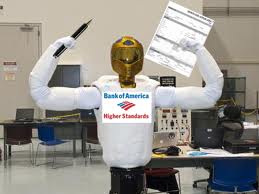 Various states have already filed lawsuits against several of the nationâ€™s largest banks and mortgage servicers, perhaps most notably by Nevadaâ€™s Attorney General, Catherine Cortez, whose second amended complaint is nothing short of a scathing indictment of their illegal practices.

Additionally, many other large banks have been hit with allegations of engaging in unsafe and unsound or even illegal practices, and have received formal regulatory sanctions from federal bank regulators, including the Office of the Comptroller of the Currency. Banks attempting to foreclose on borrowers have routinely forged signatures and fabricated documents, and an Ally Financial employee, Jeffrey Stephens, last fall admitted that he signed 10,000 foreclosure related documents a month without validating their claims.

This process, among others, has resulted in the overstatement of a borrowers’ debt and the charging of erroneous fees. In the most egregious examples of incompetence, banks have attempted to foreclose on homes that have been entirely paid off or owned by other banks. 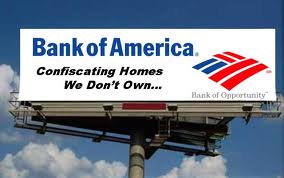 ProPublica recently reported that, according to a federal audit, Ally Financial, in more than 80 percent of cases, incorrectly calculated the amount of income earned by borrowers applying for loan modifications as part of the HAMP program. Yet, even in the face of such overwhelming evidence of bank malfeasance, Mr. Romney says let the free market take its course.

The Obama Administration lost no time making a political advantage out of Romneyâ€™s statements, although thereâ€™s no question that the administrationâ€™s track record on housing leaves much to be desired. The president had said that his HAMP initiative would help 3-4 million remain in their homes and avoid foreclosure, and although only 657,044 have received permanent modifications through the program, over 2 million homeowners have had their loans modified through in-house programs offered by banks.

Still, the administration has yet to sanction any of the banks for mistreatment of borrowers, which has been disappointing to say the least.

Ben LaBolt, a spokesperson for the Obama campaign, said:

“Mitt Romneyâ€™s message to Nevada homeowners struggling to pay their mortgage bills is simple: youâ€™re on your own, so step aside. Instead of offering an opportunity, like President Obama has, for responsible homeowners who were scammed by their lender or trapped by falling housing prices to refinance, Governor Romney believes we should instead let the foreclosure process ‘run its course and hit the bottom’ so that investors can come in and make a quick buck after families lose their homes.”

Reports are that at least one third of US homeowners are currently underwater, although that number is certainly much higher when looking at the most populated areas, and when you consider the number of vacant homes not yet on the market. Factoring in the number of adjustable rate and option ARM loans that have not yet adjusted higher, and itâ€™s easy to envision the number of foreclosures to come being significantly higher than current forecasts indicate.

Most troubling is the reality that no programs intended to mitigate the number of future foreclosures are currently in the works, and with Washington about to be consumed by the 2012 elections, it seems that nothing will even be contemplated until 2013. By then, Iâ€™m afraid the current situation will have deteriorated further, causing unemployment to increase and making the problem even more difficult to address.

Mr. Romney seems to be oblivious to any of these factors, preferring to simply allow the free market to do whatever it will do, regardless of the fact that untold numbers of homeowners have been the victims of fraudulent lending or foreclosure practices, and that the cause of the crisis was not the free market, but rather the destruction of the credit markets when investors lost trust in the ratings of securities sold by Wall Streetâ€™s investment bankers. 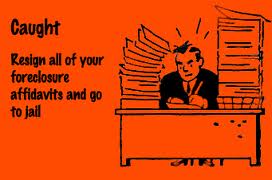 Romney has also offered a 160-page economic program and it offers nothing in terms of specific solutions to the housing crisis and in fact barely mentions it. And at the recently held Republican candidate debate, held in Las Vegas last Tuesday, none of the other candidates mentioned any thing close to a solution to the housing and foreclosure crisis. Besides Romney, only Rick Santorum had something to say:

â€śPeople who did things that were wrong, invested in things, took risks, were bailed out. And the folks who acted responsibly are now getting hurt because their houses have gone down in value. We need to let the markets work.â€ť

Mr. Romneyâ€™s statements, along with Santorumâ€™s and the absolute silence of the other GOP candidates, make clear that for many homeowners trapped in this tragic situation, the choice of candidate next year will be one of bad or worse. Letâ€™s just hope they manage to see clearly that as bad as the Obama Administration has been, the answer cannot be allowed to be â€śmake things worse,â€ť lest we find that we have left the proverbial frying pan for the unbearable option of a life in fire.