Home  »  MERS Has Trouble, Right There in Ohio, With a Capital ‘T’…

MERS Has Trouble, Right There in Ohio, With a Capital ‘T’… 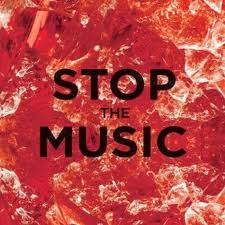 Geauga County’s prosecuting attorney, David P. Joyce has filed a class action lawsuit on behalf of the county “and all other similarly situated counties in Ohio,” against MERS and everybody else who used the MERS “scheme,” alleging that they violated Ohio law requiring that, “each and every mortgage assignment must be recorded in the proper Ohio county recording office,” and that by doing so, they avoided paying the counties the attendant recording fees.

Former Ohio Attorney General Marc Dann says the case does accurately represent what he referred to as “black letter law” in the State of Ohio for the last 200 years.  He also described the case as being fairly narrow in that it’s really going after the recording fees that were not paid to each county when the defendants used the MERS system, but in doing so, the case is also going to have to establish the problems with the over all MERS operation.

According to Dann, “Ohio law requires that transfers of beneficial interest be recorded in the appropriate county, so either they avoided paying the fees to the counties for what was otherwise a valid transfer, or perhaps the transfers were invalid, in which case many, many foreclosures should not have been allowed to happen.”

Geauga County is a small, rural county near Cleveland, Ohio, and Dann, who has his law office in Cleveland, has been fighting for the rights of Ohio homeowners since serving as the state’s Attorney General in 2007-08.  He says that if Geauga County’s prosecutor wins this case, he may be reopening thousands of foreclosures.

“This case asks court very directly whether the MERS system complies with state law.  If it doesn’t then I’m going to go back and reopen all of the foreclosures alleging that the transfers were invalid,” says Dann without hesitation.

The class action lawsuit, however, is about damages, and they could be substantial.  Dann says that the county recording fees are in the $30-$40 range, so in a state with over 80,000 foreclosures a year, and I have no idea how many mortgages that have been securitized over the last so many years, the amounts of fees avoided by easily reach into the millions. 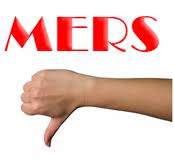 The complaint alleges that the MERS system is a “scheme” designed to evade the required recording fees and the suit specifically seeks payment of those fees, saying that in the securitization process mortgages are assigned at least twice.

Also included in the complaint is the allegation that the defendants “systematically broke chains of land title throughout Ohio counties’ public land records by creating ‘gaps’ due to missing mortgage assignments they failed to record, or by recoding patently false and/or misleading mortgage assignments.  Further the complaint  states that the “defendants’ failure to record has eviscerated the accuracy of Ohio’s counties’ public land records, rendering them unreliable and unverifiable.”

I asked renowned consumer bankruptcy attorney Max Gardner what he thought would happen if the case were to be successful and he said it could put MERS out of business, or certainly make it a costly mistake for all involved. 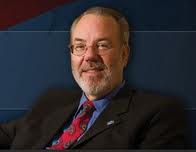 “MERS INC. is a wholly owned subsidiary of MERSCORP and has no assets to speak of, and MERSCORP has some assets but it looks to me like a multi-million dollar judgment would be beyond their ability to pay,” Max said.

“So, I guess they’d need a bailout,” he quips.  “If it even looks like the prosecutor is going to be able to win this case, it’ll definitely be time for MERS to make a call to Houston, you know to say, we’ve got a problem… and it’s a big problem,” Gardner adds.

Max says that, although this case is somewhat similar to a case previously filed in Minnesota, he’s not aware of “any other case alleging this theory filed by a state or county to-date.”

The complaint states that the “defendant’s purposeful failure” to record the mortgage assignments in compliance with state law has caused “far-reaching, devastating consequences for Ohio counties and their public land records.”  And further, that those damages “may never be entirely remedied.”  (Emphasis added.) 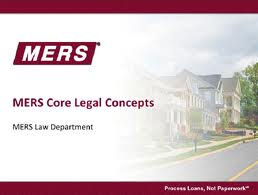 The lawsuit, which was filed on October 13, 2011, names as defendants: MERSCORP, INC. and Mortgage Electronic Registration System, Inc., but also names:

So, obviously this is one to watch, both for the homeowners in Ohio, and elsewhere.  The ramifications, should the case be successful, could very well spread to other states, as the Ohio counties involved could receive hundreds of thousands or millions of much-needed dollars.

Once again, the arrogance of MERS and the industry that created it is astounding.  I mean, to simply disregard out of hand, 200 years of Ohio state law, without a second thought, is remarkable.  And when I read that it may never be entirely remedied, I can’t help but wonder what the ultimate cost of what was done will be and who will one day be forced to pay it.

From talking with Marc Dann and Max Gardner, it looks like this is a case that will cause great concern back at MERS headquarters, and all I can say is… it’s about time.

You can find a copy of the complaint below…