Home  »  Former Sub-Prime Lenders Are Back to Profit Off of the Housing Meltdown. Seriously?

Former Sub-Prime Lenders Are Back to Profit Off of the Housing Meltdown. Seriously?

Warning: People with heart problems, pregnant women, and those with fully developed adult brains and a modicum of common sense are hereby warned that this article may cause high levels of stress and lead to serious mental and emotional problems that can lead one to feelings of despair that may last for extended periods of time and result in the inability to think rationally. 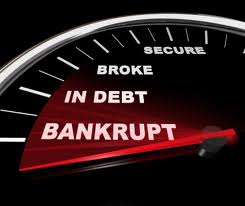 If you were thinking that the top executives at Countrywide, once the nation‚Äôs largest mortgage lender and the company that never saw a borrower they couldn‚Äôt qualify, had fallen from grace‚Ä¶ think again. They‚Äôre back with a vengeance and they‚Äôre positioning themselves to make a bundle off the housing meltdown. Yes, you read that correctly. Breathe‚Ä¶ breathe‚Ä¶

Apparently, they were not quite satisfied with the hundreds of millions they stole‚Ä¶ I mean made, so they‚Äôve launched a company that will buy distressed mortgages from banks and the government at a discount, modify the loans so that the borrowers can afford them and then pocket the profits from reselling them.

Want me to go over that again? 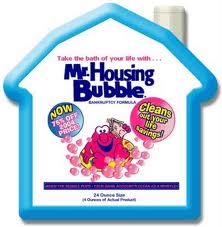 The company‚Äôs name is PennyMac Mortgage Investment Trust. It‚Äôs located in Countrywide’s hometown of Calabasas, California. PennyMac filed papers in late May for a $750 million initial public offering on Wall Street. The company‚Äôs founder and CEO is Stanford Kurland, a 27-year veteran of Countrywide. Kurland was Countrywide‚Äôs Chief Operating Officer, President, and the heir-apparent to CEO Angelo Mozilo who was recently indicted by the Securities and Exchange Commission (‚Äò‚ÄùSEC‚Äù) on charges of insider trading, among other things. Kurland left Countrywide in 2006, just a few days after cashing in $130 million worth of Countrywide stock. As a matter of fact, eleven of PennyMac’s 14 officers hail from Countrywide. I tried calling PennyMac for an interview or comment, but they said that they had to decline because they are in the quiet period that precedes an initial public offering, as mandated by the (‚ÄúSEC‚Äù).

Want me to go over that again? How are you feeling? You okay? Sure? Alright I‚Äôll go on‚Ä¶

It seems that many in the media have expressed concerns that what the ex-Countrywide execs are doing wouldn‚Äôt sit well with many Americans, but frankly I don‚Äôt see the problem. What‚Äôs the big deal? Hell, I think President Obama should just go ahead and give them the $750 million now‚Ä¶ oh wait‚Ä¶ actually, when you take into consideration the leverage and the credit default swaps, and the CDOs‚Ä¶ let‚Äôs call it an even $20 billion and write the damn check right now.

Don‚Äôt laugh‚Ä¶ I‚Äôm not kidding‚Ä¶ I‚Äôm dead serious here‚Ä¶ write the damn check Barack. Write it and sign the Gosh darn check on television, just like you do when you sign a bill that‚Äôs becoming the law of the land. Don‚Äôt screw around with this. If this is what we‚Äôre going to do in this country, then let‚Äôs do it publicly and with fan fare. If I‚Äôm going to get raped, I want a marching band, you slithering spineless sycophants.

How‚Äôs everybody doing? Want to take a little break? Get some air? No? Okay then‚Ä¶ 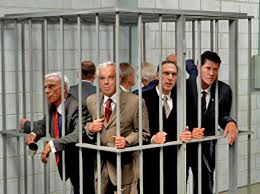 In case you‚Äôve been incarcerated in a foreign land, Countrywide sold itself to Bank of America in January of 2008, but they were back in the news last week because Mozilo, along with the former CFO and former COO, a successor of Kurland by the way, were charged with civil fraud. But they all deny the charges, so it‚Äôs probably nothing, and none of the three is involved with PennyMac‚Ä¶ you know‚Ä¶ depending on your definition of ‚Äúinvolved‚Äù.

Basically, the architects of the sub-prime lending that caused the greatest financial crisis in the history of mankind, are now going to profit from the crisis they caused by buying and selling the very sub-prime loans they couldn‚Äôt sell before, using money raised from selling shares of stock to the public.

Now isn‚Äôt that ridiculous? Dahmer selling body parts to a clinic? It‚Äôs nothing like that. That would just be gross. This is more like the Nazis committing the atrocities of the Holocaust‚Ä¶ twice in a row. The second time with the permission of the world. And then making money selling the body parts to a clinic.

Maybe I should stop. No? Are you sure? Look, I‚Äôm just saying‚Ä¶ No? Okay‚Ä¶ Don‚Äôt say I didn‚Äôt warn you…

PennyMac’s business model is based on keeping people in their homes, so some consumer advocates offered compliments‚Ä¶ and then they bowed past the knee and left the room without turning their backs on America‚Äôs royalty. The Times reported that ‚Äúmost banks and investors who own mortgages still seem to find foreclosure preferable to so-called workout solutions, and homeowners continue to report that their pleas for loan modifications fall on deaf ears.‚Äù So, PennyMac‚Äôs approach will actually benefit struggling homeowners. See, it‚Äôs a good thing. Thank God for those guys from Countrywide.

Oh God, I just threw-up in my mouth a little bit. Does anyone have any water?

PennyMac plans to buy the toxic mortgages from the banks at just pennies on the dollar, because apparently the banks will sell the toxic assets to them at pennies on the dollar. Paulson, however, had to pay full price, if you recall. And PennyMac is only buying whole entire mortgages, not mortgages that have been sliced and diced into so many pieces and then made into securities sold to multiple investors. When asked why, in an imaginary interview with PennyMac‚Äôs CEO, he said: ‚ÄúWhat do you think? We‚Äôre stupid?‚Äù

So, PennyMac is actually one of the ‚Äúgood guys‚Äù. All they‚Äôre trying to do is help make mortgages affordable. Well, shave my head and call me Baldy. Why not. The banks haven‚Äôt been able to do it. Two administrations have certainly failed to-date. Here‚Äôs how the Times put it:

‚ÄúThat means it wants the apple-pie result of loan modifications to make mortgages affordable – something that banks haven’t pulled off, despite months of prodding from Congress and two administrations.‚Äù

And Paul Leonard, director of the California office in Oakland for the Center for Responsible Lending said:

And then he added:

“It’s hard to overlook the fact that these are Countrywide veterans who no doubt contributed to some of the sophisticated schemes to sell bad loans to borrowers and make great profits, who are now finding profitable ways of fixing those loans.”

Is it? Is it hard to overlook that one little hinky thing? I don‚Äôt know why? How about one more little thingy that might be hard for some to overlook‚Ä¶

PennyMac has received mega-bucks from BlackRock, the investment manager that, in ‚Äúno bid‚Äù contracts, been paid some $71 million to help the government and banks dispose of toxic assets – such as the mortgages PennyMac ‚Äúhopes‚Äù to buy on the cheap. They ‚Äúhope‚Äù to buy on them cheap? ‚ÄúThey hope to‚Äù? Why do I think it‚Äôs more than just a ‚Äúhope‚Äù? Is ‚Äúhope‚Äù a business strategy? I‚Äôve never heard of a company going public and selling stock because they merely ‚Äúhope‚Äù something will happen. Maybe I‚Äôve just become too skeptical.

To be fair, PennyMac is not the only company planning to capitalize on the increasingly precipitous drop in housing prices that has created a bona fide engorgement of distressed mortgages and foreclosures. They may, however, be unique in their stated plan to modify the distressed loans in order to ‚Äúhelp‚Äù homeowners.

“Their ability to make money is going to be pretty impressive,” he said. “The key to making money in the distressed market is the servicing. The best way to do that is to start from scratch, and that’s what they did; they have former loan officers dealing with distressed borrowers. Servicers who were in place during the real estate boom are more like the Titanic; it takes them forever to shift directions,” so they have not been able to ramp up to do mass loan modifications.

Really? And here I keep hearing that the Obama plan was doing zillions of loan modifications for free. Who knew? So, maybe the whole private sector loan modification strategy isn‚Äôt such a bad thing after all. I guess it‚Äôs okay as long as the people doing it aren‚Äôt ‚Äúscammers‚Äù. See, because it‚Äôs the Countrywide and IndyMac guys‚Ä¶ it‚Äôs okay. Are you starting to get it now?

“They capitalized on the way up, left at the right time, and now are going to capitalize on the way down,” Taylor said. “From the business person’s perspective, you have to say, that’s pretty smart. From a moral, integrity, ethics perspective, it can be questionable.”

Yes, Richard‚Ä¶ I suppose from a moral, ethical and integrity perspective it can be a tad ‚Äúquestionable‚Äù. That‚Äôs one way to put it, anyway. I might phrase it somewhat differently, but that‚Äôs just me.

Here‚Äôs perhaps the best part of PennyMac‚Äôs business plan. PennyMac is a REIT (‚Äúreal estate investment trust‚Äù), which means it doesn‚Äôt have to pay federal taxes, because it will pay out its profits to its investors. Woo-hoo! All that and no taxes too? Is this a great country or what? Could it be any better?

According to PennyMac‚Äôs Wall Street filing, the new company will be a subsidiary of a company by the name of Private National Mortgage Acceptance Corp., which is owned by Kurland who founded the company a year ago. To start that company Kurland raised $584 million as of March 31, 2009, and has already spent $226 million of that bounty.

In PennyMac’s Wall Street filing we are provided with a window into the insider views of today‚Äôs market.

“We believe that there are unique, current market opportunities to acquire distressed mortgage loans and mortgage-related assets at significant discounts to their unpaid principal balances,” the company wrote. “We believe that more than $1 trillion of (residential mortgage) loans are troubled or at significant risk of default in their present state.”

Already, PennyMac has a mammoth deal under its belt. It negotiated a deal to pay the FDIC $43.2 million for $560 million in distressed home loans from the failed First National Bank of Nevada. PennyMac keeps 20-40 percent of every dollar it collects and Uncle Sam gets the rest. Such a deal.

PennyMac‚Äôs prospectus does mention that the company‚Äôs Countrywide heritage could have a drawback or two‚Ä¶ maybe.

“There are several lawsuits pending against Countrywide and certain of its former officers,” the prospectus says, adding that there was a possibility of civil charges against Mozilo.

Gee, is that really ‚Äúpossible‚Äù? Why would anyone think that?

Ah, who cares, right? We‚Äôre talking about making big bucks here. Even if Kurland ends up in jail, he‚Äôll probably still be able to run things from inside, I would think. And I would call my Merrill Lynch broker and tell him I want in on the IPO right now, except that he‚Äôs working as a teller at a Bank of America in Des Moines. 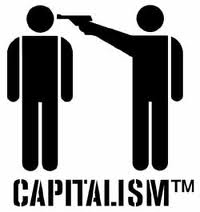 So, listen up‚Ä¶ here‚Äôs the play‚Ä¶ stop making your mortgage payments so you make your mortgage as toxic an asset as possible. Then just sit back and wait for it to be bought by PennyMac for pennies on the dollar. Then they‚Äôll modify your mortgage so you can keep your home, sell your mortgage back to the investors they bought it from and make a huge profit from the transaction‚Ä¶ which in turn will be returned to you as a shareholder in PennyMac!

The bank won‚Äôt mind because the Treasury will make them whole on whatever money they lose on your mortgage, and they won‚Äôt have to screw around with those annoying loan modifications they hate doing and hardly ever do as a result. And as long as you keep your income under $250k a year, your taxes won‚Äôt even go up as a result! And you‚Äôll get free health care to boot!

Come on, sing it with me‚Ä¶