I‚Äôm no expert, but I have had some experience with PTSD.¬† One of my closest friends was a helicopter gunner during the Vietnam War.¬† He had 19 confirmed kills, and was awarded the Purple Heart after his helicopter was blown up and he was thrown a hundred feet or more into a rice paddy.

He woke up with water being splashed in his face‚Ä¶ bullets from a sniper nearby.¬† He ran, was shot in the back, and luckily later picked up and taken to an army base where he remained in the hospital for several months.¬† After that he was sent home‚Ä¶ it was 1969, and he returned to a very confusing time.

He struggled with PTSD for the rest of his life.¬† We were friends for many years, he was a roommate of mine before I got married.¬† He passed away last year, it was cancer that finally got him, but the cause of that cancer, I‚Äôm quite sure was the PTSD that led him to a lifestyle that at many times, his friends knew was suicidal.

PTSD is a very real.¬† It can kill you.¬† I‚Äôve seen it up close and personal.

During WWI it was called ‚Äúshell shock.‚ÄĚ¬† Ever since the Vietnam era we‚Äôve known it as ‚Äúpost-traumatic stress disorder‚ÄĚ (‚ÄúPTSD‚ÄĚ).¬† It‚Äôs a term that describes the psychological consequences of exposure to stressful, life-threatening and traumatic experiences.¬† PTSD is considered a chronic condition, whose symptoms can include nightmares, flashbacks, sleep abnormalities, depression, dizziness, fainting, emotional numbing, extreme distress, and anger outbursts, among others.

Individuals diagnosed as having PTSD are in general considered to be perilously close to a break from reality, usually by succumbing to any of several¬†neuroses or¬†psychoses.¬† PTSD changes the body’s response to stress.¬† It affects the stress hormones and chemicals that carry information between the nerves, called neurotransmitters.

A sub-category of PTSD is termed LAS‚Ä¶ or Legal Abuse Syndrome. 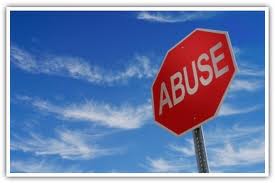 I hear from homeowners all over the country every single day.¬† They are engaged in their own personal battles against banks and mortgage servicers as they try to save their homes from foreclosure.¬† Some cry to the point that they are sobbing‚Ä¶ others are enraged, some have given up‚Ä¶ some talk of ending their own lives.¬† One woman, who I think of often, told me she has become a shut-in, no longer able to go outside or answer the phone without overwhelming fear.

Homeowners who have been forced into litigation in an attempt to save their homes, whether choosing to represent themselves, or hire an attorney, are battling against the largest financial institutions in the world in a court system that‚Äôs anything but friendly or understanding.¬† Some have been fighting such battles for years.¬† Many feel they have been denied justice, and many have very good reason to feel that way.

I can‚Äôt even count the number of divorces that the foreclosure crisis has created.¬† Often one spouse blames the other for making some decision during the housing bubble.¬† I remember one husband and father who called me to say that after 18 months trying to get a loan modified, his wife had taken the kids and left.¬† He was a senior vice president at a major bank, and you c an guess which bank was giving him such a hard time over the modification‚Ä¶ that‚Äôs right‚Ä¶ his employer.

And I‚Äôve felt the sadness when a call is made to tell me that someone decided to take their own life rather than endure the shock and/or shame that losing a home to foreclosure can mean.

I want to do whatever I can to help homeowners who reach out to me, and I certainly try to help if I can. ¬†Sometimes I can write about their plight and it has helped. ¬†But, too often all I can do is listen, explain that what‚Äôs happening is not their fault, maybe make them laugh‚Ä¶ and perhaps refer them to an attorney who I know and trust. 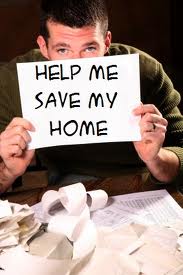 I‚Äôm no expert at treating someone who to my way of thinking has PTSD from dealing with the banks and/or the courts as they try to save their home.¬† But Dr. Karen Huffer is the nation‚Äôs leading expert at helping those suffering from LAS, or Legal Abuse Syndrome.

Dr. Huffer is Associate Professor of Forensic Psychology at Kings University.¬† She is the author of ‚ÄúOvercoming the Devastation of Legal Abuse Syndrome,‚ÄĚ and has devoted more than 20 years to researching, diagnosing and treating PTSD and other trauma disorders.¬† She is an ADA Title II and Title III Specialist, and has been an ADA Section 504 consultant.¬† She has worked with schools, businesses and the judicial system to provide effective accommodations for those who suffer from disabilities.

In 2008, Karin‚Äôs extensive work led to the acknowledgement by the ADA that our judicial system can and does cause traumatic stress in those who seek civilized, fair, due process of law and redress of grievances.

According to Dr. Huffer:

‚ÄúLEGAL ABUSE SYNDROME (LAS) is a form of post-traumatic stress disorder (PTSD). ¬†It is a psychic injury, not a mental illness. ¬†It is a personal injury that develops in individuals assaulted by ethical violations, legal abuses, betrayals, and fraud. Abuse of power and authority and a profound lack of accountability in our courts have become rampant, compounding an already stressful experience.

This stress can and does lead to physical illness. AMA statistics show that around 85% of all physical illness is directly attributable to stress. Legal Abuse Syndrome is a public health menace in this country. ¬†It leads to massive medical intervention costs, burdens insurance companies, and adds to Medicare and Social Security costs. ¬†Most painfully, it crushes the brilliance and creativity of its sufferers.¬†¬†Legal Abuse Syndrome is detrimental to all of society, and nobody is immune.

Whatever the court setting, whether it is regarding divorce, child custody, parental support, probate matters, personal injury, property disputes, legal or medical malpractice, criminal charges or other deeply personal issues, the¬†frauds put forth in¬†our courts add greatly to the trauma.

When litigants are unable to get fair resolution to their issues, when the court dysfunction further adds to the litigant’s burden, when no amount of actual case law compels an equitable outcome, litigants often suffer disabling levels of stress. When further attempts to achieve redress fail, litigants display the hallmark signs of Legal Abuse Syndrome (LAS).

Medical and psychological treatment for PTSD is compensable under most health insurance. To learn more about PTSD see http://traumacenter.org.‚ÄĚ

Dr. Huffer‚Äôs head up an organization called Legal Victim Assistance Advocates (‚ÄúLVAA‚ÄĚ), whose main focus is helping disabled litigants under the Americans with Disabilities Act (ADA), as well as moving forward with the disabled community to ensure all civil rights are maintained.

Dr. Karin Huffer, M.S., M.F.T., is the accommodations designer. She works together with a patient‚Äôs physicians and court personnel to create a blueprint individualized to meet each litigant‚Äôs unique needs.¬† Dr. Huffer is the only nationally recognized expert witness within this field. She has appeared in numerous jurisdictions within this nation over the last twenty years and continues to advocate for not only disabled individuals but as well as women‚Äôs and children‚Äôs rights and fights to stop domestic violence and all abuses.

Litigants with disabilities feel that they are wrong or crazy when their best efforts do not succeed in court.¬† We at LVAA are advocates, consultants, and expert witnesses serving those who have suffered from ethical or legal abuses and who need rational assistance in facing what will feel like a system and life out of control.

‚ÄĘ We design and communicate to the court ADA accommodations for litigants with special needs.

‚ÄĘ We advocate for the functionally impaired in court.

Dr. Huffer‚Äôs goal is to promote a fair court process with an attitude of inclusion and tolerance. Her firm‚Äôs advocates enhance security, dignity and respect for every person.¬† LVAA helps the courts to better assist and serve those with special needs according to ADAAA mandates.

Their mission is affirmed by the Universal Declaration of Human Rights, 1948, the Convention on the Elimination of Discrimination Against Women of 1979, The ABA Resolution of 2002, The Americans with Disabilities Act Titles II & III, of 1990, the ADAAA of 2008, and the International Treaty for the Disabled of 2009.

There are two videos below.¬† One is an interview with Dr. Huffer, and the other is someone who was helped by Dr. Huffer and her programs.

This crisis is not going to be over anytime soon‚Ä¶ it‚Äôll be many years before we will have put it behind us.¬† And if you feel you need help, there‚Äôs certainly no shame in asking for it.