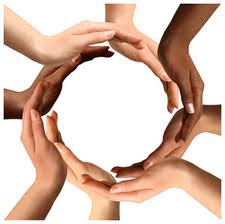 Here’s the second version of the trailer for “Irresponsible Borrowers,” the documentary that will show the country and the world the truth about the foreclosure crisis… that it is not the fault of borrowers, but rather it was and is being caused by the bankers of Wall Street who have placed the blame on those that have no voice… until now.

After writing over 500 in-depth articles on the political, social, economic and legal aspects of the crisis, Mandelman Matters is producing this documentary to lay out for the nation the facts of the crisis, interviewing homeowners, attorneys, and other experts to give a voice to those whose lives have unnecessarily been torn apart as our government looked the other way.

Watch it. ┬ĀLink to it. ┬ĀPost it. ┬ĀSupport it. ┬ĀEveryone who contributes will be listed in the credits and we plan to take the film all the way to the Academy Awards. ┬ĀIf “Inside Job” can do it… so can we. ┬ĀBut only with your help… your stories and your financial support.

The final documentary will be delivered on DVD to every member of congress… to the White House… to every major media outlet… to the governors’ desks in all 50 states… help us make your voice heard. ┬ĀI’ve traveled to several states to speak with members of their legislatures and found that many still don’t understand the crisis… many barely acknowledge its existence. ┬ĀMe telling them about it… well, it’s not going to cut it… and we’re not going to win this war in the courts alone.

And I promise you this… the foreclosure crisis will only worsen… it will not end by itself… foreclosures only breed foreclosures… and we will see no economic recovery until it is addressed. And it will not be addressed until it’s understood.

Well… that’s all I have to say for the moment… click play and I’ll let the video speak for itself. Then please consider making a contribution below…