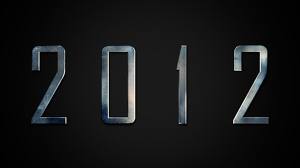 First let me just say that I am not really picking on Rep. Boehner so much individually, as I am picking on both him and his GOP cohorts, collectively. That is to say that President Obama will be re-elected to a second term in 2012 because‚Ä¶ well, because he‚Äôll be running unopposed‚Ä¶ essentially.

If you‚Äôre someone generally predisposed to vote for the GOP‚Äôs candidate, or if you‚Äôre just someone who feels major disappointment over what has transpired during Obama‚Äôs first term and is therefore ready to jump ship in ‚Äė12, do you not see that as being the case?¬† If not, I would only suggest it‚Äôs a case of willful blindness.

Obama will win because the guys on the right side of the aisle are no longer a ‚Äúpolitical party,‚ÄĚ in fact, they‚Äôre barely an ‚Äúinformal get together.‚ÄĚ¬† The GOP has degenerated into a divided-you-fall group of confused ideologues, unsure of the difference between right and politically expedience.¬† In plainer terms, you guys on the right are a mess… an embarrassing mess.

Anyone who reads me regularly knows that I have been no fan of the Democrats or the Obama Administration‚Äôs attitude, acts or attempts at solving our nation‚Äôs significant economic issues.¬† As administrations go, Obama‚Äôs has been anything but transparent, and that alone is offensive enough, but his decision to flat out ignore the housing and mortgage crisis has placed this country in real economic danger going forward, and that is, in my mind unforgivable.

And yet, here I sit, prepared to ignore the upcoming political season, at least as far as the contest for president is concerned, because there‚Äôs nothing to be gained one way or the other by attending to it.¬† Unless Obama is caught on video wearing his own ‚Äúblue dress,‚ÄĚ he‚Äôs our prez for another four.

Watching the debate over the debt ceiling was emblematic of the situation we face.¬† The whole thing was maddening, there‚Äôs no question about that, theater… yes… but beyond that‚Ä¶ well, it was stupid.¬† I mean, if Goldman Sachs and Bank of America were ‚Äútoo big to fail‚ÄĚ in ‚Äô08, then why wouldn‚Äôt the United States in its entirety fall under the same sort of policy in 2011?¬† Our banks are too big to be allowed to fail, but our nation‚Äôs treasury‚Ä¶ nah, let it default?

Speaker Boehner, telling Congress and the American people that he had worked his way into the top spot in the House in order to do more than just go to fancy meals and play golf, leapt into action.¬† I don‚Äôt know what it looked like to you, but to me it appeared that he contacted the White House and asked for a tee time.¬† Next thing I knew, Mr. Speaker and the Prez were out on the links hammering out a bi-partisan save-the-world type of deal.

And they did‚Ä¶ for a few hours, anyway.¬† According to Carl Hulse writing for The New York Times in July, the deal they fleetingly struck was ‚Äútransformational,‚ÄĚ and I think it‚Äôs safe to say that right about now, ‚Äútransformational‚ÄĚ would be a good thing.¬† Obama and Boehner‚Äôs compromise would have cut our government‚Äôs spending by up to $4 trillion over the next 10 years, made significant changes to the tax code, and taken steps toward the shoring up of Medicare and Social Security.

Of course, that ‚Äúbi-partisan compromise‚ÄĚ came apart at the seams one Saturday night when Speaker Boehner, citing the White House‚Äôs insistence on tax increases, walked away from the deal.¬† Listening to him explain why he was backing out, I could have sworn that I heard beeping in the background.¬† Clearly, the Republicans in the House are never going to be okay with allowing the Bush tax cuts to expire, and it doesn‚Äôt matter what that means to the nation in other areas.

The tax cuts I‚Äôm referring to should be seen as a relatively minor issue‚Ä¶ allowing the top bracket to return to paying roughly 39% instead of 35%, as they did during the Clinton administration would hardly signal the end of the world as we know it‚Ä¶ and there‚Äôs no question as to whether the rich, and by ‚Äúrich‚ÄĚ I do mean the top 1 percent‚Ä¶ have disproportionately benefited from their largesse.¬† But, to the GOP‚Äôs leaders, allowing the Bush tax cuts to expire would drive a stake through the heart of the economic recovery that‚Äôs not occurring by not allowing them to expire.

The GOP likes to refer to those that benefit most from the tax cuts as ‚Äújob creators,‚ÄĚ which when you look at the unemployment numbers over the last four years plus, is just laughable.¬† But yet, Speaker Boehner was quite clearly told over that weekend by others in his ‚Äúparty‚ÄĚ that he would not be supported as long as the Bush tax cuts were expendable.

Clearly‚Ä¶ and incredibly‚Ä¶ the GOP would rather see anything else get cut, including Medicare.¬† And on the other side of the aisle, the Democrats would rather see the tax cuts expire than anything else.¬† It‚Äôs very much as if the unstoppable force has met the immovable object‚Ä¶ and we‚Ä¶ you and I‚Ä¶ are paying the price as our nation continues to circle the drain in a race to the bottom.

Republicans viewed Speaker Boehner‚Äôs ideas as a harbinger for political disaster. First and foremost, they saw the deal as having the potential to hand the Democrats what could be seen as a major victory by extending the Bush tax cuts ONLY for the middle class.¬† That horrific reality, they believe, would end up costing House Republicans the majority in 2012 by throwing out the tax breaks for the wealthiest Americans.¬† And to that I can only say, shut up, shut up, shut up.

Look, I‚Äôve been an ‚Äúemployer‚ÄĚ for some 20 years, and I‚Äôd just like to assure everyone that breaking the collective back of our nation‚Äôs middle class is precisely what is stopping America‚Äôs employers from spending the massive amounts of cash in their coffers on plans to expand and grow.¬† I don‚Äôt care what you do about corporate taxes, Best Buy isn‚Äôt expanding until America‚Äôs middle class can afford to shop there again.¬† Capisce?

Speaker Boehner must know this to be the case as well, after all, it‚Äôs not exactly a sophisticated concept, but his party‚Äôs unity on this and other issues is akin to shattered crystal being held together with superglue.¬† The Republicans, if there even is such a thing as ‚Äúthe Republicans,‚ÄĚ and I would argue there is not, have made it clear that they will do anything to maintain the status quo for big business, too-big-to-fail bankers and the wealthiest Americans.¬† Now there‚Äôs a platform I‚Äôm sure will do very well in 2012‚Ä¶ not.

What we should all have learned from watching the debt ceiling debates and our House Speaker run from a deal of his own making, is that we need politicians willing to take political chances, and in that regard we are woefully lacking.¬† Mr. Boehner is but one example of where we‚Äôre coming up short, but if we the people don‚Äôt start speaking out soon, demanding that decisions be made in our country‚Äôs interest and not to appease the banking class, the price we will be forced to pay is sure to exceed our available balance.

And so I give you this month‚Äôs rear‚Ä¶ House Speaker John Boehner‚Ä¶ and our next President of the United States, Barack Obama. ¬†Now, I should say that my good friend Max Gardner disagrees with my forecast for the 2012 Presidential Election… he says Obama can’t… or at least may not… win.

Max is one of the smartest people I know and he’s no stranger to politics in this country, so when he talks… I listen. ¬†But, given the options I see today, I’m still going to vote for Obama in 2012… unless it’s raining… or something good is on TV… or my sock drawer looks like it needs to be rearranged.

The thing is… Max may just be right.

Although I don’t think I could prove what I’m about to say… one of the reasons Obama won in 2008 was that people believed that he would help save people from losing their homes to foreclosure. ¬†It’s not an issue that polls well, however, so I’m not sure if I could find actual data to support that statement, but I’m sure I’m right.

Fast forward to the mid-terms in 2010… the Democrats got their walking papers because of their mis-handling of the foreclosure crisis. ¬†Again, not an issue that polls well, but again I’m right.

Now let’s look at 2012… Florida, Arizona, Nevada, Ohio, and Michigan… all considered “swing states” and all hotbeds of the foreclosure crisis. ¬†Obama can’t win without these swing states… period. ¬†Those five states alone deliver 80 of the 270 electoral votes needed to win the presidency.

And a lot of people in these states that voted for Obama in 2008… well, they HATE him today. ¬†And yes, I do mean HATE him. ¬†Like, with the white hot intensity of a thousand suns… get the picture.

You see, Mandelman Matters is my own private focus group. ¬†I hear from so many homeowners from all across the country daily and over time I can take the pulse of a very large segment of voters. ¬†That’s why, in 2009 when I told a D.C. lobbyist that the Dems were going to get killed in the mid-terms and she didn’t believe me… well, I was right. ¬†So, even though I still believe that most folks won’t vote for the alternative no matter what, it’s starting to look possible that the distressed homeowner voting block, if there is such a thing, could sway the race.

The truth is, I think the GOP will be crushed if Max is right and Obama loses. ¬†The Republicans, if they’re thinking at all clearly, would have to be insane to want to win the presidency this time around. ¬†The House, they’ve already got… the Senate… well, they’d love to win that for sure. ¬†But the presidency? ¬†They’d have to be insane to want that brass ring this time around. ¬†Nope… Obama is perfect for the Republicans right where he is… he can’t get anything done… he loves Wall Street almost like Shelby loves Wall Street… and they get to blame everything that goes badly… on him. ¬†It’s really quite a fabulous arrangement if you look at it right.

So… bring on the Perrys… the Bachmans… the Palins… Newt… Mitt… Rudy… Huntsman… Johnson… Paul… or even Santorum. ¬†Oh, who am I forgetting… that’s right… what’s his name… you know… that black racist ex-banker… Cain, yeah, bring him back too… why the heck not? ¬†And some have even suggested that the GOP’s candidate hasn’t even announced his or her candidacy as yet.

Is it me, or has this whole American political thing become nothing more than a choice between frying pan or fire and brimstone? ¬†I’m starting to think the debates would be better with a laugh track.

Like I said… I’m voting for Obama again… assuming the weather holds up.