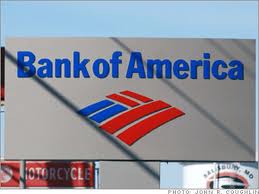 A homeowner from Tennessee called me today in a panic because she had just been notified that Bank of America is planning to sell her home at auction on October 19th.  She was very upset, and even downright scared, truth be told.  She’s disabled and has lived in the home for the past 16 years.  She doesn’t know where she’d go, and doesn’t see how she could possibly move out in under a month.

Her name is Cynthia McMahan and she lives in Knoxville.

She also admitted to being quite confused, and understandably so, because she’s not in foreclosure.  Nor, is she late on her mortgage payments.

I tried to explain to her that none of that mattered.  Bank of America obviously wants her out, so she had better start packing.

“So what?” I replied.  “Why should any of that mean that you get to keep living in your house?”

Silence.  Clearly, I had her.

“But… I signed the contract they sent me, and I made all my payments…” her voice was trembling now and I could tell that she was less and less sure of her position.

“Who said that your home was to be auctioned off on October 19th?” I asked.

“A lawyer from Wilson & Associates PLLC in Little Rock, Arkansas.  Her name is Shellie Wallace, Attorney at Law,” she replied.

“And did you call Bank of America to beg and plead?” I inquired.

“Yes,” she said.  “But first they left me on hold for an hour, and then when the woman came back on she said there was nothing to worry about because I’m not in foreclosure… that I should put my trust in trust Bank of America and everything would be just fine.”

“Well, I called that lawyer from Wilson & Associates to tell her that Bank of America said that I’m not even in foreclosure, and that my home isn’t going to be sold on October 19th,” she explained.  “But she said the bank was wrong and that I’d be out on the street if I didn’t make some plans to live somewhere else.”

“Okay, so are you making plans to live somewhere else?  I mean, that lawyer sounds like she knows what she’s talking about,” I said bluntly.

“Look, this is Bank of America we’re talking about here, so I really don’t see that you have much choice,” I said trying to be helpful.  “What about a tent, do you own a tent?”

“Isn’t there anything you can do?  I read your blog… can’t you help me in any way?  Everyone said you’d be able to help,” she pleaded.

“This isn’t fair… it’s not right.  Bank of America has been torturing me for over two years… I’ve done everything they asked, over and over again.  And after all that… they’re going to sell my house right out from under me and there’s nothing I can do?  How can that be?  You have to help me… ”  Her breathing was getting heavier as she spoke.

“I’m sorry, did you say something… I was just watching a Gomer Pyle re-run,” I explained.  The one where Sergeant Carter makes Gomer go on a double date… that show always cracks me up… sorry, go on, what were you saying?”

She was sobbing now…

“Can you hold on for a sec,” I asked.  “The dryer just buzzed and I don’t want my shorts to wrinkle.  Hang on, I’ll be right back…”

“Oh my God,” she screamed into the phone…

“Okay, okay… don’t get your panties in a bundle… there is one thing I could try…” I said, not really having any idea what I was talking about at the time.

But then… all of a sudden… out of nowhere… it came to me.  And the voice said… If you post it, they will come…

Just in case you’ve forgotten, the homeowner’s name is Cynthia McMahan from Knoxville.

And I’m just sure she’d be very appreciative if anyone could lob a call or an email on her behalf over to the nice trust worthy folks at Bank of America and maybe that nice lawyer too.  So, what do you think, DOERS?

Let’s hit this one out of the park for Cynthia in Knoxville, shall we?  Come on… did you have a frustrating day?  Me too.  So, here’s something to take all that frustration out on, what do you say?  The woman is current… just signed her permanent loan modification three months ago.  And now this?

I don’t know about you, but I’m damn tired of Bank of America torturing folks on a daily basis, especially the ones like Cynthia.  Let’s do something memorable, shall we?

Shellie Wallace is a Partner and Supervising Attorney of the Foreclosure Legal and Foreclosure Title Departments. She received her education from Arkansas Tech University (B.A., 1989, Highest Honors) and the University of Arkansas at Little Rock School of Law (J.D., 1992). She was admitted to the Bar of the State of Arkansas in 1992. She is a member of the Arkansas Bar Association, serving on the Debtor/Creditor and Real Estate Law Committees.

And let us not forget the Grand Poobah at good ole’ Bank of America:

The word on the street is that if you call enough, Matthew Task will answer his phone eventually, but that sending emails directly to Bryan Moynihan generally gets a lot more attention.

Oh, and Bryan Moynihan… you should thank me for only sending my DOERS… ‘cause if they don’t take care of this… I’m coming… and hell’s coming with me.  Fix this and fix it now…

And if you haven’t already donated in support of the documentary I’m in the middle of producing on the foreclosure crisis, you’re letting the rest of the homeowners down.  It doesn’t matter how much… send a dollar for heaven’s sake… sign on as someone who wants the voice of homeowners to be heard.  Seriously, what’s holding you back?