Home  »  If Your Economic Forecasts are Wrong All the Time, Aren’t You Just Guessing?

If Your Economic Forecasts are Wrong All the Time, Aren’t You Just Guessing? 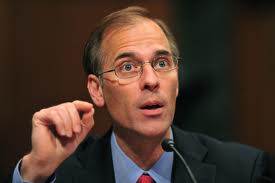 Economic forecasts… Fascinating stuff, no question about it. ┬ĀFortune 500 companies spend enormous sums on such forecasts in an effort to know what will appear in tomorrow’s newspapers… today.

Of course, no one has a crystal ball.┬Ā So, forecasting future events is always risky business to at least some degree. ┬ĀIn fact, it’s often not even that easy to determine what’s going on in the present, economically speaking, let alone what will be happening in the future.

I majored in economics as an undergrad, and went on to take a fair number of econ classes as a graduate student while pursuing my MBA, so I’m at least conversant on the subject. I certainly know enough to hold my own or even dominate any cocktail party economic summit, and I’d even go as far as to say that I’d be willing to get into a debate with a university professor, assuming the topic were one on which I’d recently studied up. ┬ĀAll PhDs are not created to be equally erudite, as I’ve learned over my matriculating years, and there are more than a handful of profs at every business school I’ve ever been exposed to, that I’d bet money couldn’t keep a lemonade stand open over the summer.

So, even during relatively stable times, you’ve always had to be careful when acting based on someone’s forecast. ┬ĀDuring unstable times, however, considering the source is to be considered nothing short of potentially lifesaving. Only hindsight, as they say, offers the clarity of 20/20 vision.

Years ago, the primary concern when deciding whether to place stock in someone’s forecast was determining the school of economic thinking to which the forecaster generally subscribed. Was he or she a disciple of Keynes or Friedman? That sort of thing.

Today, it’s a lot more complicated than that. Forget about mere perspective, and the fact that we are living in the least stable of times in modern history, today you have to wonder if the opinion you’re hearing is really just a balding infomercial in a suit, an earnest opinion based on bad data, or whether you’re simply listening to a complete idiot. 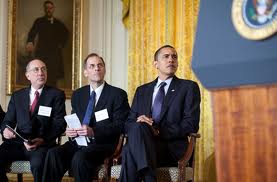 So, when it comes to today’s tele-economists, the one that seems to be the go-to-guy of late, is Mark Zandi.

Zandi is the Chief Economist at Moody’s Analytics… you remember Moody’s… the folks that got paid to slap AAA on anything that even remotely resembled a top tranche of a securitized pool of loans just a few years back. Largely because of the crackerjack work and cannot-be-bought ethics at Moody’s, the next time institutional investors will be buying MBSs and CDOs will be about the time that I’m ready to go long on a dot-com IPO with no profits and a plan to monetize eyeballs.

It seems that whenever a network is told to be more upbeat about the abysmal economic news that continues to slap our collective face, they trot feel good economist Zandi out there to babble incoherently about how the recovery of the housing market will be in full swing by the current years end, although he still sees foreclosures through the end of the following year, whichever year is coming up next. ┬ĀAs of today, Zandi sees foreclosures through 2012.

I suppose eventually, he’ll be right.

On August 9, 2006, Zandi told Newsday that ” it will probably be three or four quarters before we see the bottom of the housing market.”

Then in late October he claimed that the housing market’s correction was in “full swing” and that it probably had another year before it would bottom out.

In March of 2007, Zandi saw a bottom in the spring or summer of that year, and he claimed that the weakness in housing was only concentrated in certain areas and that there was no evidence that the entire market was “caving in.” 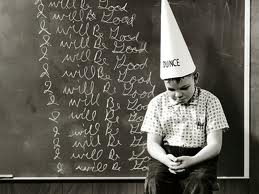 In September of 2007, Zandi told CNN/Money that foreclosures would peak in 2008 at about 900,000, of course that was also when Zandi was “fundamentally optimistic” that we wouldn’t see any serious number of jobs lost, and he pegged the probability of recession at about 40 percent.

Fast forward to April 2, 2009, and Zandi was telling CNN that housing prices would bottom out by the end of that year, but less than 30 days later he told CNN that he was convinced that we had already hit bottom, but that it would be 2010 before prices started coming back.

Back where, you might have quite reasonably wondered? ┬ĀDon’t stop him, I would have answered, he’s on a roll and you’ll only confuse him.

The fact is, Zandi never shuts up for even two months straight. He forecasts incorrectly almost EVERY SINGLE MONTH, and I’m only including the qualifier “almost” to play it safe even though I can’t find a single month in which he missed saying something stupid.

In October of 2009 he told Kiplinger that foreclosures wouldn’t “ebb until 2011,” and just a couple months later, in December 2009, he predicted that Fannie and Freddie would start making us taxpayers a profit in a few years. A profit?┬Ā Fannie and Freddie combined have lost so much money and cost taxpayers so many trillions that itŌĆÖs going to take ŌĆ£a few yearsŌĆØ just to add up their total cost.

Mr. ZandiŌĆ” unless next year, ten million aliens with insatiable appetites for homes in this country, and carrying suitcases of cash, land in BaltimoreŌĆ” Fannie and Freddie have no potential whatsoever to be profitable any time soon. 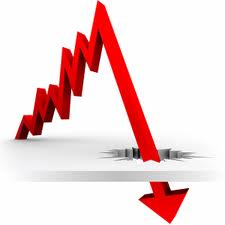 So, in May of 2010, I wasnŌĆÖt the least bit surprised to find Zandi telling Marketwire that we had now hit bottom and would see a rebound in the housing markets by the end of 2011, unless demand increased faster than expected in which case we could see prices rise even sooner than that.

All I could think in response to that statement wasŌĆ” Well, thank you Adam Smith, I had no idea that demand going up had anything to do with prices. ┬ĀI guess you donŌĆÖt cover that sort of technical stuff until you do a doctorate in economics.

And this year has been no exception.┬Ā Just over a month ago, Zandi, in an interview with Gwen Ifill, Zandi was asked if he agreed with a statement made by Rick Sharga of RealtyTrac, another moron of the forecasting world, who said that he thought we were ŌĆ£very close to the bottomŌĆØ and that we would likely ŌĆ£bump along that bottom for a couple of years while we go through this inventory of distressed properties.ŌĆØ

HereŌĆÖs what Zandi said in response, word for word, I swearŌĆ” you can look it up yourself if you donŌĆÖt believe me.

ŌĆ£Yes. You know, I think the key statistic for house prices are the homes for sale that are distressed that are foreclosure and short.ŌĆØ

Now, I want to be fair about thisŌĆ” but was that even a sentence?┬Ā Then he saidŌĆ”

So, what did I tell you?┬Ā The man has no clue what he just saidŌĆ” and, of course, neither do we. ŌĆ£Almost the arithmetic of it is that prices will fall.ŌĆØ HeŌĆÖs a babbling brook.┬Ā And then he wraps it up with weŌĆÖll hit bottom at the end of THIS YEAR?┬Ā Okay, fineŌĆ” so hereŌĆÖs how he wrapped up the interviewŌĆ”

ŌĆ£And then by this time next year, I think we will start to see some true price stability, some price gains. So, I think we have to get through this last mountain of foreclosed property. And on the other side of it, I think we will be in measurably better shape.ŌĆØ

Any questions?┬Ā The man is a chimpanzeeŌĆ” at best.┬Ā IŌĆÖve seen dolphins with higher SAT scores than this guy could possibly hope to achieve.┬Ā Maybe when they said he was an expert in economics they meant ŌĆ£home economics.ŌĆØ

But so what, right?┬Ā Why do I care that Mark Zandi is about as prescient as a summer squash?

Well, normally I wouldnŌĆÖt care.┬Ā I mean, most of the clowns on television have only one skill and thatŌĆÖs the ability to read a teleprompter.

But Mark Zandi is not only misleading the American public, but heŌĆÖs also misleading the American government, because he appears to have become the favorite economist of the Federal Reserve, the Treasury Department and the Senate and House Budget and Finance Committees.┬Ā He happily testifies happily at their hearings all the time (and no, that wasnŌĆÖt a typo).

That means heŌĆÖs helping our already clueless government avoid learning the truth of what their bungling to-date has already producedŌĆ” an ongoing downward spiral that has us doing nothing but circling the drain while we do nothing but wait for the spanakopita to hit the fan. 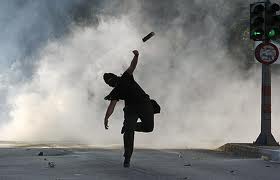