Home  »  Well, Now Isn’t That Interesting… All the News That Fits, We Print

Well, Now Isn’t That Interesting… All the News That Fits, We Print 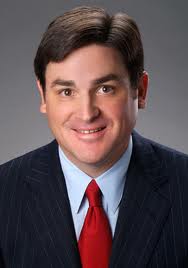 1. If IndyMac’s Former CEO Can be Credibly Sued by FDIC for Negligence Resulting in Monetary Damages, Why Can’t Homeowners Do the Same?

The former CEO of IndyMac, Michael Perry is being sued by the FDIC for… and if you’re wearing a hat, please hold onto it… $600,000,000… or in the English, that’s six hundred million dollars.

The suit cites damages related to the bank’s sale of what are being referred to as “toxic mortgages.”  The complaint alleges negligence on Perry’s part for allowing IndyMac to originate and purchase roughly $10 billion in mortgages that were to be sold in the secondary mortgage marketplace, but darn the luck, it didn’t work out.  Well, that’s what happens when the global credit markets freeze up abruptly, I suppose.

The lawsuit contends that Perry knew of the secondary market’s instability, presumably because he did so much to cause it, and that therefore should not have been trying to get that one more fraudulent deal through his pipeline.  I imagine that the FDIC feels that he’d stolen enough from investors by mid-’07 anyway, so the one final score attempt was just bad form.  Even bankers have to draw the line somewhere… or not.

So, when IndyMac got stuck with the loans on its balance sheet as a result of not being able to sell them, the result was $600 million in losses… so far… and for which he could be held responsible.  I would imagine that the actual losses are much higher but they just can’t be tied to Perry… we probably took those losses when we bailed out AIG… I really don’t know, except that it would seem that everything done during the bubble had a derivative somewhere.

I tried downloading the actual complaint but was unable to… it may have been too early to get it on Pacer… I’ll try again tomorrow.  It’s called: FDIC v. Perry, U.S. District Court, Central District of California, No. CV11-5561, and it was filed in federal court in Los Angeles.

So, why is this so interesting?  Well, because aren’t there lawsuits out there where homeowners are trying to sue on a similar basis… identical even, it seems to me… but everyone is questioning how the homeowners will be able to show they were damaged by the banker’s, at best, reckless behavior.

A question for the lawyers…

I can’t help but wonder how the FDIC could be so clearly damaged by the origination of these “toxic loans,” without the homeowners connected to these loans being damaged as well.

I mean, if Perry were found negligent by the court in this matter, and therefore the loans in question should not have been originated or purchased… as Perry knew at the time that the secondary market might meltdown and freeze up any day… then why wasn’t I, the homeowner, similarly damaged by Perry’s withholding of information and allowing my loan to be originated?  I’ve suffered monetary damages as a result of Perry’s crackerjack work as well, have I not?

Also, I think it’s worth noting that last year the FDIC sued other IndyMac executives for roughly $300 million, so now we’re closing in on a billion that could be recovered from the guys who robbed IndyMac.  I covered the FDIC’s announcement that they’d be doing this in my article titled: For Failed Financial Institutions, the Pain is Not Over Yet, and in that article I said, among other things…

“I can’t believe I’m saying this, but now I’m kind of happy that FDIC is broke, because they’re obviously motivated to recoup funds where possible, and that means no free passes for bankers who captained their ships directly into the rocks, but failed to go down with them.  For example, on July 2nd, the FDIC filed a $300 million lawsuit in Federal Court against four former executives from IndyMac’s homebuilding division, and that’s got to put a spring in someone’s step all by itself.

And, I didn’t know this, but the FDIC apparently has a three-year statute of limitations from the date of a bank’s failure to sue management and board members, so that could certainly explain why these sorts of actions have seemed slow in coming.”

And yes… in case you’re wondering… quoting one’s self does feel a little strange, but also oddly satisfying.

Now let’s just hope the FDIC’s lawyers are as effective as the banking lawyers have thus far been against the claims of homeowners. 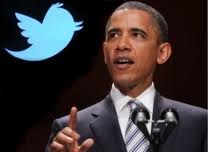 2. Obama Finally Admits Failure to Stop Foreclosure Crisis… If that was even his goal.

First, I just have to say that this crap is getting hard for me to watch.  Okay, ready?  Here goes…

We haven’t heard President Obama say word one about his plan to mitigate the damages caused by the foreclosure crisis since he announced the Making Home Affordable program back in late February of 2009.  And for the record, I find that inexcusable regardless of whether it was ignorance, arrogance, petulance or flatulence that was the cause.

So, wasn’t I surprised to find out that this past Wednesday, during the President’s Twitter Townhall… and I’m not even going to say anything about that… President Obama finally… and I’m talking two and a half years after he announced his plans related to the foreclosure crisis… finally admitted that he and his administration blew it and had no idea what they were doing.

Yes… that is what he said… and here are his words taken directly from his Twittering speech.  He is responding to one of the first questions sent in via Twitter, and asked by William Smith of New Hampshire:

“What mistakes have you made in handling this recession and what would you do differently?”

(By the way, Obama starts out by saying, “That’s a terrific question,” to which I can only say, “Go to hell, Mr. President.”  I’m sorry to feel that way, but I don’t need that sort of equivocating… it’s a damn lousy question to have to ask in the first place.  This administration’s mishandling of the economy has caused exponentially more pain than 9-11, Hurricane Katrina and American Idol combined.)

Here’s what Obama says after patting himself on the back for bailing out the auto industry and whatever else with which he’s pleased, and about which no one else gives a damn.

THE PRESIDENT: I think that — probably two things that I would do differently.  One would have been to explain to the American people that it was going to take a while for us to get out of this.  I think even I did not realize the magnitude, because most economists didn’t realize the magnitude, of the recession until fairly far into it, maybe two or three months into my presidency where we started realizing that we had lost 4 million jobs before I was even sworn in.

THE MANDELMAN: Even YOU didn’t realize the magnitude, Mr. President… even YOU?  I think you mean ONLY YOU ignored the growing magnitude of the economic crisis as it has steadily worsened over the past 30 months.  Maybe it’s because you were too busy dicking around with a health care bill that no one really cares about, except the Republicans who want it repealed.

And EVERY credible economist one the planet knew of the magnitude but you chose to surrounded yourself with bank-loving sycophants who have, not surprisingly, led us down a path to an ever worsening disaster… and you’re still today doing nothing about it.

THE PRESIDENT: And so I think people may not have been prepared for how long this was going to take and why we were going to have to make some very difficult decisions and choices.  And I take responsibility for that, because setting people’s expectations is part of how you end up being able to respond well.

And EVERYONE with a brain knew this was going to take a long time before anything got better, the only people who didn’t know that were the people who listened to YOU, Mr. President.  The rest of us aren’t surprised in the least with what’s happened and is still happening.

THE PRESIDENT: The other area is in the area of housing.  I think that the continuing decline in the housing market is something that hasn’t bottomed out as quickly as we expected.  And so that’s continued to be a big drag on the economy.

We’ve had to revamp our housing program several times to try to help people stay in their homes and try to start lifting home values up.  But of all the things we’ve done, that’s probably been the area that’s been most stubborn to us trying to solve the problem.

Well, honestly I didn’t know that was the goal, so now I’ll have to rethink my position on… well, everything.  You see, I’ve been working under the assumption that we were trying to save the housing market, not sink it.  In fact, I’ve written almost 500 articles related to saving the housing market, and here you’ve been TRYING to sink it as quickly as possible all along… don’t I feel silly.

Well, Sir… if you want to sink it as quickly as possible, stop Bernanke from buying trillions of dollars in mortgage-backed securities with money he’s just printing anyhow… that would have helped sink home values faster.  And what was that whole “first time buyer,” and later expanded to second or third time buyer tax credit nonsense you allowed in 2009, Sir?  Tax credits like that don’t sink markets quickly, they prolong their decline, Mr. President.  Didn’t Larry Summers tell you that, Sir.  He knows that for sure, Mr. President.

But, Mr. President… I’m confused… you then say that you’ve been “revamping” your housing program in an attempt to help people remain in their homes, which you seem to think would lift values up.  Which is it Mr. President… are you trying to make the housing market go up or down, because I find your apparent confusion on this topic to be quite alarming, while illuminating.

I mean, at this point you made such a mess of the housing market that its certain to start falling through the floor faster than ever before, but from your statement I can’t tell whether you think that’s good or bad.

And, Sir… it’s not a fair depiction to say that foreclosures are the area that been most stubborn to your trying to solve the problem.  To begin with, I’m no longer even sure you know what problem you’re trying to solve… but if it’s to stop foreclosures, it’s not the “area” that’s being stubborn… IT’S YOU, MR. PRESIDENT. 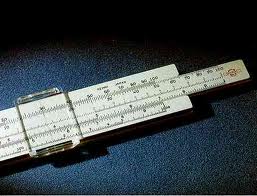 3. The True Cost of Bailing Out Wall Street… And No… it wasn’t the $700 Billion in TARP Funds

The $700 billion TARP fund that was a total sham, was nowhere the total price tag of what we’ve done to try to save our insolvent banks at the expense of everything else. Regular readers of Mandelman Matters know all this quite well.

However, finally PBS is covering the story, so who knows… maybe soon we’ll see a major broadcaster take the chance and tell the truth of what gone on these last two years and what is continuing to go on going forward.  Maybe… some day…

Until then, here’s PBS on The True Cost of Bailing Out Wall Street.