Last year, the Massachusetts Supreme Court ruled against two banks, Wells Fargo and US Bankcorp, who had each foreclosed on homes and were now asking a judge to declare that they held clear title to the properties in fee simple.

The decision was surprising to quite a few, and a major landmark for those on the foreclosure defense side of the fight.¬Ý Bank stocks got pretty much creamed after the decision was announced.¬Ý Foreclosure defense blogs went into sheer elation mode, and it‚Äôs easy to understand why‚Ä¶ finally, a decision by a top court had gone their way, establishing that the rules of foreclosure weren‚Äôt some trivial set of technicalities.

But, what was so amazing about the decision was not that it went against the banks.¬Ý What was amazing was how the banks attempted to defend their positions. 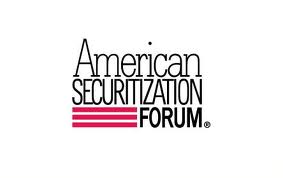 Now, that‚Äôs just stupid and I think we can all agree that banks should own homes before foreclosing on them, but that‚Äôs not even the amazing part‚Ä¶

The banks moved to vacate the judgments, and at the hearing they CONCEDED that each complaint alleged a post-notice, post-foreclosure sale assignment of the mortgages, but they now said that there were documents that would show a pre-notice, pre-foreclosure sale assignment of the mortgages. ¬ÝIn other words‚Ä¶ okay, we did it wrong last time, but we‚Äôve got our act together now, your Honor.

The judge said okay, fine‚Ä¶ go fetch them then.

In response, the banks showed up with HUNDREDS OF PAGES OF DOCUMENTS, which they said established that the mortgages had been assigned to them before the foreclosures, and submitted them to the judge.

Many of the documents the banks submitted to the court related to the creation of the securitized mortgage pools in which the mortgages in question were supposed to be included.

US Bankcorp showed up with a private placement memorandum (‚ÄúPPM‚Äù), a 273-page, unsigned offer of mortgage-backed securities to potential investors.¬Ý Basically, a boilerplate document that could have been printed the day before, with language saying that mortgages ‚ÄúWILL BE‚Äù assigned to the trust and that ‚Äúeach mortgage loan will be identified in a schedule appearing as an exhibit to the Trust Agreement.‚Äù

But, the bank didn‚Äôt provide any sort of schedule that should have listed the loan in question as being among the mortgages assigned in the trust agreement.

Wells Fargo, in a variation on the same theme, provided the judge with a copy of the Pooling & Servicing Agreement (‚ÄúPSA‚Äù), but the copy was downloaded from the Securities and Exchange Commission website and was not signed, so it didn‚Äôt contain the loan schedules referenced in the agreement that should have identified the mortgage in question as being included in the pool.

In an attempt to make up for this obvious inadequacy, Wells Fargo also brought in a schedule that it said identified the loans assigned in the PSA, but the schedule did not list property addresses, names of mortgagors, or any number corresponding to the loan or servicing number on the mortgage in question.

Now‚Ä¶ let‚Äôs take a moment to review things‚Ä¶ in both of these cases, the documents showed that the banks weren‚Äôt assigned the mortgages in question until after they had foreclosed on the properties, and both banks had CONCEDED that was the case.¬Ý This was them bringing in the paperwork that was to prove otherwise.

I just want to say that I would not have brought such absurd ‚Äúproof,‚Äù if I had to argue my own case in traffic court.¬Ý I would have been too embarrassed to do so‚Ä¶ and I‚Äôm not a lawyer.¬Ý That the attorneys for Wells Fargo and US Bankcorp would present this sort of crap to a judge is nothing short of astounding, if you ask me.

Apparently, the justices agreed‚Ä¶ in fact, in his opinion, Justice Cordy wrote:

‚Äú‚Ä¶ what is surprising about these cases is not the statement of principles articulated by the court regarding title law and the law of foreclosure in Massachusetts, but rather the utter carelessness with which the plaintiff banks documented the titles to their assets.‚Äù

Now, there was certainly more to the case‚Ä¶ this is not intended to be a comprehensive review of all of the legal theories involved.¬Ý But I want to make sure we all understand what‚Äôs at the core of this situation‚Ä¶ what caused Bank of America, JPMorgan Chase, Wells Fargo, and GMAC, et al, to employ ‚Äúrobo-signers,‚Äù and attempt to foreclose using fraudulent affidavits claiming that each bank had lost the actual notes. 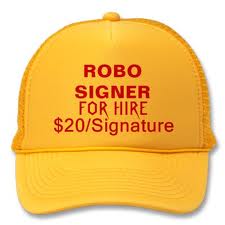 All a bank has to do, as trustee of a given securitized trust, in order to foreclose legally, is to show up with the promissory note that was signed by the borrower and when the judge turns it over, he or she should see that it was assigned to the trust that is now trying to foreclose.

Well, there is one more wrinkle worth mentioning.¬Ý The note has to be assigned to the trust within a certain time frame because it‚Äôs a REMIC trust‚Ä¶ a tax-exempt entity and the Internal Revenue Code‚Äôs rules on such transfers are very clear.

The banks want us to believe that they all lost the notes with the assignments on the back‚Ä¶ they all lost them‚Ä¶ all at the same time.¬Ý As I mentioned above and took directly from the court documents by the way, the banks brought in HUNDREDS of pages of supposed documentation to prove that the trusts did in fact hold the notes at the time of the foreclosure‚Ä¶ that‚Äôs HUNDREDS OF PAGES‚Ä¶ but not one assigned note.

And remember, the bankers had plenty of time here‚Ä¶ once they lost in the lower court, they filed motions to vacate and were given more time to bring in the proper paperwork.¬Ý And this case went all the way to the Massachusetts Supreme Court, so it‚Äôs not like that happens in a hurry.

In the end, the banks tried the argument‚Ä¶ everybody‚Äôs doing it, so why can‚Äôt we do it too.¬Ý My mother heard this argument from me once, and I was seven years old.¬Ý She didn‚Äôt buy it, and I never tried it again. The court‚Äôs response was to say:

Why can‚Äôt the banks just show up with the note assigned to the trust, as they are legally required, when they foreclose?¬Ý Because they all lost them? ¬ÝIs that the story from the world‚Äôs largest banks‚Ä¶ that they‚Äôre all having a problem losing stuff?¬Ý It was a mass misplacement?

The question, of course, is what happens next?¬Ý What happens if the bank cannot establish that a note was assigned to a trust that now wants to foreclose?¬Ý Does the amount owed become an unsecured debt, dischargeable in bankruptcy? ¬ÝAnd if the trust does not hold the note because it wasn‚Äôt ever assigned, who owns it?¬Ý And where is it, damn it?

A lot of people say that the homeowners shouldn‚Äôt get their homes free and clear under any circumstances.¬Ý They say that in buying the homes in the first place, the homeowners gambled and lost‚Ä¶ and therefore should lose their homes that they now can‚Äôt refinance and therefore can‚Äôt afford.¬Ý But, according to that way of thinking, why shouldn‚Äôt they be able to discharge the debt that‚Äôs no longer secured by the mortgage‚Ä¶ it would seem that they gambled and won.¬Ý Gambling, one should remember, cuts both ways, does it not? 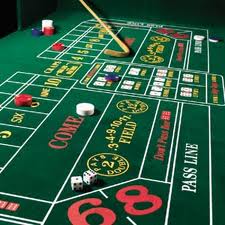 I asked a friend of mine who is a fairly senior executive at a major bank, although not one of those mentioned here, and he said that he can‚Äôt imagine the banks losing them.¬Ý He explains that the truck pulls up at his bank to take documents such as the notes in question to Iron Mountain, where they are expertly stored in a salt mine, of all places.¬Ý And if you think Iron Mountain lost them, visit www.ironmountain.com and get back to me.

So, perhaps the banks didn‚Äôt lose the notes in question‚Ä¶ perhaps they just don‚Äôt want to show them to anyone in court because when the judges flip them over to look at the back they will find that they were NOT ASSIGNED to the trusts as they were supposed to be.¬Ý And then the investors will be something less than pleased that they were sold empty securities‚Ä¶ mortgage-backed securities without the mortgage-backed part.¬Ý And if they weren‚Äôt assigned to the tax-exempt REMIC trusts‚Ä¶ well, then someone owes quite a bit in back taxes, doesn‚Äôt someone?

I write a blog that sits squarely on the side of homeowners in this fight, but I didn‚Äôt say anything about this decision right away.¬Ý The American Securitization Forum, however, did issue a statement immediately following the ruling:

‚ÄúThe ASF is pleased the Court validated the use of the conveyance language in securitization documents as being sufficient to prove transfers of mortgages under unique aspects of Massachusetts law.‚Äù

And there you have it, ladies and gentlemen‚Ä¶ this month‚Äôs REAR‚Ä¶ Tom Deutsch.¬Ý And that‚Äôs all I have to say about that.