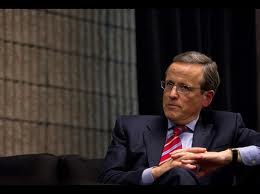 A close friend of mine called me a couple of days ago to tell me that he had just heard from a contact he has at Bank of America’s loss mitigation department.  His BofA contact had called to tell him that there would be a flood of foreclosures coming soon, as Fannie Mae was telling the bank that there would be no more delays… foreclosures would move faster than ever and no trustee sale dates would be postponed.  A blood-letting, was what he called it.

Now, I’ve gotten to know this friend of mine over the last two years plus, and he isn’t someone that would misreport such a message from Bank of America, but nonetheless, I had to find something to corroborate the story before I could proceed to tear into Fannie Mae for such an outrageous development.

It wasn’t hard at all, unfortunately, the Wall Street Journal had recently run a story under the headline:

“Fannie Mae Foreclosure Plan Sets New Standards For Servicers,” and it went on to say that, “The new standards under the Federal Housing Finance Agency’s Servicing Alignment Initiative would seek to speed up the foreclosure process…”

But that wasn’t all I found.  In Fannie Mae’s own bulletin, “Announcement SVC-2011-08, dated June 6, 2011,” Fannie provided verification of what my friend’s BofA contact had told him, they were going push servicers to foreclose faster, and if they didn’t, Fannie was going to pay them less and less to modify a loan.

Here’s a simplified look at the new incentive plan for servicers that modify loans:

Fannie’s new rules also impose some new standards for servicers communicating with delinquent borrowers.  The new standards, for example, require servicers to contact homeowner both verbally and in writing during the first 120 days of their delinquency, in order to, as the WSJ phrased it: “inform them about ways to refinance or exit their home while avoiding foreclosure.”

Yes, well… that’s very encouraging, wouldn’t you say?  The mortgage servicers will have to communicate with borrowers that are up to 120 days delinquent to inform them about ways to refinance.  That should be a fascinating, if brief written or verbal communication… you’re late on your mortgage so there’s no chance of refinancing.  And the next thing to explain is how to exit the home while avoiding foreclosure? 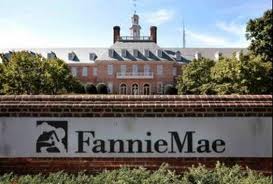 That’s just great… we’re not even lying about loan modifications anymore?  Now we’re going straight from “you can’t refinance” to “how to exit your home.”

Okay, that’s enough… what in the Sam Hill is going on here?  I have three teensy tiny questions:

Just in case some of my readers have been incarcerated for the last year, during the last few months both federal and state regulators and law enforcement agencies have been conducting a variety of investigations into mortgage servicer operations and across the board the outcomes of said investigations have been deplorable.

Among other things, federal and state investigators are looking into, again quoting from the WSJ story, “whether banks and foreclosure law firms improperly seized homes by using fraudulent or incomplete paperwork.”

And that’s one of the nicest things that have been said about the mortgage servicers.  The “consent orders” that were the result of an investigation by the OCC, the OTS and the Federal Reserve, stated that mortgage servicers have employed unsafe and unsound banking practices.

“We want homeowners to be able to understand their options when facing foreclosure, and we want servicers to reach homeowners early in the process, communicate frequently and clearly, and help homeowners avoid foreclosure.”

Is that what “we” want Jeffrey, my boy?  Really?  We want homeowners to avoid foreclosure, so the collection of geniuses over at Fannie Mae decided that the way to go about that was to tell the incompetent folks that are employing unsafe and unsound practices and quite possibly improperly seizing homes using fraudulent or incomplete paperwork to do everything FASTER?

Jeff Hayward, according to his Linkedin profile anyway, is “responsible for the management of all servicers and the retained attorney network at Fannie Mae and has been in his position from “April 2010 – Present,” or one year and three months… which is basically, all damn day.  So, even though Jeff is clearly a moronic sycophant, more than qualified to be this month’s rear end, he’s just a baby and can’t be held responsible for the unintelligible drivel that comes out of his mouth.

To begin with, according to his bio on Fannie’s Website, Williams started at Fannie Mae back in 1991, so he’s lived through some unbelievable corruption, and seen some of the most magnificent malfeasance in the history of mortgage banking.

His claim to fame seems to be that, as Senior Vice President for eCommerce, “he helped bring Fannie Mae into the digital era by leading the development of Desktop Underwriter,” and in 2000 he was appointed President of Fannie Mae eBusiness.

Yeah, well that certainly qualifies him to run the most bankrupt mortgage company on the planet.

Next it says that in 2004, he gets appointed Executive Vice President for Regulatory Agreements and Restatement, and I have no idea what that means, but his bio says that he was “to lead the company’s efforts to strengthen its financial and operational foundation.” 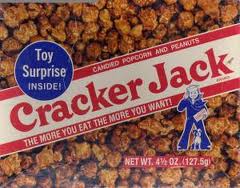 Then, in 2005, Williams is named Executive Vice President and Chief Operating Officer, where he will come to oversee Fannie Mae’s role as administrator of the U.S. Treasury Department’s Making Home Affordable program, where he is said to have “bolstered the company’s foreclosure prevention and credit loss mitigation operations.”

And some very nice bolstering it was, Mr. Williams.  You are unquestionably quite the bolsterer.  In fact, your prowess as a bolsterer is likely unrivaled.

Okay, look… why is Fannie Mae allowed to decide anything?  They’re not even a company anymore.  They went bankrupt and we “nationalized” them.  Oh okay, call it a “conservatorship” if it makes you feel better, but it doesn’t change the fact that Fannie Mae and Freddie Mac were both nationalized back in September of 2008.  We the taxpayers put $200 billion into Fannie and Freddie back then, as we took over approximately $1.5 trillion in debt and $5.3 trillion in loans.

So, not only are we allowing a company that doesn’t even exist anymore make decisions affecting the lives of millions of American homeowners and our country’s economy, but we’re listening to a company that failed in every way and with $1.5 trillion in debt on its books.  If we’re going to listen to companies in this regard, couldn’t we start listening to those that have succeeded in some way?

Like, ask Steve Jobs over at Apple what he thinks we should do about mortgage servicers, at least we wouldn’t be asking an organization that has gotten almost nothing right in the last 20 years.

And I’ll never be able to prove this, but I’m al most positive that I could have bankrupted Fannie Mae for a lot less than $1.5 trillion, and I don’t know anything about the mortgage business.  In fact, I think I could have run Fannie Mae into the ground for $500 billion… $750 billion tops.

Our economy is circling the drain, housing is in a free fall, foreclosures are completely out of control, and the government has utterly failed in every single attempt to mitigate the damage being caused by a literal tsunami of foreclosed properties through the modification of loans.

And so what do we do?  We stand by and allow Fannie Mae to tell the servicers to speed up foreclosures.