A Walk Down Memory Lane With President Obama & the Mortgage Crisis

Originally posted two years ago, but revised for 2011. 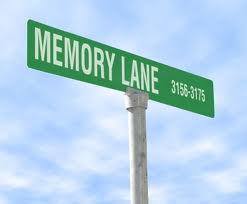 Can you remember all the way back to February of 2009 when a brand new President Barack Obama introduced his plan to stem the foreclosure crisis thus contributing to the stabilization of the U.S. economy and saving our way of life as we knew it? I know, it seems like a lifetime ago. But try to think back… our new president had just been inaugurated a month before, but he spent the first month debating the economic stimulus funding, which was roughly $700 billion.

President Bush’s Hope-4-Homeowners plan to help stop foreclosures via loan modifications was a total flop.  The country was waiting patiently and silently to see what the new president would do to save the millions of middle class homeowners facing foreclosure.

Finally, the day arrived… the president was in Arizona… and here is his speech introducing his Making Home Affordable program… I highly recommend that you watch it now, especially if you saw it then.  It’ll be worth it, I promise.

Now think about where we sit today.

Housing prices have fallen 60 months in a row, according to Zillow.com.  And if you think Zillow has it wrong… Case-Schiller’s numbers are even worse.  In 2006, banks repossessed roughly 270,000 homes in this country.  In 2008, that number had skyrocketed to over 860,000 homes repossessed.  In 2010, the number of repossessed homes topped 1,050,000… and that number would have been significantly higher…  perhaps 250,000 higher, according to RealtyTrac… were it not for the foreclosure moratoriums following the robo-signing scandals that made headlines during the fourth quarter of that year.

And the end is nowhere in sight, in fact as the effects of fiscal stimuli have dissipated, the pace of the decline is only accelerating.  RealtyTrac is forecasting that foreclosure filings in 2011 will increase by 20% over 2010.  And in case your interested, we’ve long since exceeded the record for home price decline set during the Great Depression.  Moody’s Analytics’ housing market analyst Celia Chen now says that she doesn’t see home prices returning to 2006 levels until the 30’s in many parts of the country… that’s the 2030’s… which is another way of saying that she has no idea when that will happen, she only knows nothing is happening in housing any time soon. 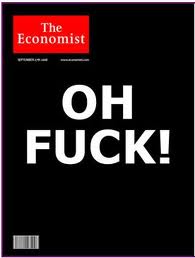 So, here’s a little economics 101… 1. Most home buyers are not first time buyers, they have to sell a home in order to buy another.  2. As home values drop, more people who own homes go “underwater,” meaning they owe more than their home is worth.  3. Underwater homeowners can’t sell their homes… because they owe more than their homes are worth, so they are removed from the home buying market.  4.  Another way to phrase this situation would be: As home values fall, demand for homes goes down… and as demand falls… price falls.  And as price falls… more people go underwater… which removes buyers from the market, thus decreasing demand for housing, which lowers prices further.

There are two other factors that come along with a free fall in home prices.  The first is foreclosures, because when you’re underwater, any life event… job loss, illness, divorce… can lead to foreclosure.  And the second is that as home prices fall and people find themselves with no equity and no hope of equity… more and more people walk away from their homes thus causing even more foreclosures.

All of that means that people spend less… on their homes… on everything.  Home values used to be a big part of America’s retirement plan, so as they fall, people save more… they borrow less.  That means corporate profits go down… and corporate layoffs go up… and unemployment doesn’t help the foreclosure or home values situation at all. 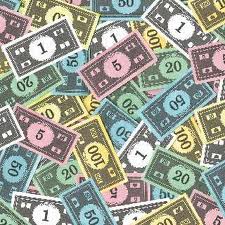 But, that explanation leaves out the most important point: We’re having a credit crisis.  The average FICO score for a Fannie Mae loan over the last two years is 763.  That’s an average 763.  And today, 20% down is often required.  And Fannie has just lowered their limits.  Jumbo loans… fuggetaboutit.  With the only lender being the United States Government, credit is more than tight.  There are no private securitizations to speak of because the last time around, if you recall, the ratings agencies rated things AAA, when they weren’t.

Want more in the “OH SH#T” column?  How about the fact that 78 million baby boomers are nearing retirement age and would naturally be spending less in the years to come regardless… meltdown or no meltdown.  The boomers used to have about $3 trillion a year in discretionary income, but that’s not the case today, nor will it be tomorrow.  And they used to be willing to borrow, borrow and borrow, but a lot less of that will be going on going forward too.

Oh, and all of this is taking place while interest rates are uber-low.  What do you suppose will happen when they go up, because eventually they will have to go up.  What will happen to all of those adjustable loans and Option ARMS that haven’t defaulted yet because rates are so low?  They’ll default, that’s what will happen.

So, the Obama Administration made a choice.  They blew trillions on propping up the banks, and next to nothing on stabilizing the housing markets or creating jobs.  Now the banks are sitting on huge cash reserves, but they won’t loan to any significant degree because they still have huge amounts of toxic assets on their balance sheets, to say nothing about the derivatives that are off their balance sheets.

When Greece defaults… and Greece WILL default eventually… some European banks will fail… and that will hit our banks damn hard too.  And some day, banks may have to conform to some sort of mark-to-market accounting rules… someday… like maybe after Geithner is dead and buried in the ground.

The Government’s Program… The President’s Promise…

Homeowners didn’t get much from the government in the way of protection against foreclosure… all they got was HAMP, which didn’t save 7 million as forecasted, but rather saved ten percent of that amount.

The fact is… and if you watched the videos above you saw this… the President of the United States made promises to homeowners in this country about a federal program that never existed. That may be regrettable, it may be unfortunate, and I’m even willing to believe it was unintentional… but it’s the truth. It’s what happened. 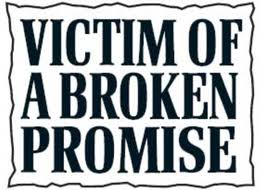 As a result, homeowners who began the process of obtaining a loan modification did so with expectations set by the President’s speech, and they quickly learned that they had been lied to… duped… they had waited through Bush’s last year… they had held on as they waited for Barack Obama… the man of the people… as long as the people worked on Wall Street.

When they’ve attempted to obtain their loan modification on their own, they ended up angry at the banks, the government, and the president himself. When they’ve hired a law firm to help them navigate the process, their anger was often directed at that law firm. It’s sad to say, but in too many instances the only guarantee related to a loan modification is the guarantee that the homeowner will end up angry and disappointed.

Loan modifications are a bitter-sweet solution, however, because it’s still the best alternative for hundreds of thousands, if not millions of people. And with the government having failed at every turn as related to the foreclosure crisis… we’re only at the beginning of the crisis, unfortunately.  Just remember, nothing goes down in a straight line.  There were quite a few stock market rallies during the 1930s too.

The financial and foreclosure crises will continue to change and shift, our government will continue to tell us we are nearing a recovery just like the government did throughout the 1930s by the way… and by taking the time to understand why today’s homeowners feel the way they do, you can help our country come together and begin what will no doubt be a long road home.  It’s time for loan modifications to mature and make sense, for the turmoil to settle down, and for everyone to understand that it wasn’t the borrowers or the loans that caused our economic meltdown… it was the bankers and their leveraged securities that broke the global credit markets… and our government’s parade of failures didn’t help things either.

It’s time to call it like it is… it’s time for the American people to take back our democracy and be represented once again… this next election is our last chance to send a message that what’s been going on won’t be tolerated.  After this, it’ll be after once decade has been lost.  It’s time for for OPERATION ONE AND DONE.

IF THEY’VE BEEN IN THE HOUSE OF REPRESENTATIVES FOR ONE TERM… IT’S TIME FOR THEM TO GO HOME.