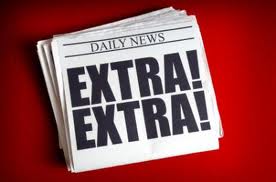 Okay, that’s not the headline you’re going to see elsewhere on top of this story, chances are it’ll be more like, “Federal Payments Halted to 3 Mortgage Servicers.”  You may have already seen it.

Here’s what it’s about, as told by The Washington Post/Bloomberg: (There will be links at bottom.)

“Three of the nation’s largest mortgage servicers will no longer receive payments tied to their participation in the Obama administration’s main foreclosure prevention initiative until they improve their performance in that program, senior housing officials announced Thursday.

So, that’s a good thing, I suppose.  I mean, after more than two years, it’s nice to see Treasury doing something to punish the mortgage servicers who’ve been ignoring rules, abusing homeowners, and foreclosing on homes they should not be foreclosing on for… oh, let’s see… I don’t know… June, July, August… plus seven… carry the three… oh yeah… OVER TWO YEARS!

Personally, I would have liked to see something a tad stronger, but since up until now all the servicers have received is a stern talking to, I suppose I’m happy about this step being in the right direction anyway.

Treasury says that they can’t do anything more to punish the mortgage servicers, they don’t regulate them apparently… all Treasury is allowed to do is shower them in billions of taxpayer dollars, and withhold a few million here and there.

If that’s the case, and I have no reason to believe that it isn’t, then I would only like to suggest that perhaps some of the millions eligible for withholding could have been withheld prior to paying them the $560 MILLION we’ve already paid them.  I know… water under the bridge… spilt milk… all those things, but I just had to say something… okay, enough said.

According to the Washington Post/Bloomberg article…

Tim Massad, the Treasury Department’s assistant secretary for financial stability, defended the decision to take action now even though the program has been criticized for years. In late 2009, there were only 30,000 permanent modifications done, Massad said. “That’s not very much money to withhold,” he said. At that time, the administration was more concerned about making sure that the servicers had procedures in place to handle the volume of loans coming their way, Massad said.

(Look, I expect everyone be nice to Tim, okay?  It’s obvious that he has special needs.  Like my mother used to say when discussing someone like Tim… bless his heart.)

So, I bet you’re wondering why my headline is so different from the other headlines that reported this story.  Well, I’ll tell you.  In one version of the Washington Post/Bloomberg article I found the following sentence:

“Doing so is not likely to discourage lenders from modifying loans, the (Treasury) official said. “

Because I think that makes no sense whatsoever.

In fact, it’s really bothering me that they think that, because that would seem to me to mean that the incentives were never providing much of an incentive in the first place, and that means Treasury has taken $560 MILLION of tax-payer money and set it on fire… no, even worse… they set it on fire AND let the mortgage servicers torture homeowners for more than two years!

Here’s another sentence from that article that caught my attention:

“Instead, the strategy and the in-depth analysis of each lender should shame servicers into shaping up.”

The shame thing again.  Didn’t we already try the shame thing… like, more than once?  The jury is in on this one, the servicers are not capable of feeling shame.  Anyone not see that yet?

BUT THAT’S NOTHING… HERE’S WHERE IT GETS WEIRD…

I read the articles about this withholding thing, and I was checking others to make sure I hadn’t missed anything, and I discovered something really strange.  There are TWO VERSIONS of this story on the Washing Post/Bloomberg site.  While I was writing this very article, they changed the article, I swear to God…. Check this out for yourself:

Here’s the first version that I’ve been quoting:

And here’s the “new” version that just popped up out of nowhere:

The difference is that the first version has this sentence in it, the one from above:

“Doing so is not likely to discourage lenders from modifying loans, the (Treasury) official said. “

But in the “new” version… THAT LINE IS GONE!  Vanished… disappeared.  Shazam!

What the heck happened here, did someone at Treasury see the story and realize that someone… like maybe even Mandelman Matters… was going to jump all over that sentence on a blog today?

How spooky is that?

Or wait… I suppose there is another explanation.  Maybe the anonymous Treasury official who said that sentence was Tim Massad.

See… that would explain the whole thing and now I feel really badly for bringing it up in the first place.  Never mind.

And bless his heart.