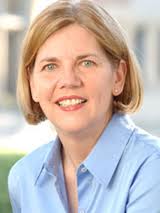 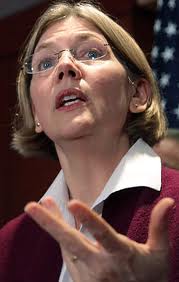 I’ve asked you to email or place calls to voice your support for Elizabeth Warren to head up the Consumer Financial Protection Bureau before… thousands of ¬Ýyou have done so in the past… and it has made a real difference because she’s still there even though there are many powerful bankers that want her gone.

Now, I need to implore you to make one more call to the White House to voice your support for Elizabeth Warren. ¬ÝPresident Obama must make his appointment by July 21st, and the banking lobby… and those in the senate that are bought and paid for by the banking lobby… will do everything possible to oppose her nomination.

You want to stand up against the bankers in this country? ¬ÝDo you really? ¬ÝThen make this call to the White House. ¬ÝIf you don’t, then why in the world are you reading me?

House Republicans, led by Representative Spencer Bachus, who is chairman of the House Financial Services Committee recently said the following:

Personally, I think we’ve SERVED up ENOUGH to our bankers, and I’m done serving. ¬ÝI think it’s time Bachus and his Bankers Buddies serve the middle class in this country (and vote him the hell out of office in 2012. ¬ÝWho is this guy, OMG?)

I had the¬Ýprivilege¬Ýof meeting Elizabeth Warren about a month ago when she was in San Diego and here are a few of the things she said to me… I wrote them down at the time so I’d have them word for word:

The number one retirement plan in this country was to pay off the house and live on one’s Social Security and presumably whatever additional savings one had accumulated over one’s working years.

That has been robbed from the American people by the financial sector.

The CFPB is the opportunity to begin to change that. It won’t solve everything and there is much work to be done, but it represents our only hope.

I don’t believe that the OCC is going to be capable of helping the families that are headed towards the cliff and lose their homes to foreclosure.

I thought we had the fight last year and we won and we got the agency that would have the mission of protecting consumers. But we now see that the fight is not over. There are bills in the legislature today that threaten the agency’s very existence by proposing to defund or defang the new agency.

When they go after me, the best they can do is to say that I’m too confrontational with the bankers. Since when do we ask the bank robbers what they think of the new laws punishing bank robbers?

Here’s a link to Elizabeth Warren’s recent testimony to the Committee on Financial Services in the House of Representatives. ¬ÝIf you’re not sure, please read what she has to say… it really matters a lot.

Here’s a link to her speech delivered at the Credit Union National Association conference:

And here’s a link to the Consumer Financial Protection Bureau:

KNOW BEFORE YOU OWE $

AND HERE’S ALL YOU HAVE TO SAY WHEN YOU CALL:

I’m calling to urge President Obama to appoint Elizabeth Warren to lead the Consumer Financial Protection Bureau, even if it means using his constitutional authority to make a recess appointment.

There is simply no better person President Obama can find for the job than Professor Warren.

Thank you for your time.

Click her to go to CREDO ACTION, a site organized to count the calls placed on behalf of Elizabeth Warren… please take the time right now to make the call…