Lisa Myers, Rich Gardella and John W. Schoen, all of NBC News and msnbc.com came together to produce the article that follows in part, and the series of televised reports covering the foreclosure crisis embedded at the bottom of this page.  The title is:

No end in sight to foreclosure quagmire

A special Nightly News/msnbc.com report on the mortgage mess

Now, I don’t want to post their content… let me be very clear about that.  Mandelman Matters is about original content, points of view you won’t find anywhere else.  But, I think it’s important that you see what I have to say about what they have to say, because it’s I think it will show you the disconnect that exists between the world we live in and theirs.

I’m going to try not to be overly critical of the three journalists that worked on this story.  I think they did the best they could with what they’ve got… what they could learn… and where they work… at NBC. I won’t re-post their article in its entirety, to read the whole thing you’ll need to click on the link above.

The good news is that their story shows that the main stream media, I suppose since 60 Minutes aired the episodes about robo-signing and the like a couple of months ago, is finally starting to pay attention and acknowledge that there is a foreclosure crisis and that it’s dragging down our economy and negatively impacting the lives of some number of Americans.

The less-than-good news is that they still do not have any sense of the magnitude of the problem or the degree to which it has already torn apart and inalterably changed the lives of millions of American families.  They still do not fully appreciate the fact that the only thing that mortgage servicers do consistently is deceive and abuse those that contact them for help with their mortgages.

And some of what they say, shows me that they truly are out of touch… because to my mind it is unquestionable that this story should have run on NBC by summer’s end… 2009.

Here’s how their article begins…

Four years after a wave of rogue mortgage lending sent the U.S. housing market into the worst collapse since the Great Depression, the devastating flood of resulting foreclosures shows no sign of abating. In some ways, the problem is getting worse.

Other than that, it’s fine.

And then they went this way…

And the foreclosure crisis continues to weigh heavily on the fragile economy.

As inadequate opening paragraphs go, I’m sorry, but this is an award winner.  The first sentence, while certainly true, almost makes it sound as if fall has arrived.  “The leaves are falling again, causing many homeowners to put on their sweaters and bring their rakes out of their garages.”

This isn’t any sort of natural, cyclical or unavoidable event.  As a nation, we are in the fourth year of an economic catastrophe that began during the summer of 2007, and yet at both the state and federal levels, even though tens of billions of dollars have been allocated to programs ostensibly designed to mitigate the damage to the housing market being caused by our deepening recession, our leaders have failed at every single attempt to stem the tide of foreclosures, or in any way stop the free fall in housing prices.

And to refer to the tsunami of fraudulent and forged documents lenders have produced in order to foreclose as quickly as possible as “shoddy document practices,” is to condone widespread criminal behavior by our nation’s largest financial institutions.  At the very least, they could have acknowledged what the Office of the Comptroller of the Currency, the federal regulator for our national banks, has said very clearly in the consent orders issued at the end of its investigation, that the banks have engaged in unsafe and unsound practices. 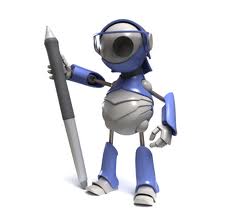 Let us not forget for a moment that these banks rushed to foreclose using fraudulent and forged documents, while at the same time signing contracts with the federal government to participate in the Home Affordable Modification Program, HAMP, for which to-date they have been paid over half a billion taxpayer dollars.

Based on the evidence uncovered to-date, they have foreclosed illegally countless times, denied modifications to those who qualified under the federal program, and most recently JPMorgan Chase, Bank of America and others were even forced to admit that they violated the Servicemember Civil Relief Act by foreclosing on our soldiers while they are overseas fighting our wars.

And it is not “widespread court challenges” that are responsible for “slowing the process,” it’s the criminal acts… the “unsafe and unsound practices” that have caused our nation so much pain.  The court challenges are nothing more than homeowners trying to protect their rights under the law… and conversely it is the bankers that are breaking the law.

Homeowners may be in limbo, as they struggle to keep their homes and avoid foreclosure, but it’s not the court challenges that keep people in limbo.  Once again it’s the banks that do that.  According to HousingWire, as of last November it took an average of almost 500 days to complete a foreclosure in this country… because I suppose banks need about that long to make decisions on loan modifications?

The banks approved the original loan in under 24 hours, but to approve its modification, by reducing the interest rate a few points, requires 500 days?  Well, I’ll believe it if you will.

And yes, the foreclosure crisis certainly does, at the very least, “weigh heavily on the fragile economy.”  Good for you guys at NBC to have gotten that part right, even if you did chose to phrase the concept in as benign a manner as could have been conceived.

Then it goes on to quote Mark Zandi of Moody’s Analytics, who has no idea what’s going on as far as the foreclosure crisis is concerned.  If you’re wondering why I would say such a thing, click here to read my commentary on him being interviewed recently by Gwen Ifill.  (Scroll down to Item #4.)

Already some 5 million homes have been lost to foreclosure; estimates of future foreclosures range widely. Zandi, who has followed the mortgage mess since the housing market began to crack in 2006, figures foreclosures will strike another three million homes in the next three or four years.

Congress and the White House have run out of ideas to save those homes, he said.

“There’s no political appetite to do anything,” he said. “So we’re on our own.”

See what I mean?  The second biggest drag, Mr. Zandi, behind oil prices?  Where would the economic policy decisions made by the Obama Administration go on that list… I’m just wondering.

So, Zandi “figures” that foreclosures will “strike” another three million homes in the next three or four years?  Okay, tell you what… since you say he “figures” it… could we please see his scratch paper so we could check out the calculations behind that incredibly scientific forecast?  And what happens after the 3-4 years?  Do foreclosures stop then… magically?  Does someone ring a bell?  Will we be notified when it happens?

I bet the last month’s worth of foreclosure victims are going to be all kinds of pissed off when they find out that if they could have held on another month, the whole foreclosure thing would have been over.

And Congress and the White House have run out of ideas that might save those 3 million homes that are going to be lost over the next 3-4 years?  Already?  This soon?  They’ve “run out?”  Kind of a shallow well they’re working with, Mr. Zandi, wouldn’t you say? 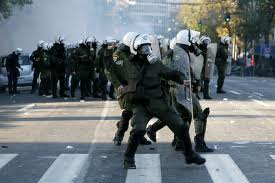 He is dead on right about there being no political appetite to do anything… so far anyway.  So, yes… we are on our own in this fight against the banking class in this country.  Gentlemen… and Ladies… start your lawyers.  And I will go ahead and say this in no uncertain terms, if we’re still talking this same way in 3-4 years, no one will recognize this country… in fact, it’ll be hard to recognize anything… as a result of the tear gas.

There were many causes of the foreclosure crisis — and plenty of blame to go around among mortgage lenders, regulators and, in some cases, the borrowers themselves. But as the crisis has accelerated it also has swept up families who, through no fault of their own, have lost or are in danger of losing their homes.

Alright NBC people… I’ll give you a C- on that paragraph.  At least you’ve progressed from where you were a year or more back, but you have to get your arms around the cause of this crisis… and it wasn’t borrowers that caused it… it was bankers… Wall Street bankers, to be specific.  It wasn’t the loans defaulting that caused the global credit markets to freeze solid in a matter of a few weeks during the summer of 2007… it was the securities that failed and were being downgraded in terms of their ratings that kicked off this fun-filled fiasco.

No matter, at least you’re understanding that today the people falling into foreclosure did nothing to cause their fate.  It’s now happening at every socio-economic level of our society, and you may be assured that it will spread and deepen from here.

A few paragraphs later we’re treated to our new friend, Tim Massad, the acting assistant secretary for financial stability at Treasury.  Massad is no genius, as you can come to understand by clicking HERE.  Here’s what Tim had to say…

“This is an industry that was simply not prepared for this crisis, hasn’t had the procedures in place, hasn’t had the people to deal with it.  And we’ve seen that over and over again. I think they’re better, but they’re not nearly where they need to be.”

Oh my God, what year is this?  Oh… I checked my iPhone and it says 2011, whew… that’s what I thought.  It was just that for a split second, after listening to Tim’s statement, I wasn’t at all sure.

So, I’m not going to drag you through the entire article, I want you to watch the video segments below so you can see how close, yet far away NBC’s cutting edge journalists are to understanding the truth about this tragedy.

I do have to recognize Mark Zandi’s contribution a few paragraphs down the page from here, because it’s the first time I’ve heard him say something smart in quite some time… he says:

Each new foreclosure brings another distressed property on the market, pushing prices lower. The greatest risk, said Zandi, is a downward spiral that becomes difficult to unwind.

“Prices decline, that pushes people underwater,” he said. “There’s 14 million people now underwater. Half of those are underwater by more than 30 percent. That’s the fodder for (more) default.”

Okay, Zandi… you did good there… that was very economist of you and I appreciate it, I really do.  One thing though… is it necessary to refer to underwater homeowners as fodder?  I’m thinking it is not.  No one likes to be called “fodder,” Mark…

NBC NIGHTLY NEWS with Lisa Myers at the anchor desk, looks at the foreclosure crisis.

The Real Faces of Foreclosure