Home  »  MAX GARDNER from the Front Lines of the Battle… A Mandelman Matters PODCAST!

MAX GARDNER from the Front Lines of the Battle… A Mandelman Matters PODCAST! 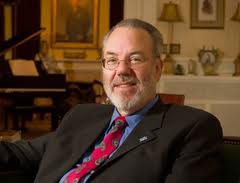 If the the foreclosure crisis and battle against the banksters was an actual conventional war, you know, like the kind of thing we usually refer to as a “police action,” or “peacekeeping mission,” (white phosphorus, after all is just “Freedom Powder,” right?) then O. Max Gardner III, or Max, when not reading his name off of his business card, would unquestionably be a 5-Star General… I picture a cross between General Patton and Adlai Stevenson… with a voice that sounds like it might have just walked out of Floyd’s barbershop on Mayberry R.F.D.

As most of my readers know, I didn’t come to this battleground from the real estate or mortgage industries, so I’ve had to learn a whole heck of a lot to really understand things, keep up with the latest insanity, and write articles that… well, that matter. ¬ÝThere are so many people that have helped me along the way that I couldn’t possibly thank them all, but one stands out above the rest… MAX.

The very first time we spoke on the phone the call lasted over three hours… and this is a lawyer who’s busy beyond belief. ¬ÝDuring Max’s career, he has tried 102 lawsuits in front of a jury… all but two he won. ¬ÝAnd one of those two he re-tried and won the second time out. ¬ÝThat’s not luck… he’s just that good at what he does… and more than anything else, what he does is what he knows. 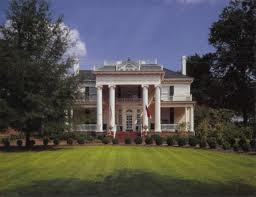 Webbley, more commonly known today as the O. Max Gardner House, was the home of a key figure in the State’s famous “Shelby Dynasty,” O. Max Gardner (1882-1947), Max’s grandfather, who was a State Senator, the State’s youngest Lieutenant Governor, and later as Governor – 1929 to 1933.

Since 2006, over 800 attorneys from all over the country have graduated from Max’s Bankruptcy Boot Camp, ready, willing and able to take on the banksters and other creditors and servicers like few others could. ¬ÝThey pay thousands of dollars and make the pilgrimage to Shelby, North Carolina to spend over 4 days learning from the best of the best.

I was honored that Max invited me to attend… and although I’m not a lawyer… I can tell any attorney reading this that it’s worth ten-fold what it costs… in fact when you combine the knowledge, the contacts and relationships, and the tangible tools and ongoing support one receives, it’s the definition of priceless. ¬ÝI can’t imagine another way to get what you do in less than a week at Max’s Boot Camp.

And it’s not just about bankruptcy, so don’t let that term fool you. ¬ÝMax is a consumer attorney who finds advantages in bankruptcy court, but I’m quite sure could try cases in any court in the country were there reason to do so. ¬ÝIt’s all about the battle against the banksters, the creditors, the servicers, and all the rest who profit from illegal and unethical practices, and egregious and undisclosed fees and charges.

Okay… I’ll shut up now… click the button below… and you’ll hear a Mandelman Matters PODCAST… A PODCAST THAT MATTERS, if you will. ¬ÝFrom start to finish, it’s unquestionably MAX GARDNER at his candid best.

You’ll hear Max talk about the causes of the financial meltdown and foreclosure crisis… about the robo-signers and what they mean to homeowners and foreclosure defense attorneys… and about the banksters themselves and how they profited immensely from their fraudulent abuse of the the securitization process.

You’ll hear him talk about what’s ahead too… what he thinks lawyers and homeowners should be thinking about today and tomorrow. ¬ÝI don’t think there’s anyone has been doing this as long or as successfully as Max, and therefore no one ¬Ýhas his unique perspective on the crisis that is breaking the back of the American working class, and preventing our nation from recovering economically. ¬ÝI hope you enjoy listening to it, even half as much as I enjoyed doing it.

Here he is… my good friend… and yours… Max Gardner!

CLICK HERE TO PLAY THE MP3 VERSION OF THE PODCAST:¬ÝMOST COMPUTERS 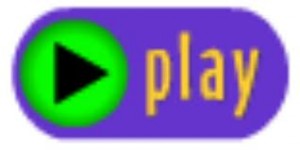 CLICK BELOW TO PLAY AN ENHANCED VERSION OF THE PODCAST: FOR MAC USERS