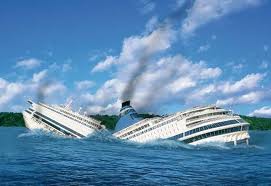 I don’t usually post this type of post, mostly because I think there are lots of other sites that do.  But I also know that yesterday there was so much economic data coming out… much of it seemingly boring… that I fear that many readers won’t catch it all.  I mean, I know my readers know what’s happening in the housing markets, but there are other things melting down in this country.

For example, I’m posting the video below because I figure that some people didn’t see it yesterday.  And that simply shouldn’t be allowed. (Hat tip to Yves Smith on Naked Capitalism.)

On the video clip from CNBC, Peter Yastrow, a market strategist for Yastrow Origer, told the pre-paid cheerleaders at CNBC that there is near panic on Wall Street today, because money managers cannot find acceptable yields… meaning that they can’t come up with a place to invest the funds for which they are responsible.

You’ll see that Peter is in a near panicked state.  He REALLY doesn’t want anyone to sell stocks no matter what.  He says if we start selling, it will be a disaster.  Personally, me thinks he doth protest too much, and not that I have any money in the stock market at this point, but if I did, this video would be a red EXIT sign for me.  Here’s some of what he says:

“What we’ve got right now is almost near panic going on with money managers and people who are responsible for money.  They can not find a yield and you just don’t want to be putting your money into commodities or things that are punts that might work out or they might not depending on what happens with the economy.”

“We need to find real yield and real returns on these assets. You see bad data, you see Treasurys rally, you see all bonds and all fixed-income rally and then the people who are betting against the U.S. economy start getting bearish on stocks. That’s a huge mistake.”

The news of the day also showed manufacturing numbers came in “below expectations,” although I have to say that this country obviously has some overly optimistic forecasters, because they’re consistently expecting an awful lot.  They also don’t seem to understand inventory cycles, which would seem to account for our first quarter manufacturing numbers.  But, hey… what do I know…

The other bad news was that private sector employers, according to ADP, added just 38,000 jobs, which was just a smidgeon below the expected 175,000.  Now, ADP’s numbers have come in under the government’s estimates in 12 out of the last 14 months, so if you want a larger number, just stand by and I’m sure the government will come through once again. 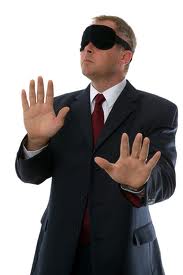 Of course, if you look around to see how others in the mainstream media are interpreting the data, you’ll see more of the same optimists that continue to be disappointed and they will say it’s just a blip and certainly not the beginning of another leg downward for our economy.  The thing is… they’re not just wrong, more than likely they’re lying… and it’s easy to see what’s really going on here.

The stimulus spending is done.  The tax credits for buying a home are done.  QE-2, which stands for the second round of quantitative easing by the Federal Reserve… printing money, if you’d prefer, is also at it’s end.  The Fed’s not buy mortgage-backed securities anymore.  And meanwhile, housing prices are continuing to fall, and at this point in the crisis, they’ve fallen faster and farther than they did during the 1930s.   And that’s according to… well, everyone except maybe the National Association of Realtors. 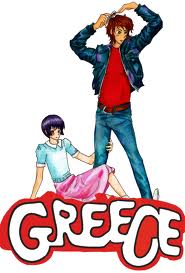 And I don’t even want to get into what’s soon to be defaulting in Europe, except to say that Greece is the word.  After that is finally allowed to happen, the spanakopita is going to hit the fan, and then it’s anyone’s guess as to which way the Euro-dominoes will fall.  It’s become clear, if it wasn’t already, that this is really not an “if,” situation, it’s a “when.”

The simple fact is that the world’s economies have been resting on multi-trillion dollar bed of stimulus money that has provided us with a soft landing perhaps, but it’s run out, as all stimulus must,  and we have little else to show for it.  Now the downward spiral that never stopped but sort of paused, can proceed with pulling us down.

And we know it too.

The Conference Board, the industry group that publishes the “consumer confidence” numbers, reported that its index of consumer attitudes fell to 60.8 from an already revised 66.0 in April. And once again, the numbers disappointed the unnamed “economists,” who supposedly were looking for 66.5, based on… oh please… based on nothing.  (If this number falls below 55, I don’t know… maybe put on a sweater.)

But even though I think most people in this country are starting to sense the truth of what’s happening, even if many don’t know the details, Wall Street, according to the headlines is “baffled.”  Wall Street is Baffled by Slowing Economy.

Mike Riddell, a fund manager at M&G Investments in London, in a note to CNBC published yesterday, says that all of the economic data in the U.S. has “fallen off a cliff.”  Here’s an excerpt from his article, Horror for US Economy as Data Falls off Cliff:

And check this out… Moody’s Warns of Rising Risk on U.S. Credit Rating. We got this same type of warning from Standard & Poors a few months back, but Moody’s is taking it up a notch.

These are the same ratings agencies that had no trouble stamping triple A on anything and everything in order to get us solidly into this crisis that are now threatening us with a downgrade, and I think they call that “irony.” 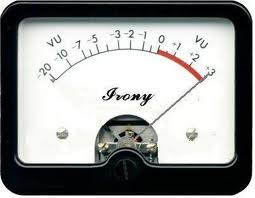 And the beat goes on… US Factory Orders Decline Broadly, Led by Transportation

According to the Commerce Department’s report yesterday, U.S. factory orders dropped in April, including a very sharp drop in the demand for transportation goods, which fell by 9.3% in April, almost erasing an increase in orders of 10.6% in March.

And such declines in orders were found across the board in April, with categories like primary metals, machinery, computers and electrical equipment, all taking significant hits.

And then you have people like that analysts at Danske Bank in Copenhagen who blame the lousy reports “on a confluence of factors hitting all at once,” but they don’t see the data as evidence of a prolonged downturn.  Here’s their thinking on what has caused our downturn, if you can call it thinking:

“Higher oil prices and the Japanese earthquake are the main explanations” said Allan von Mehren, chief analyst at Danske, in a research note.

Allan also said: “The faster the decline now, the faster the recovery will be,” thus proving beyond any doubt in my mind anyway, that he is a dolt, because nothing this guy says makes any sense at all.

But all in all, the Yastrow you’ll see on the video below is not feeling good at all.  He said:

“Interest rates are amazingly low and that, thanks to Ben Bernanke, is driving everything.  We’re on the verge of a great, great depression. The [Federal Reserve] knows it.”

So, there you have it… a veritable cornucopia of crummy news… and all of it from CNBC, a cable news channel that normally broadcasts nothing but bull… markets.  Bull markets… that’s what I meant.  But, it’s getting impossible to ignore reality, and I think everyone should know it.

It’s going to get worse… no matter what we do… and I think all we can do now is know as much as possible about what’s happening in our world.  Knowledge is power, right?

And by the way, the part that you don’t want to miss starts 6 mins and 30 seconds in… the rest won’t kill you, but you want to see Yastrow… for sure.