Well, it’s almost officially summertime and that means… well, it means… it could mean… what I mean is… it might mean…

Nothing.  I’ve got nothing.

So, fine then… let’s just jump right into this month’s Museletter…

It’s a whole new language, Bankster-Speak, but if you’re going to try to understand what’s going on these days in this country, you’re going to have to learn at least some of it.  Frankly, it makes my hair hurt, but I thought I’d get you started on the road to understanding a bankster.

Okay, so that’s a start anyway. Send your suggestions to mandelman@mac.com. 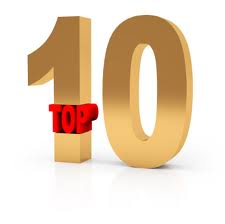 2. On which list would you find Massachusetts, New Hampshire, Missouri, Maryland, Alabama, Mississippi and Tennessee?

Can you guess?  What would you say if I told you they all made the list of states with sub-prime adjustable-rate mortgage delinquency rates of OVER 30%… in Q1, 2011?

Well, say it… ‘cause I’m telling you precisely that right now.

Massachusetts, New Hampshire, Missouri, Maryland, Alabama, Mississippi and Tennessee all had delinquency rates over 30% as of the first quarter of this year, according to the Mortgage Bankers Association’s latest report.  And two of the three states with over 50% seriously delinquent sub-prime ARMs…. Drum roll please…

(Do me a favor though… don’t tell Las Vegas, Phoenix or Florida, okay?)

So… that’s good news, right?.  At least we know the foreclosure crisis isn’t spreading, it’s just that we’ve got irresponsible people everywhere.  Oh yeah, and we only have a foreclosure problem in places where there was a big run-up in property values during the bubble.  You know, places like Missouri, Mississippi and Tennessee. 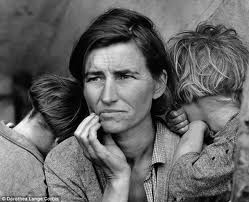 3. Lessons from History… How did we deal with the foreclosure crisis of The Great Depression?

“The first attempts to reduce foreclosures during the Great Depression focused on encouraging lenders and borrowers to renegotiate loan terms through mediation boards and other voluntary arrangements. However, the clamor for compulsory foreclosure moratoria grew louder as the Depression worsened and the number of foreclosures rose. On February 8, 1933, Iowa became the first state to enact a moratorium on mortgage foreclosures. Over the subsequent 18 months, a total of 27 states enacted legislation to limit or halt foreclosures.” (Skilton, 1944, p. 78).

Want to know a lot more about how we as a nation dealt with the foreclosures during the 1930s, here’s a report from the St. Louis Federal Reserve… they don’t make this stuff easy to find. 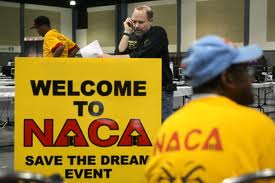 4. I wanted to like NACA and Bruce Marks, I really did.  But every time I try, something like this happens.

I wanted to like NACA and Bruce Marks, how could I not?  But every time I bump into the organization something like this happens.  It’s weird… well, of course the whole thing is weird, but this is… well, weird.  I mean, Bruce Marks seems like the kind of guy I would like… what’s up with NACA?  And why do they seem to consistently let people down.

Here’s the email my friend Richard Zombeck of Shamethebanks.org just received from the nice folks at NACA:

Our records show that your file has not been submitted to your lender/servicer. For you to achieve an affordable solution, a NACA Counselor must submit your file. You need to make a counseling appointment as soon as possible.   You must prepare for and have a counseling session immediately by going to www.naca.com.

To have the most effective counseling session you should complete the items identified on your Web file. If you cannot access your Web-file or cannot access items due to a software issue, click here so that NACA IT staff can address it.

Requirements Prior to Counseling Appointment: Prior to your counseling session we must have the below income documents and authorizations that are required by your lender/servicer. If you have not submitted or completed the below, your session will need to be rescheduled for a later date (this is not required for face-to-face counseling appointment).

Okay, so the letter goes on to list the stuff that Richard is supposed to bring with him to his NACA counseling session.  And that’s it.

The thing is, that here’s the response that my friend Richard sent back to NACA after getting their very helpful email message:

Wow thanks so much for getting back to me. We filled out the form over two years ago when we really needed help. You must be really busy. Unfortunately as is the case in most foreclosures you deal with you were of no help. In fact I have yet to hear a success story out of your organization.

You may not be aware of this, but when we called you and filled out all of your ludicrous paperwork in 2009 we really needed help and had no idea where to turn. I can only thank you for not having offered your help when we needed it, but have to wonder how many other people you’ve blown off and how many lost their homes because of your retarded response.

Truth is… I haven’t heard a success story about NACA either. 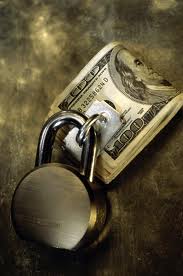 So, I’m sure you’ve heard, the Treasury Department announced that would be suspending incentive payments provided to the three largest mortgage hampsters under HAMP until they get their acts together… Bank of America, Chase and Wells Fargo will not be receiving checks that add up to millions of dollars each month, until they can show that they’re much better at handling loan modifications.

Here’s the funny part… the top three hampsters responded to Treasury with a little righteous indignation.

Wella Fargo issued the following statement, according to DSNews.com, saying that the bank is “formally disputing the findings.”

“It paints an unfairly negative picture of our modification efforts and contradicts previous written assessments shared with us by the Treasury,” Wells Fargo said.

“We are willing to accept fair and accurate criticism,” Wells Fargo said. “We realize that continued improvements are needed, but this report does not fairly reflect our leading role in making loan modifications… We want our customers to know we are here to help them.”

Wow… is that what Wells Fargo wants customers to know?  I would never have guessed that, would you?  Based on my experience with Wells-the-hampster, I would have said that they want customers to know that they should either pay their mortgage as agreed or go jump in a lake.

“The bank respectfully disagrees with the assessment,” said a JPMorgan spokesman. “We have made significant improvements since the modifications that Treasury reviewed and continue to work hard to keep improving our processes and controls.”

Chase has made improvements?  Why am I always the last to know these things?  What have they improved… their time from NOD to trustee sale?  Maybe they’ve reduced the number of times they have to lose someone’s paperwork before they give up and move out of their home from four to three, or something like that.

And Bank of America said the following:

“We are committed to continually improving our processes to assist distressed homeowners…. We acknowledge improvements must be made in key areas, particularly those affecting the customer experience.”

“We believe future reviews will confirm [our] progress,” Bank of America said. “We meet regularly with [Treasury] officials to review performance and address any concerns, and will continue that process.”

Don’t you just love BofA?  Read their statement again… I did… three times.  They are the absolute best at using words while saying nothing.  Most people have to shut their mouths completely to say as little as they do.  It’s got to be something the organization learned from Kenny Lewis over the years.

I wish I could help Treasury write the response to these whining hampsters who feel they’re being treated unfairly.  It might say something like:

“We’re sorry, but there is no appeals process at this time.  You failed the secret hampster test and we can’t tell you anything more about it… only that you failed.  You’re certainly welcome to send you paperwork in again and we’ll give it a cursory review before we lose it… probably.  Look, you’re just another irresponsible hampster… no one forced you to sign the HAMP contract, so now you’ll just have to learn to live up to your agreements.

And then if one of the hampsters called in, I’d say, “please hold …” and then I’d go to lunch… come back hours later and just hang up the phone.

That’s all for now, folks…

That way, you’ll never miss out on the stuff that matters.