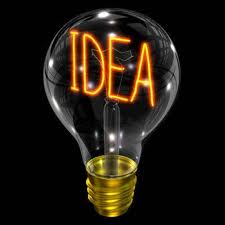 Too many of those devastated by the foreclosure crisis in this country are older Americans, who are often on a fixed income or are otherwise disadvantaged in the battle against unexpected financial trauma. This proposal seeks to protect mature homeowners and their families by arming them with a powerful new weapon against the on-going foreclosure onslaught.

This article is a plea to President Obama for a supplemental HAMP initiative which would provide superior benefits to as many as a quarter of distressed American households, while generating the enthusiastic lending industry support necessary to make any modification program successful; all at no additional cost to taxpayers.

The foundation of this proposal is a reverse mortgage “RM”, a powerful and underutilized foreclosure defense tool. It is particularly valuable to financially distressed homeowners because bad credit is not a disqualifier, income requirements are minimal, and no principal or interest payments are due for the life of the loan. Although reverse mortgages are not new, a leveraged combination of reverse mortgages, HAMP, and a subordination program will bring amazing benefits to homeowners, the mortgage lending industry, and our real estate market.

Below is a description of the proposed Reverse Mortgage Option HAMP “RMO HAMP”:

I. Homeowners, age 62 and older, if in default or imminent default, shall be allowed to obtain a reverse mortgage for their primary residence. All proceeds of the RM shall be applied to the homeowner’s current mortgage. Unfortunately, that will probably not be enough to completely pay-off the mortgage. Proceeds from a typical RM are usually about 60% of the market value of the home, far less than the amount distressed homeowners usually owe on their mortgage. That problem leads to step II of this proposal.

II. The original first mortgage will be subordinated to the RM (meaning it will become a junior mortgage behind the reverse mortgage) and will be modified as follows:

a. The interest rate on the junior mortgage (which was formerly the first mortgage) shall be fixed at 5% and the term shall be adjusted to 30 years.

b. If necessary, there will be a principal reduction of the junior mortgage so that the combined balances of the junior and reverse mortgages (less the closing costs of the RM) do not exceed the fair market value of the property.

III. In order to provide appropriate incentives and compensation for the additional work required of mortgage servicers (the bank or company to which you make your mortgage payments), the HAMP financial incentives normally directed to borrowers and lenders shall be re-directed to servicers, along with standard HAMP benefits previously payable to servicers. Those benefits shall be calculated and payable on the same schedule as if a standard HAMP modification had been granted. Many, including this author, believe insufficient servicer compensation has resulted in minimal and begrudged HAMP participation. This defect may be the primary reason HAMP has produced such dismal results. The redirection of incentives is intended to eliminate that debilitating flaw for RMO HAMP. Due to the far superior benefits of RMO HAMP to borrowers and lenders, they have no cause to object to the necessary redistribution of HAMP incentives to make this program possible. This redirection also eliminates necessity for additional taxpayer funding.

IV. Junior mortgages that were already in place prior to the RMO HAMP transaction, (initially a HELOC or 2nd mortgage), would be required to modify their terms in a manner consistent with the requirements, if any, under standard HAMP. All junior mortgage holders would necessarily be required to subordinate their position to RMO HAMP mortgages. Although the legal seniority of those junior mortgages would, technically, be reduced, default risk of those mortgages would be significantly improved as a result of the far greater affordability of total mortgage payments, and the principal reduction of superior mortgages when warranted. That provides the financial justification for the mandatory subordination of junior liens.

In order to gain a better sense of the potential benefits of the proposed program, it is helpful to look at the following typical example of a home with an 8% mortgage currently in default, with a principal balance of $220,000, and a market value of $200,000. The retired homeowners have pension income totaling $3,780 per month.

Results of the above RMO HAMP example:

1. From the borrower perspective: RMO HAMP modification would be a bit like winning the lottery. The foreclosure threat would be permanently ended with the easily sustainable modification. The principal and interest payments under RMO HAMP, only $429 per month, would be less than 1/3 of the current payments, and less than 1/2 of standard HAMP payments. RMO HAMP payments, unlike standard HAMP, would remain fixed, an important feature for those on a fixed income and not intending to die within the next 5 years. A principal reduction of $10,000 would top off the RMO HAMP benefits in this example.

2. From the lender perspective: The lender would immediately receive more cash, 60% of market value, than it ever expected to receive from foreclosure. It would also have a much better chance of receiving another 40% of market value through its new, more affordable junior mortgage, because no payments would ever be due on the first mortgage. Lender NPV would be almost triple that of foreclosure, and 23% more than from standard HAMP. On a national basis, the program would create new lender demand for hundreds of thousands, if not millions, of Reverse Mortgages. These are exceptional results for lenders.

3. From the servicer perspective: Fees payable to the servicer, almost $20,000 in this case, would be about 13 times higher than under standard HAMP. The servicer may be able to further increase fees by seeking servicing rights on the reverse mortgage. These fees should be sufficient to award, rather than punish, the servicer for doing the right thing… modification. When compared to the paltry incentives typically available, this is a superlative result for servicers.

4. From the taxpayer perspective: Same cost per modification as standard HAMP. Many more modifications completed, as originally projected. Faster recovery of the real estate market and economy. It doesn’t get much better than that.

All parties under RMO HAMP would benefit far more than from standard HAMP or current proprietary modification programs.

Note it may be necessary to amend or waive HUD regulations governing subordinate liens for RMO HAMP. Those regulations were designed during better times to protect senior homeowners, but are now rendering many of them defenseless against foreclosure. Certainly, there is ample justification to change those restrictions for purposes of avoiding foreclosure.

RMO HAMP could be utilized immediately by a sizable portion of American households. By providing the necessary incentives to all parties of interest, it might put HAMP back on track to avoid foreclosure for the originally intended four million homeowners. Imagine how many people affected by the housing crisis would be back to work if 3 – 4 million homeowners were able to keep their homes and were suddenly motivated to maintain and improve them, and could afford to do so. With the snowball effect, many of those re-employed people would be enabled to modify or otherwise keep their homes.

All would agree, foreclosing and throwing a family out of their home is a horrific action. Can we stop doing this to Grandma and Grandpa, and then see if we can progress from there?

About the Author: Rick Rogers, JD/MBA is Executive Director of the Rogers Law Group, a Chicago area Law Firm dedicated exclusively to Home Preservation. For over 20 years, he has composed and utilized NPV Tests for the purpose of comparing real estate alternatives nationally and internationally. For the last 10 years, his practice has been devoted to foreclosure, mortgage default, and related matters.

Contact him at rrogers@therogerslawgroup.com or here: The Rogers Law Group.