Home  »  FOR THE FATHERS

Re-posted from last year by special request, and because it’s Fathers’ Day! 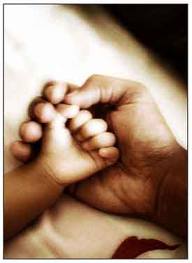 I‚Äôm a father and there‚Äôs no father in the whole world happier than I am about being a father.¬Ý I love my daughter more than words could ever express, and if I had one wish, without hesitation it would be to be able to relive my life with my daughter over and over for eternity.¬Ý Every second I spend with her is the best moment of my life, and I hope we are together forever.

There‚Äôs nothing to compare to fatherhood.¬Ý In fact, someone once asked me to recount one of my life‚Äôs most embarrassing moments, and for a moment I considered telling them about the time‚Ä¶

‚Ä¶ It was just after a big rain storm, and I was driving my car with the window open, waiting to turn left at the light, staring out the window, just daydreaming for a moment, head leaning to my left, supported by my hand, and apparently with my mouth open just a bit, when a car turning in the oncoming lane passed through a six or eight inch deep puddle of water that was exactly 90 degrees to the side of the car, soaking me from head to toe, as if standing under a waterfall, but more importantly, filling my mouth with puddle so entirely, so unexpectedly that I believe I lost all composure for several moments.

‚Ä¶ Or, there was the time, back in second grade, when I was running extra fast to impress Susie Mulvahill, while playing tag in the playground during recess, when I failed to notice one of the eight inch wide, vertical iron girders that rose from the cement to support the four story tall fire escapes that stood on either side of the old red brick school building that was Wightman School‚Ä¶ girders that had been painted black, but should have probably been ‚ÄúAlert Yellow,‚Äù and I was running at full speed when I slammed straight into the unforgiving iron and knocked myself out, only to remember being awaken by a teacher and gaggle of classmates all yelling, ‚Äúwake up!‚Äù.

‚Ä¶ Or, there was the time when I was eleven and, against the advice and strong objections of my parents, I went swimming far too soon after eating a large Italian Hoagie and‚Ä¶ well, maybe we don‚Äôt need to talek about that one.¬Ý I don‚Äôt think we know each other well enough for that one.

Anyway‚Ä¶ I decided instead to say that my most embarrassing moments were all of those in which, before my wife and I had a child, someone who did have children invited me into a discussion about raising children‚Ä¶ and I participated.¬Ý Wooooo-boy‚Ä¶ I would not want to learn that any of those discussions had been taped, and I was about to be a guest on ‚ÄúThis is Your Life‚Äù.¬Ý That‚Äôs the sort of thing that makes me want to run screaming from the room‚Ä¶ even now, as I’m writing this.

There is nothing that compares with having a child.¬Ý Nothing even close.¬Ý I really don‚Äôt believe you know joy, fear or sadness until you have a child‚Ä¶ at least I did not.

But, it‚Äôs hard for me to be happy without thinking about the hundreds of thousands or perhaps millions of fathers who while they smile through their day, are also worrying about what will happen tomorrow because they know that, despite their best efforts, they may lose their homes.¬Ý And I know that most of them blame themselves for decisions they made during a very different time that now seem so irresponsible or foolish but that then seemed entirely reasonable. And that makes me sick because I understand that it‚Äôs not their fault that things have changed so dramatically. They could not have known what was to come. They didn’t do anything wrong, yet they blame themselves.

It’s also not a natural disaster. It’s the fault of a very small, specific and definable group of Wall Street bankers and related financial types‚Ä¶ criminals, in my mind, if not in the eyes of the law… that literally plotted to abuse the system to such a degree that what they did for profit has essentially bankrupted millions. They’re not bankrupt, however, they made tens of millions, and sometimes hundreds of millions of dollars off of their scheme.

Then when it started to unravel… when Alan Greenspan raised rates 17 times in a row by the summer of 2006 in an effort to cool off an overheated housing market… at the same time something else was about to break… something else that was much harder to see than the houses that would soon start going into foreclosure: the bond market, and specifically the market for mortgage backed securities.

When rates went up, some went into default, and then when the pension plans that had bought Wall Street’s securitized and re-securitized bonds and derivatives realized that the bonds were improperly rated triple A, they dumped them immediately and at fire sale prices. No one trusted the ratings, so no one would buy the bonds, so the banks couldn’t sell their mortgages, so they stopped lending. It was like a 10th Avenue Freeze Out, as The Boss, Bruce Springsteen sings.

So, people were defaulting because rates had risen, and because they had loans that had been designed to need to be refinanced, but there was no refinancing because Wall Street had sold improperly rated bonds and now no one trusted the ratings, so the banks wouldn’t lend because they couldn’t sell the loans to Wall Street because no one wanted the bonds… and the winners were the people who bought credit default swaps… and then there was the leverage… whew! Hold it right there.

Do you see why I’m saying that it wasn’t any father’s fault? Because it wasn’t, and anyone who would like to argue that is welcome to come my way because I’m gunning for the next one who wants to go down.

It wasn’t the borrowers, it was the God damn bankers. And don’t write to me about saying God damn in this situation because I mean specifically that God should damn them. So, if that makes you uncomfortable then read someone else, because you are not welcome here.

When it all happened, the media started blaming the thing they could see, and the bankers pushed the point of view… it was the borrowers who were causing their own plight. It was a lie then and it’s still a lie.

And it’s caused so much pain, and it caused more today, a day when fathers should feel nothing but joy. So, instead of my feeling only joy today, I cried for the fathers who felt guilt and shame and fear inside, while they smiled through their special day. Because they shouldn’t have had to feel any of those things because they didn’t do anything wrong… they didn’t put their family’s home at risk of foreclosure… the Wall Street bankers and catatonic government regulators did that.

Because fathers do anything and everything for their families they love, and one of my readers reminded me of that today by sending me the video below to remind me that I’m fighting for my family and for fathers everywhere. I’ve seen the video before, but the reader who sent it to me reminded me that I am fighting for my family and families everywhere.


Someone else sent me something today. Danny Schechter, the writer, producer and director of the new movie PLUNDER, contacted me by email today. He had just found Mandelman Matters and he wanted me to watch his film and talk to him about how I could help get the message out about the film.

So, I did. I watched the whole thing and was glued to it the whole time. I stumbled over a couple of things in the beginning, but I stayed with it, and found those things didn’t matter at all.

PLUNDER is the first and only movie that explains what I’ve written hundreds of pages about in a movie that’s 1 hour and 40 minutes long. It’s way better than Michael Moore’s Capitalism – Love Story, if you happened to see that.

INVITE EVERYONE YOU KNOW OVER TO WATCH IT WITH YOU!

LET THE FATHERS AND MOTHERS OF THIS COUNTRY OFF THE HOOK. IT WASN’T THEY WHO CAUSED THIS, IT WAS THE BANKERS. PERIOD. THE END.