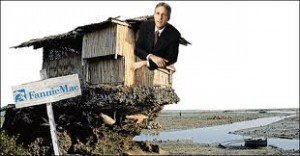 If you’ve been following the goings on in Hawaii as related to SB 651, the state’s new foreclosure law that requires servicers foreclosing non-judicially to produce chain of title documents, including assignments and endorsements prior to scheduling mandatory dispute resolution in front of a mediator, here’s a piece of news you’ll want to hear.

And, even if you haven’t been following the situation pertaining to foreclosures in Hawaii, but you’ve often wondered what the banks would do if they were forced to prove they actually own a home, or represent a trust that holds the actual note, BEFORE foreclosing… you’ll want to hear this too.

First of all, in case you don’t know any of the background here, you might want to click on this article: Governor Abercrombie Signs SB 651 – Toughest Foreclosure Bill in Nation, NOW LAW!

But for everyone else, those who know that recently Hawaii’s state legislature became the first in the nation to stand up to the banking lobby, passing the toughest foreclosure protection bill in the country, haven’t you been wondering what the banksters were going to do in response?

Well, I sure have… in fact, I’ve even been working on a document to send over there that analyzed the different potential bankster responses, and even after analyzing things and trying to find something out about their plans, I still really wasn’t at all sure.  I just could not imagine the servicers or lenders actually being able to conform to the new law’s requirements under any circumstances.

But, you see… a lot of people, when I say that, say things like… “well, I’m sure they have the proper documentation on SOME of the loans… they can’t ALL be gone.”  And I say, no they don’t.

And they say, “now how do you know that?”  And I say, because of robo-signing… robo-signing does not appear on a list of alternative actions.  If you chose robo-signing, it’s because you couldn’t think of anything else.  And because they never have the properly endorsed note in any of the high profile cases.

If they had some, we’d have seen them by now… heard about them… instead all the banksters say is that it’s an isolated incident whenever they don’t seem to have one, or the law firm didn’t produce the proper documents… stuff like that.  In the Ibanez decision in Massachusetts, they didn’t even show up with a schedule of loans…nothing. 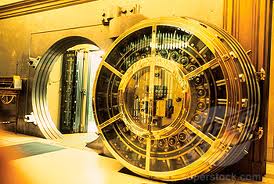 At this point it’s at least statistically improbable  that they have them… unless they have them and they’re blank on the back, as in never endorsed to anyone, in which case the are in a vault somewhere and they’ll never show them to anyone.

And even after all that and more, some people, especially journalists, still say… “well, we’ll see.”  Many of them aren’t even bothered by the fact that pretty much all the banks were robo-signing… all of them… competitors… and they all seem to have the same problem and they all came up with the same idiotic solutions… and all at the same time… all of them… competitors… fascinating.

Well, I’d say that what I’m about to show you puts a proverbial nail in the benefit-of-the-doubt-coffin.

Here’s how I analyzed the situation in Hawaii… it seemed to me there were four options for the banksters:

That’s it, right?  What else could the banks do, in light of the new law?

I figured, that if I was right, they couldn’t chose #1.  They just don’t have the chain of title documents unless they forge them.  They could go with judicial foreclosure, #2, but it sure could be Florida Part Two, and that’s a real mess.  Besides, Hawaii courts could adopt the same standard the new law outlined for mediation, in which case there’d be little advantaged gained.  #3 seemed unlikely, but was a possibility nonetheless.  And #4… well, it seemed to me that banks challenging the state’s new law could be WW III.

So, I really didn’t know what the banking industry was going to do… I only knew one thing with certainty, even if everyone didn’t agree… no way would they conform to the new law governing non-judicial foreclosures.  Mediation sounded nice but if you can’t prove you own the property, you can’t satisfy the requirements of the new state law in Hawaii.

That’s what’s funny, in a way… Hawaii’s new law is only demanding that the bank follow the existing laws… nothing more.  SB 651 doesn’t impose some new law or new requirement on bankers related to foreclosure, it merely requires bankers to do what they should have done all along under the existing laws governing the transfer of real property. 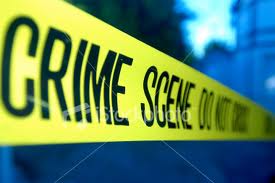 Let’s say I lost my pink slip to my car and I want to sell it to you.  I can’t.  I’m going to have to go down to the DMV and follow some sort of process to get anew pink slip.  Period.  The answer isn’t for me to get on my computer and make a fake new pink slip.  If I do that, now I’m guilty of a crime.  And no judge is going to care that I was in a hurry to sell my car and say it was okay, therefore, to forge a pink slip.  I’m not a lawyer, but I’m pretty sure that what I just said is correct.

So, what’s the NEWS?  Is that what you’re wondering at this point… I’m torturing you?  Okay, sorry, I just wanted you to have the same foundation I did when I heard the NEWS.

Fannie Mae has announced that it will ONLY pursue JUDICIAL FORECLOSURES in the State of Hawaii. They will not even attempt to comply with the new law.  And why?  I know why and you should too… because they can’t… because they don’t have the properly endorsed notes and can’t produce the proper chain of title… ever.

It’s like a game of chess… they did things… Hawaii did something in response… then they make a another move… and now it’s Hawaii turn again.  And I’ll be on the phone to Hawaii in the morning… because I have an idea or two about what their next move might be. 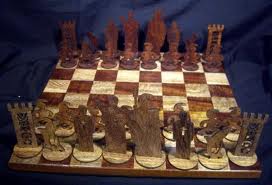 And one more thing… let us not forget that this whole thing isn’t about the borrowers. All anyone has wanted was for the banks to modify loans in order to PREVENT PREVENTABLE FORECLOSURES, as the federal government asked them to do… as they contracted with the federal government to do… as is the right thing to do after being bailed out by the American taxpayers… and after being the people that caused the economic meltdown in the first place.

Why is it perfectly okay in the mind of the banking industry that they continue to be bailed out in various forms, but it’s not reasonable to extend the same courtesy to the American taxpayers who did the bailing.  Did the homeowners of this country cause housing prices to fall off a cliff in the course of a year?  Or did that happen because of a global credit crisis?  Because I don’t think it was the homeowners who caused the global credit crisis, was it homeowners?  Did we do that?