Fannie Mae Chickens Out of Phone Conference with Hawaii’s Homeowners

As my readers likely know, I’ve spent this past week in Hawaii, not on vacation unfortunately, but meeting with members of the Hawaii state  legislature, several community leaders, and various attorneys who represent homeowners at risk of foreclosure and fighting to stay in their homes.

It all started a couple of months ago when Hawaii passed what I referred to as “the toughest foreclosure bill in the nation,” which among other things, required servicers pursuing a non-judicial foreclosure, to provide the chain of title documents, including a properly endorsed note, any assignments, applicable allonges, and the rest, 14 days prior to scheduling a mandatory mediation in advance of foreclosure.

The fact that it passed was astounding, the banking lobby hated the bill and did whatever they could to stop its passage, but Hawaii’s legislature wasn’t buying what they were selling and Governor Abercrombie signed SB 651 into law a couple of days after its passage.

The question on everyone’s mind, or at least on the minds of those involved in the foreclosure crisis and the battle against the bankers and servicers, was… what would the bankers do in response to the new law.  Would they participate as designed, or would they find some way to circumvent the whole thing, while appearing totally reasonable to most of the population? 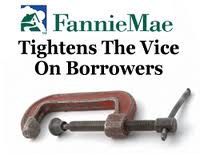 I wrote about Fannie’s announcement and fired off a few emails to members of the state legislature and a week later, I was landing in Honolulu and the following morning I was on my way to my first meeting at the state Capitol building to meet with Rep. Herkes and maybe a dozen staffers from various offices.

The meeting went very well, I talked to the group about what I’ve seen on the mainland in every state over the last three years, as far as foreclosures and loan modifications were concerned, and what I felt were important components to improving things in Hawaii going forward.

I found the people in Hawaii’s government and community organizations to be genuinely caring, concerned, empathetic individuals… you know, all the things the bankers are not.  For example, in response to Fannie’s announcement, there was talk of circulating a petition asking, I suppose, that Fannie reconsider its position and agree to participate in the state’s new mediation program.

A petition?  To get Fannie Mae to change its mind about something?  Well, that just struck me as down right adorable.

Fannie Mae is a bankrupt mortgage behemoth whose culture has been shaped by corruption, accounting improprieties, and good old fashioned croneyism.  In the book about the financial meltdown, “All the Devils are Here,” which was written last year by Bethany McClean and Joe Nocera, Fannie Mae is discussed at some length.

Having interviewed numerous informed sources, the authors explain that in the 1990s, Fannie ramped up its “cut them off at the knees” strategy against its political enemies.  The tactics employed in this strategy, according to Wikipedia, included massive lobbying efforts, neutering of the OFHEO (its 1992-created regulator), creating a “partnership office” network to court the politically powerful with pork, giving high level employment to the well connected, making large campaign contributions, and threatening those critical of the organization, like FM Watch, with retaliation.

In fact one of McLean’s and Nocera’s sources compared Fannie Mae to Tammany Hall, which, in case its been a few years since you took American History 101, was the poster child for graft and political corruption in the mid-19th century and into the 20th century, most infamously under the leadership of William M. “Boss” Tweed.  And you can go ahead and call me a cynic, but I just don’t see Boss Tweed changing his mind because of a petition being signed. 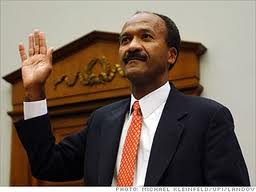 So, while I was meeting at the Capitol last Tuesday, I learned from one of the staffers that there was to be a conference call on Thursday of this past week with Fannie Mae and representatives from FACE, along with staffers from Rep. Herkes and Sen. Baker’s offices.

One staffer asked me what I thought should be asked of Fannie Mae and I suggested that they ask very directly what had driven their decision to only use the state’s judicial foreclosure process and not to participate in the non-judicial process’s new mediation program.

So, a contact I have at the Capitol said she would call me and let me know how the call went, but when she called me today… she told me that the call never went.  Apparently, Fannie Mae backed out at the last minute.

“Staff for state Sen. Roz Baker as well as staff for Rep. Bob Herkes, both co-introducers of the bill, were invited to join in the call. So were representatives from Hawaiian Community Assets and Catholic Charities. A Maui homeowner going through the foreclosure process would also be listening in.

But FACE policy director Kim Harmon said the presence of two reporters on the call — Civil Beat and Honolulu Star-Advertiser’s Andrew Gomes — was too much for the government controlled mortgage finance company.”

It seems that FACE received an email 45 minutes before the call was scheduled to take place, from a Vice President at Fannie Mae by the name of Terri Davis, who is Fannie’s VP for Single Family Business in Washington D.C.  The email message said that the fact that two reporters were to be on the call came as a surprise to the folks at Fannie Mae, and was cause for concern on their part.

Kim Harmon, being the consummate professional that she is, had sent Fannie a list of who would be on the call.  I understand the impulse, and maybe it was even the right thing to do, but it’s no way to ambush Fannie Mae people, and unless Fannie is ambushed, wrestled to the ground and hog-tied, they’re not talking to anyone who might repeat whatever they say.

Just after 10:00 AM, FACE notified everyone that was to be on the call that Fannie had cancelled it.

Civil Beat’s Robert Brown says he could not reach a representative of Fannie for an explanation.  His article quoted from an email sent by FACE’s Kim Harman explaining why Terri Davis at Fannie canceled the call, as follows:

Perfectly understandable.  How can we possibly expect Fannie Mae to be ready to talk to a homeowner?

It all sounds very complicated.  I thought we just wanted to know why Fannie was opposed to mediation.

What the heck are they talking about?  This answer is entirely non-responsive.  I clicked the link and I don’t get it.

Kim went on to say that she had received an update from our congressional delegation via Jun Yang (FACE organizer) who is in DC this week, and apparently Hawaii’s delegation was less than satisfied with Fannie’s responses and that “FNMA does not understand the foreclosure situation ‘on the ground’ in Hawaii.”

Yeah, well let me assure you that Fannie Mae understands just fine.  It’s just that they don’t care one way or the other… that’s the problem there.  They understand… they simply do not care.

Anyone feel like starting a pool on when Bank of America will announce that its following suit and going all judicial as well?  Because they’re the only organization I can think of that may just care even less than Fannie Mae.

P.S. I’ve had to extend my trip until next Tuesday in order to meet another assembly representative, but I’ll be back at my desk on Wednesday and will fill you in on more of what’s happening in Hawaii then.  Aloha! 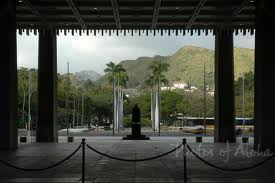