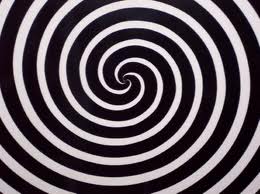 Okay, this is becoming positively surreal.  Yves Smith at Naked Capitalism calls it “Banker Derangement Syndrome,”  (actually, she calls it Banker Derangement “Sydrome,” but I’m pretty sure that’s just a typo), but whatever it is there’s no question that it’s absolutely some of the fruit loopiest sort of thinking I’ve ever seen.

The bankers… yes, the very same bankers who leveraged up on garbage CDOs as if housing prices would never ever go anywhere but up are now supposedly shocked and dismayed that mortgage lending volumes don’t seem to be “coming back,” and that EVEN with some of the lowest interest rates in years, the only thing that seems to be happening is refinancing.

Really, Scooby-Doo?  Why Velma and I can’t imagine why that would be.  Hurry, let’s get to the Mystery Machine and see what Shaggy knows. 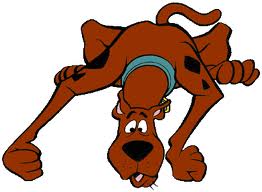 The article below comes from American Banker by way of Naked Capitalism, and I don’t usually write about what Yves Smith is writing about, at least not on the same day like this… partially because she’s smarter than me and I figure she’ll do a better job, but also becausde I just think it’s icky.  Today, however, I just couldn’t help it.

So, with mortgage lending activity now apparently not coming back… wait a minute… why would that be the case?  Could it be that the bankers have been the proximate and even SOLE CAUSE of this economic calamity the Obama administration continues to call a “recovery?”  Wells Fargo and BofA both say they’re laying off people?  Yeah, great… because they’re so darn over staffed in their loan modification departments, I suppose.

Listen people, I’ve said this before but there’s no real estate market.  We don’t have one.  It’s gone.  The bankers blew it up.  The only reason we didn’t sink straight through the floor two years ago was that Timmy, Benjamin and Sheila have all been blowing air into our economic tires to keep things looking like they’re running smoothly, but make no mistake about it… we’ve done run out of Fix-A-Flat, there’s not a service station for miles, and that giant railroad spike we ran over back in the summer of 2007 is sure-as-shootin’ going to bring our journey to an abrupt halt starting this summer. 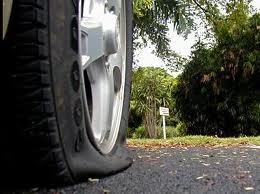 Hey banker-people… people aren’t buying homes because you broke the bond market… that’s right… no one buys your mortgage-backed… and I use that term very loosely… IN-securities anymore because of the bang-up job you did defrauding them only a few years back.  I don’t know when investors around the world will be ready to try them again, but my guess would be that they’ll give you another shot with RMBSs and the like, about the same time I’m ready to take a flyer on a dot-com IPO with no profits or customers who’s heralding the dawn of a “new economy.”

Are you feeling me here?

For the most part, all you’ve been doing is refinancing the same people annually since 2009, courtesy of theObama administration’s fabulous housing rescue program, and if you didn’t know that, then you really do need serious help.

Oh, I know… you also turned FHA into the “new sub-prime” and conned a few people into believing that “now was a good time to buy” over the last two years (it is fun to profit off of the misfortunes of others, isn’t it.), but trustee sales just aren’t what they used to be, now are they?  What fun is just another credit bid and then it’s Hi-Ho-Hi-Ho… it’s REO we go… (insert your own whistling here).

And as far as blaming the slowdown on the proposed onerous capital requirements of Basel III, or compliance with Dodd-Frank, or whatever else isn’t your fault… oh, I don’t know… let’s see… what would be appropriate here?  Oh wait, I’ve got it…  how about… SHUT UP, SHUT UP, SHUT UP.

No one’s buying houses because you made it impossible for anyone to even think about doing so.  People in this country are either so far underwater that they’re thinking more about walking away from their current mortgage than they are burying themselves in a new one, or they couldn’t qualify for a loan that requires an 850 FICO and 50% down.  You see the only people left in America that can qualify under those terms are… hmmm… let’s see… um… oh yeah… BANKERS!  And why do you suppose that would be?

Come on… let’s not always see the same hands… who can spell TAXPAYER BAILOUTS?  That’s T-A-X-P-A-Y… what in the Sam Hill are these people thinking… what planet are they living on?

But golly… interest rates are so low… and the stock market is so high… and everything’s just getting positively swell around here… banks are just fine… that little insignificant scare we had during the fall of ’08… don’t fret over that… that was mostly just Hank Paulson getting panicky.  We didn’t even need the TARP funds… that’s why we paid them back so fast, it had nothing to do with the restrictions on executive pay… and taxpayers made a profit… our books are right as rain…

FOR THE LOVE OF GOD, THE ONLY PEOPLE WHO BELIEVE ANY OF THAT DRIVEL AREN’T YET OLD ENOUGH TO READ… (or they could be a certain group of Republicans, I suppose, but I have no explanation for that.)

JPMorgan Chase is planning on opening 4500 branches in and around California?  You must be kidding.  Anyone care to bet on how many of those new branches end of being rented out to small businesses like dry cleaners or perhaps being replaced by a Taco Bell within 24 months of opening?

I do have one idea… it’s kind of out-there, I realize… what about… no, you’ll think it’s silly… well okay, I’ll say it anyway… promise you won’t laugh?  Well, you could consider modifying loans?  That might… just maybe… slow down the foreclosures that are sweeping the nation’s housing market right into the trash can.  And fewer foreclosures could tend to stop the free fall in housing prices, which would mean fewer people going further underwater, which in turn might cause someone to want to fix something in their house, and won’t Home Depot be happy about that.  And… well… why that could lead to… I don’t know what to call it… umm… prosperity?  See, I knew you’d laugh.

Banker-people… you are the ones who’ve made… and continue to make our collective bed, and now you’re surprised that you too are going to be laying in it?  Well, get used to it because it’s only just begun to suck around here.  You didn’t need the middle class, remember?  Let them eat cake?

Well, don’t ask for whom the bell now tolls… ’cause it tolls for thee.

A drop in mortgage lending volumes to the lowest level in over a decade is forcing lenders to consider new cost cuts and staff reductions. The lack of activity comes despite a boost from low interest rates that has sparked a wave of refinancings, and is prompting lenders to face the prospect that refis and home purchases may remain moribund for an extended period.

Mortgage origination volume fell 35% in the first quarter, to $325 billion, according to the Mortgage Bankers Association. For the entire year, the figure is expected top out at around $1 trillion and to remain at that level in 2012, the MBA predicts. That would be the lowest level of originations since 2000.

During past downturns, low interest rates helped pull mortgage lending out of the doldrums. This time around, however, lenders appear resigned to the notion that refinancings have run their course. With housing starts and permit issuances flat, there simply are not enough purchases of new and existing homes to offset declines in refinancings.

“If anyone is depending on the market to rescue them, I’m not sure that’s a sound strategy,” said Willie Newman, head of residential mortgage originations at the $4.6 billion-asset Cole Taylor Bank, a unit of Taylor Capital Group Inc. of Chicago.

Bankers are responding to the slump by reducing head counts, expanding into new markets and reducing costs.

JPMorgan Chase & Co. has avoided staff cuts and instead is focusing on opening 1,500 to 2,000 retail branches in the next five years, mostly in California and Florida.

More cuts and further consolidation appear likely in the coming quarters, as well as a reduction in the ranks of small and midsize lenders and brokers.

Lenders have long been bracing for a drop in mortgage volume, despite previous reprieves from falling interest rates, said Cameron Findlay, chief economist at LendingTree, a unit of Tree.com Inc….

Some lenders also say the largest banks are propping up their own margins and refusing to lower prices for borrowers because of capital restrictions that have been proposed as part of Basel III liquidity requirements.

This appears to have the mortgage industry in a Catch-22. Lenders need new borrowers to sop up the shadow inventory of foreclosed homes. They are scarce, however, because the traditional crop of “move-up” homebuyers is unable to sell existing homes…

Tightened underwriting guidelines have increased the risk that a loan will not make it all the way through the pipeline, further increasing costs….

Concerns about buybacks from the government-sponsored enterprises and indemnifications of Federal Housing Administration loans also have forced many lenders to adopt new technologies to catch compliance problems.

“Reviews from investors are very detailed and post-closing scrutiny is high,” Newman said. “Lenders have to be adept at learning quickly what the issues are with investors on the closing side, because there has been significantly more focus placed on closing documents relative to two years ago.”

With a P.S. by Yves Smith over at Naked Capitalism who writes…

The new found religion on documentation at the time of origination is encouraging, but it is hard to tell whether the banks have gotten religion or are simply responding to outside pressure. It sounds like the latter, which suggests the industry has not abandoned its posture doing everything it can get away with. And with that attitude well entrenched, investors and borrowers are right to continue to be leery. 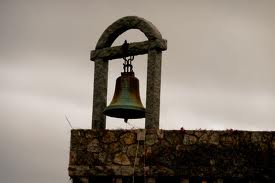