Dylan Ratigan on “Fraudclosure” Still Seems to be “Lite” on Servicers 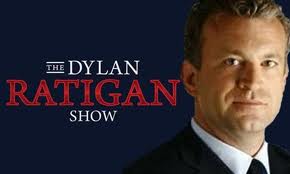 On television, Dylan Ratigan seems to be the leading source of news on the foreclosure crisis and in reality, the Fraudclosure crisis in its entirety. In the video clip from Dylan’s show below, you can see what a couple of industry insiders have to say about the servicing industry. (Hat tip to The Daily Bail for bringing it to my attention.)

And I can’t help but wonder why servicers aren’t┬Ābeing treated by the media as the abusive and despicable organizations that they unquestionably are. ┬ĀNot a week goes by that I don’t hear from homeowners who tell me about servicers who have berated them, lied to them, threatened them, and flat abused them for months upon months, only to find that they’re losing their home to a trustee sale about which they were never told. ┬ĀIt happens so often that it’s practically something that is to be expected.

I’m not kidding about this… every morning I wake up, get my coffee, turn on some cable news show, look over at my wife and say: “Look at that, honey… BofA didn’t blow up again today! ┬ĀWill wonders never cease?” ┬ĀAnd then I eat my bagel.

On the day I can’t say that, are you going to act surprised? ┬ĀNot me. ┬ĀOn that day, I think I’ll just sit down wherever I happen to be… and cry.