Paula Pennypacker is the founder Just for Redheads Beauty Products. She has also been a political activist for two decades.Ā  She hosted a political talk show on WSPD Radio in Toledo before moving to Arizona, and sheās run for office on several occasions, in Ohio and once she moved to Arizona with her husband in 1998.

Today, she writes a Republican conservative blog, of all things, on azcentral.com.Ā  Well, sheās found Mandelman Matters and joined the group of Americans who know the foreclosure crisis must be stopped.

Over the past so many weeks, she has written numerous posts about whatās been happening in the Arizona legislatureā¦ you rememberā¦ the disappearing Senate Bill 1259ā¦ and who could ever forget Rep. Carl Seel and his $100k principal reduction?Ā  Not me, certainly.

Well, Paula may be a self-proclaimed conservative Republican, but she also has a brainā¦ and a heart.Ā  And Iād encourage othersā¦ especially those that live in Arizonaā¦ to visit her blog and see what she has to say.Ā  Because, I think it was the last time she ran for public office that she lost to Michelle Reagan, the senator who allowed SB 1259 to disappear and the foreclosure crisis to go on for another year.

You never knowā¦ maybe we can get Paula to run again in the next election so Arizona will have someone in the legislature whoās committed to doing whatās best for the state, and not for the banking lobby.Ā  I readily admit that I do not know everything about Paula Pennypackerās politicsā¦ but I donāt need to know everythingā¦ I know enough.

And what follows is my reply to her blog post, after she sent me this email:

I decided to follow your advice as a resident who isĀ NOT facing foreclosure to advocate for principal reductions for those in desperate need of a loan mod like Rep Seel got.Ā  Paula 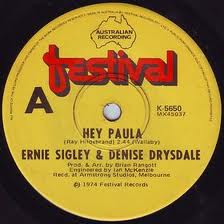 Well, I just have to say that you make me both proud and hopeful, as did the people of Hawaii a few weeks ago. Ā After 2 1/2 years, youāre here… someone who has come to realize that WE have to stop the foreclosure crisis, because if WE don’t, WE are headed over the falls too. Ā All of us… and I do mean every last one of us. Ā Consider the following:

Unfortunately, I could go on and on… and on my blog where I’ve written hundreds of articles, I already have. Ā Next, let’s understand the LIE we were all told when they said it was “irresponsible sub-prime borrowers” that caused the crisis.

Stan Leibowitz is a professor of economics who is the director of the Center for the Analysis of Property Rights and Innovation at the management school at the University of Texas, Dallas. Ā He conducted the authoritative study on the housing crisis analyzing a database of 34 million mortgages. Ā Here’s are his own words from his published study:

“ā¦ the focus on sub-primes ignores the widely available industry facts (reported by the Mortgage Bankers Association) that 51% of all foreclosed homes had prime loans, not sub-prime, and that the foreclosure rate for prime loans grew by 488% compared to a growth rate of 200% for sub-prime foreclosures. (These percentages are based on the period since the steep ascent in foreclosures began — the third quarter of 2006 — during which more than 4.3 million homes went into foreclosure.)

“Sharing the blame in the popular imagination are other loans where lenders were largely at fault — such as “liar loans,” where lenders never attempted to validate a borrower’s income or assets.”

The simple fact is that irresponsible borrowers had nothing to do with causing this crisis, for one thing there just could never be enough of them. Ā Wall Street’s bankers caused this crisis… they were the “irresponsible borrowers” who gorged themselves on CDOs and CDSs, and then leveraged themselves… meaning they borrowed against their assets just like taking out a second mortgage… by 40:1 and HIGHER. 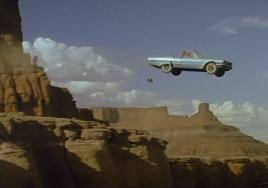 Did some people take loans they shouldn’t have… it’s a silly question… because it depends on what happened next. Ā If someone took out an adjustable rate loan assuming they could refinance in the future if rates started going up, that was not an unreasonable assumption because it has always been true in tis country. Ā No one saw The Great Depression Part 2 around the corner.

And besides, the worst of the loans have long since gone the way of foreclosure… the people losing homes today are losing them not because they borrowed too much, but because of the free fall that’s taken place ever since. Ā The banking P.R. machine, however, wants us blaming each other… looking in each other’s garages to see if a neighbor has a jet ski… instead of looking at what we’re all about to see courtesy of the federal government’s investigations, the AGs, and numerous lawsuits… or, in other words… AT THEM.

AND EVEN IF YOU OVERLOOK THAT AND MORE… We can’t afford this anymore.

I am NOT at risk of losing my home anytime soon… But I never say never… who knows what would happen to me… or you… or anyone, for that matter… in 2-3 years if things are allowed to continue to fall. Ā Our home once appraised for $925,000… we’ve owned it for 20 years, bought it for $340,000. Ā A few months ago, a home eight doors down on the same side of the street sold for $360,000… it was the first home to sell on our block in two years, and it was an REO, the only one on our block.

So, what happens in two more years of this… with no equity… if I get sick or injured? Ā What if things get worse economically? Ā I don’t know, but I certainly won’t be able to sell it, so foreclosure could conceivably be my only option. Ā That applies to almost anyone… don’t kid yourself… and if it doesn’t apply to you… big deal… you’ll be all alone on your block. 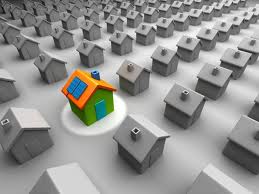 So, we need to stop blaming each other for decisions made during a bubble created by Wall Street, during a credit crisis and economic meltdown created by Wall Street… and we need to start placing the blame where it’s deserved… on Wall Street. Ā We need to demand that our government DO SOMETHING to stop the free fall in housing prices and that means stopping the flood of foreclosures that’s been allowed to continue unabated for 4.5 YEARS. Ā ENOUGH IS ENOUGH!

The ship is sinking right in front of our eyes and some of you seem more interested in blaming your neighbors than getting to the lifeboats and fast. Ā And you, me and everyone else is going to go down fast and far, years after year… while we fight over whether someone should have bought their home in 2005. Ā Democrat… Republican… Conservative… Liberal… WHO CARES.

I’ve personally lost more than a million in equity, and at 50 years old next week… I can’t afford to lose any more. Ā It the people can’t come together soon, there will be people like me that just start walking away. Ā And then there’ll be no stopping anything.

Stop buying the banker’s BULL… you see what the bankers are really like, don’t you people of Arizona? Ā They’ve corrupted your legislature… I’m the guy that broke the story about SB 1259 and Rep. Seel… ME… I’m the guy. Ā The banking lobby has so destroyed your democracy that a bill that passed the senate 28-2 was made to disappear once weekend without a word to anyone.

Then a second attempt to get an amendment passed ended up with Rep. Seel accepting a bribe… or, rather a principal reduction, and your state’s Mortgage Lenders Association bragged that they accomplished both of these feats… they bragged that they were responsible for the blatant corruption of your own legislature.

What will you do about that? Ā If you would do nothing, allow me to remind you of a famous poem:

First they came for the communistsĀ ,

And I didn’t speak out because I wasn’t a communist.

Then they came for the trade unionists,

And I didn’t speak out because I wasn’t a trade unionist.

Then they came for the Jews,

And I didn’t speak out because I wasn’t a Jew.

Then they came for me.

And there was no one left to speak out for me.

LAST POINT: Ā For those that believe that you are helpless against the awesome power of the banking lobby and corrupt politicians… this is from my article just a few weeks ago:

it was only last November when a group of homeowners in Hawaii, with the support ofĀ Faith Action for Community Assets (āFACEā), whose members are predominately churches of various denomination and non-profit community groups, embarked on a grass roots effort to bring meaningful change to the process homeowners were being forced to endure when faced with the prospect of losing their homes toĀ foreclosure.

Their dialog about the foreclosure crisis began when several ministers began talking openly about there beingĀ no dignity for the families trying to save their homes from foreclosure by banks. 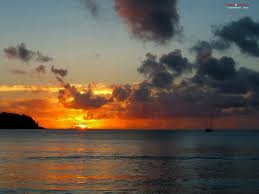 With the next legislative session scheduled to begin in January of 2011, key members of the team, wasted no time finding out as much as possible about the foreclosure process, in order to begin drafting a proposed bill that would be strong enough to be effective.

I’m quite proud to be able to say that members of the group in Hawaii read my articles throughout the process, and used them with others… and the bill passed. Ā They beat the banking lobby… 49-2 and 28-2 in the House and Senate respectively.

Want to know what helped push it over the edge… and I didn’t know this until after it had happened… YOUR CORRUPTION HELPED HAWAII PASS THE BILL because I wrote about what was going on in Arizona and they saw it and, horrified… met with others in the legislature and said they must not let that type of corruption visit their islands.

And when the banking lobbyists showed up two weeks before the vote thinking that they would kill the bill like they did here, people didn’t want to see them… because of what they had just done in Arizona!

PEOPLE OF ARIZONAā¦ THIS CRISIS COULDN’T BE MORE IN YOUR FACE.

THE PEOPLE OF HAWAII DID IT… CAN’T YOU EVEN TRY? Ā NOT ONLY CAN YOU TRY, YOU CAN WIN.Ā  JUST SAY THE WORD AND I’M ON MY WAY TO PHOENIX.