Over There… Over There… Send The Word, We’ll Foreclose, While You’re There 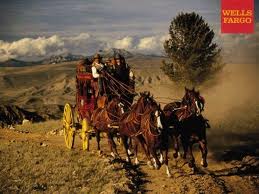 Wells Fargo Bank, with their all-American stagecoach logo, has just been accused of violating the Servicemember Civil Relief Act, a federal law that requires members of the armed forces on active duty to be told about civil actions like foreclosure, and allows them to delay the process until they return home to defend themselves against the action… assuming they make it home, of course.

That doesn’t seem too difficult a law to follow, does it?  I mean, there couldn’t be that many active duty military personnel in any one state… that are over seas at any one time… that all have the same mortgage servicer… and are all in foreclosure at the same time, right?  How many could there be in a single state? A few thousand would seem like a lot, right?

Hard to believe there could even be that many, maybe more like a couple hundred would be at the high end of your guess, wouldn’t you think?  The kind of number that by my way of thinking you could keep track of with an index card system, to say nothing of some souped-up-servicer supercomputer.

So, what exactly is the problem here, banker-people?  Don’t you have enough homeowners under consideration for a loan modification that you can foreclose on without notice that aren’t active duty military?  No one, save a handful of foreclosure defense attorneys and bloggers, would even care if you did it to regular folk… you can deceive and defraud them all you want… just leave our men and women on active duty military alone, okay? 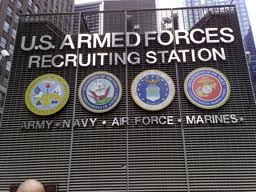 You’re welcome to do it to veterans, for example… they’re not active duty anymore, so what have they done for us lately?  Nothing.  You can do it to police officers, teachers, firefighters, nurses, single moms who work three jobs and have three kids… you can do it to senior citizens with disabilities, for heaven’s sake… we do not care.  But active duty Army, Navy, Air Force, Marines and Coast Guard… they’re all off-limits, what’s so hard to remember about that?

After all, it was only a few weeks ago… actually, according to Bloomberg it was May 6, 2011…  that JPMorgan Chase, admitting it mishandled mortgages of U.S. service members, paid $56 million to settle the claims.

Isn’t a $56 million settlement paid a couple of weeks ago by one of your brethren enough to get you guys at Wells Fargo to at least make a note not to repeat the same mistake?  I only ask because my wife got a parking ticket last week for parking on the wrong side of the street on Wednesdays and the fine was $45 and that was enough to get me to remember not to park there next time.  Is $56 million to you guys not even the equivalent of $45 to me… is that the problem? 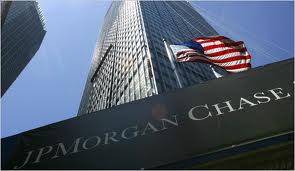 The settlement provides $27 million in cash which will be split among to 6,000 military personnel involved, and JPMorgan Chase has agreed to return the houses they stole, even if they have to pay fair market value to buy them back from purchasers in cases where the homes were already sold at auction.  The bank will also forgive any remaining mortgage debt of the military borrowers who were supposed to be protected under the law… but weren’t… and the bank will reduce the interest rate on all mortgages held by deployed troops to 4 percent for one year.

Regardless, according to ABC Action News, Coast Guardsman Keith Johnson, who had been overseas fighting one of our wars, had just returned home and was greeted by his wife… oh, and also the news that Wells Fargo Bank had foreclosed on, and sold, his home while he was away.

His wife had no idea the bank was working hard behind the scenes to sell their home because they were in the middle of applying for a loan modification.  And he had no idea what the bank was planning because… well, because he had been overseas fighting for his country.

Since Keith and his wife had no knowledge of what was happening, no defenses to the foreclosure were filed on their behalf, and Wells Fargo obtained a summary judgment and then auctioned off the Johnson’s home.  Must be because Tampa needed another foreclosed home to go back to the bank and then sit vacant for many months or even years.

According to the ABC Action News story…

“Attorney John Odom is a nationally known expert on the act, and says it also protects soldiers against default judgments because, ” Active duty personnel are not free to come and go as they might need to defend themselves,” Odom tells us.

Well, now you see I hadn’t really thought about it until now, but I suppose that’s true.  The folks on active duty military are not free to come and go as they might need to defend themselves.  Do you see the thinking behind the Servicemember Civil Relief Act now Wells Fargo Bank people?  I’ll bet you can find out even more about the law on Wikipedia, if you think that might help you to remember to stop breaking it.

Wells Fargo takes our responsibility to comply with the Servicemembers Civil Relief Act (SCRA) very seriously. We work hard to make banking easier for our servicemen and servicewomen — around the world. For example, we have 11 military base locations across the country, allowing our military customers to have convenient access to banking services, including dedicated a website and phone lines.

We did everything we could in this case but there were obligations the homeowner was unable to meet. We followed the service member act by requesting an attorney ad litem, and we were acting on the validity of the court document filed by his court-appointed attorney.

Wells Fargo exhausted all efforts to resolve this matter. We made numerous attempts to resolve the case and facilitate a modification, short sale, refinance or payoff. We do our best to avoid foreclosure whenever possible, however, in some case we are unable to reach a mutually agreeable resolution.

Vickee, Vickee, Vickee… my darling Vickee… I just don’t get the sense that you are embracing the spirit of the law here, because if you were you would know that the entire country knows that Wells Fargo Bank screwed up bad… you violated federal law… you stole someone’s home, and not just anyone’s home, but the home of someone who has been overseas fighting for his country. And when that sort of thing happens, you don’t start blathering on about how you make banking easier with 11 branches on military bases from coast-coast that allow customers to essentially have convenient access to “Almost Free Checking,” and a dedicated Website.

Can you see why yours is an inappropriate response under the circumstances, Vickee dearest?  And by the way, you most certainly didn’t do everything you could have to avoid foreclosure in this case, because if you had done EVERYTHING you could have done, you wouldn’t have ended up being in violation of federal law and you wouldn’t have ended up lying to the Johnsons and then stealing their home, can you see the logic there, Vickee?

Because you see, Vickee, my darling, when one does in fact do EVERYTHING one can do… by definition… one doesn’t end up breaking federal laws.  If one does discover that one is breaking federal laws, then I think it’s safe to say… and I hate to speak in absolutes here, but… I do think it’s safe to say that you’ve come up short as far as having done EVERYTHING you could do. 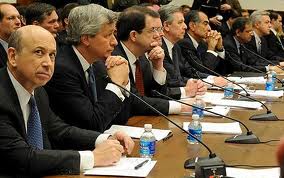 And, Vickee… you guys at Well Fargo… or any of your too-big-to-jail compadres, for that matter… this case really has proven that you don’t “do you best to avoid foreclosure whenever possible,” now do you?  Because this was not a case of you doing your best and not being able to reach a mutually agreeable resolution, as you claim in your boiler plate statement.

This was a case of you simply not communicating with the homeowner, except to tell them they were under consideration for a loan modification… until you turned around and sold their house without telling them of your plans.  And you’re Vice President of Mortgage Communications, Vickee, so it’s ironic that I should have to be tell you this.

According to attorney Odom:

“He (Johnson) is never contacted by anyone about the foreclosure procedures being filed. And he comes home and he has no home. Now that’s wrong. Somebody didn’t do their job, because the law says that shouldn’t not have happened.”

Florida foreclosure defense attorney Matt Weidner is representing the Johnsons, and so I called Matt this afternoon to ask him what was happening.  Incredibly, Matt told me that Wells Fargo is pushing back hard. 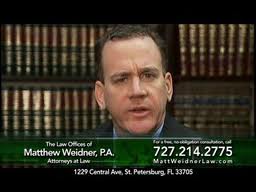 Wells Fargo is saying that they followed the law by requesting an “attorney ad litem.”  The Latin phrase “ad litem” means “for the suit,” and an attorney ad litem is a lawyer generally appointed for an incapacitated person.  Matt’s view… and mine too, by the way… is that Wells Fargo could and should have notified the Johnsons.

Me being the “Lay-person Ad Litem,” I asked Matt if the Johnsons have a telephone, and he assured me that they do.  So, there’s one way Wells could have gotten in touch with them if they were really interested in preventing foreclosures or in not selling the home of one our soldiers out from under him.

“They (Wells Fargo) say they couldn’t locate Keith Johnson to notify him, but one thing that our military does exceptionally well is locate their soldiers… they know where their soldiers are at all times.  For Wells to claim that they were unable to locate Mr. Johnson is just not a credible statement,” Matt said.

Matt also says has filed pleadings with the court including a motion to vacate, saying: “Foreclosure sales without notice are wrong and I expect the judge to agree with that.”

Matt Weidner said that he and his fellow foreclosure defense attorneys in Florida are committed to making sure that no service member faces foreclosure without an experienced foreclosure defense attorney to represent them.  Florida has a well developed network of highly skilled attorneys who work together and are dedicated to protecting the rights of all homeowners, but he says that protecting those that are overseas serving in our military today must remain a top priority.

Let me guess banker-people… if Wells Fargo is found to be in violation of the federal law that protects our servicemen and servicewomen, you’re going to claim it to be yet another “isolated incident?”  You know like the robo-signing that was an isolated incident, or the inability to produce documentation that shows you as the trustee actually won the note on which you are trying to foreclose in the Ibanez decision… was an isolated incident? 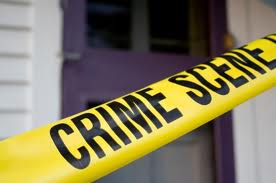 I don’t know about everyone else, but it strikes me as funny that the biggest difference between The Great Depression and today’s depression, is that during the 1930s, people robbed banks.  Today, banks rob people.