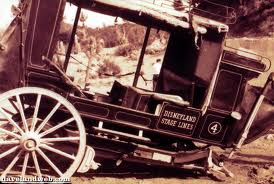 Remember the San Diego homeowner, Ademar Marques, who was applying for a loan modification with his servicer (Wells Fargo, dba, America’s Servicing Company, which for the purposes of this article, we will refer to as “the Hampster”) who wasn’t cooperating at all.  Wells Fargo wanted to just skip all of those messy and time-consuming formalities required when considering someone for a loan modification, and just jump straight to foreclosure.

So, Mr. Marques filed a lawsuit against Wells Fargo’s Hampster because he had read about the Home Affordable Modification Program (“HAMP”) and the program’s guidelines said that his servicer was “REQUIRED” to screen him for a hardship, and consider him for a loan modification.  He also alleged that he qualified for the loan modification program based on all of the published guidelines, and that his servicer, a participating servicer in HAMP never said that his loan could not be modified, they just refused to modify it, and instituted foreclosure proceedings.

He sued based on breach of contract, alleged that Wells Fargo’s Hampster violated the Unfair Competition Law (Cal. Bus. & Prof Code § 17200 et seq. (“UCL”) and he sought damages and declaratory judgment that would stop Wells from foreclosing on the Property.

Here’s the part you might recall: (I wrote about it at the time, in case you need a refresher.)

Marques claimed that he could sue Wells Fargo for breach of contract, referring to the contract between the federal government and the HAMP participating servicers, because he argued that he… and in fact all eligible homeowners in this country, are “intended third party beneficiaries” to that contract.

Intended third party beneficiaries, now is it coming back to you?  The judge, was the Honorable M. James Lorenz, and he had quite a bit to say.

He started with establishing that Federal law controls the interpretation of a contract entered into pursuant to federal law and to which the United States is a party.  So, if it says in the contract that the servicer “MUST” do something, and that servicer doesn’t do it… you the borrower may be able to sue the servicer for breaching that contract… if you’re the intended third party beneficiary to that contract.

The bottom-line in the decision of last year was that Mr. Marques WAS to be considered a third party beneficiary of the HAMP contract between Fannie Mae and the servicers, so he would be permitted to sue for breach.  Everyone was really excited at the prospects for justice in this insane world of HAMP, Hampsters, and loan modifications, until… 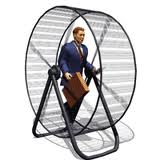 January 3, 2011… The Hampster Strikes Back… A day that shall live in infamy… Judge Lorenz rules against Mr. Marques and says he is not an “intended third party beneficiary.”  Flags flew at half-mast in the hearts of homeowners in California and across the nation. I was just pissed… I hate it when Hampsters win.

Judge Lorenz ruled that Mr. Marques, and another plaintiff named Sampson, are “incidental” beneficiaries,” causing me to ponder just exactly how many types of beneficiaries might exist in the law that started with the letter ‘i’.

Judge Lorenz said that “although the overall HAMP program undoubtedly has a goal of assisting homeowners, the HAMP agreement does not express any intent to grant borrowers a right to enforce the HAMP contract between the government and the Hampster… I mean, loan servicer… the judge didn’t know to use the word, “Hampster.”  (He will now.)

So, Lorenz granted Wells Fargo’s motion to dismiss, also saying that the plaintiff might have various state law tort claims, and then wrapping up by saying that the court had no opinion as to their viability, followed by a sentence saying that the plaintiff was free to file an amended complaint within 20 days.  The whole thing was making me dizzy by that time, and I felt like I was watching a Hampster running in one of those little wheels, so I stopped writing about it.

Below is the judge’s decision in the second at bat for Mr. Marques… we can call it “The Hampster Wins.”

Okay, so Mr. Marques is nothing if not persistent, apparently, and God bless him for that, because this time out… his third time at bat… he hits one out of the park!

This time Mr. Marques sued for:

Apparently, the court had earlier held that the plaintiff was entitled to sue as an intended third-party beneficiary of the agreement between Wells and Fannie, but that in order to do so, he had to amend his complaint and allege more facts.  So, Marques went straight out in search of said facts and amended his complaint. 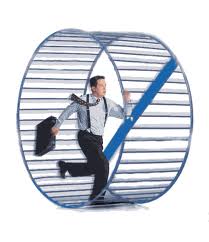 The Hampster, of course, leapt into action and moved to dismiss the amended complaint, arguing that its factual allegations were still not good enough.  In a way, they sort of called him an “insufficient” beneficiary, I suppose. (I crack myself up sometimes.)

The Hampster clearly knew that he was fighting for his life.  First he filed a motion to dismiss for failure to state a claim upon which relief can be granted.  Then, the Hampster tried to say that the first amended complaint failed to correct the pleading defects.  Judge Lorenz said, “Sorry, not this time,” well, actually I’m kind of paraphrasing.

After that he argued that Plaintiff did not sufficiently allege breach of the HAMP Agreement because he did not allege that the Hampster had obtained the necessary consents and waivers to modify the loan.  To which I would have replied… “Huh?”

But, Judge Lorenz said that even if the two claims were inconsistent with each other, as Marques was claiming, it wasn’t fatal to the complaint, because “Federal Rules of Civil Procedure allow for pleading of inconsistent claims., and thank the good Lord for that.”

So, the Hampster tried to pull a fast one and slipped in for the first time in its reply brief, the argument that the loan modification agreement was “unenforceable pursuant to the statute of frauds.”  But Judge Lorenz said… oh, no you don’t Hampster… “this issue was not briefed in your moving papers and Mr. Marques therefore did not have an opportunity to respond.”

The Hampster tried to play it off as if he did not know that new issues should not be raised for the first time in a reply brief.  And isn’t that just like a Hampster? 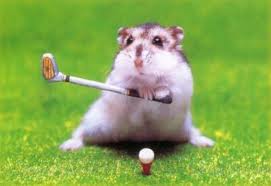 But, this time the court was not feeling very Hampster-friendly and Judge Lorenz came through.  He disagreed with everything the Hampster said and ultimately denied the Hampster’s motion to dismiss.

Congratulations Mr. Marques!  You deserve a standing ovation from homeowners everywhere.  You stuck with it, didn’t give up and I’m guessing that now, with the Hampster’s motion to dismiss solidly rejected, you will get your day in court as your case will proceed to trial?

That’s what it seems like to me anyway… is there a lawyer in the house?  I know you’re there, I can sense it.  Here’s the case, let me know if I missed anything:

And homeowners… stay tuned to Mandelman Matters for continued coverage of…

There’s sure to be lots more to come…

And I’ll try to go to the trial and sit in the back.  I’ll even get a lawyer to go with me who speaks fluent Hampster so I can follow along and let you know what happens.