Remember Arizona’s SB 1259?  It seems like only yesterday that we were watching it disappear on its way to Arizona’s House of Representatives after passing the senate by 28-2.

Come on, you remember… it’s the one that homeowner advocate Darrell Blomberg then tried to replace by drafting an amendment that Rep. Carl Seel was committed to proposing until a couple of days before the big day when he became a man of principle… and what I mean by that is that Ocwen granted him a principle reduction of… oh, I don’t know $100,000 give or take would put us in the neighborhood.

Okay, so that’s old news in Arizona by now, but I’m sure the lingering question was how did all of this flagrantly corrupt crap, in my opinion, happen in the first place. 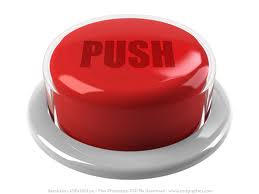 Well, we know the driving force behind the terrorist attack on SB 1259 was Rep. Nancy McClain, in conjunction with Sen. Michelle Reagan, of course, without whom it would not have been possible.  But, was it Nancy’s idea, as she claimed, or was there someone else in the background pushing Nancy’s buttons?

Care to venture a guess?

One more thing, by way of background… When Rep. Seel, Rep. McClain and Sen. Reagan were all asked by various parties why they were killing bills that already passed the senate 28-2 in the middle of night or over the weekend, or failing to show up to propose other like amendments as you agreed… EVERYONE said the same thing…

It would have failed in the House of Representatives any way… no way it would have passed… a complete waste of time… why even bring it up?  The universal consensus was that SB 1259, or the Blomberg Amendment that never was, named for its author, would unquestionably be stillborn in the House, that much was certain.

Okay… did you guess?  The answer is: YES.  As it turns out, there was a button pusher pushing Nancy’s buttons after all.

CUT TO: A Meeting of the Arizona Mortgage Bankers Association (“AMLA”), this past Tuesday evening, and one Mr. Don Hagen, Vice President of Advocacy for the organization is speaking to attendees.

As I understand it from an unnamed source that was present at the meeting, he goes on to explain with some pride in his voice that he, along with AMLA’s legislative committee were successful in killing SB 1259 and the amendment.  Thanks to him, you guys in Arizona sure dodged a bullet there I’d have to say.

According to my source, who I would say is extremely reliable, Hagan said something very close to:

“We knew we had to react… it was a very bad bill with unintended consequences.”

(Note to Don: Actually, I think many people were looking at those as “INTENDED CONSEQUENCES.  And when you say “very bad,” would that be for you and your banker pals, Don?  Because it sure would have saved, I’d have to think, tens of thousands of Arizona’s homeowners at risk of foreclosure.)

Hagen went on to explain that he had lobbied “the individual that issued the strike everything amendment, which I would say would have to be Rep Nancy McClain, but I suppose it could also have something to do with Sen. Reagan.  And he told her such things as… and I’m paraphrasing here:

If you pass this bill you’ll have someone coming back three years later and making a claim that they didn’t have a right to foreclose and throw a poor homeowner out of their home.

So, how about some truth… he’s almost right, except that it would have done nothing of the kind.

Arizona law clearly provides that any action to challenge a trustee’s sale may not be taken after the fact. Notably, A.R.S. § 33- 811 provides in pertinent part:

(B) . . .The trustee’s deed shall raise the presumption of compliance with the requirements of the deed of trust and this chapter relating to the exercise of power of sale and the sale of the trust property, including recording, mailing, publishing and posting of notice of sale and the conduct of the sale. A trustee’s deed shall constitute conclusive evidence of the meeting of those requirements in favor of purchasers or encumbrances for value and without actual notice. Knowledge of the trustee shall not be imputed to the beneficiary.

(C) The trustor, its successors or assigns, and all persons to whom the trustee mails a notice of sale under a trust deed pursuant to section 33-809 shall waive all defenses and objections to the sale not raised in an action that results in the issuance of a court order granting relief pursuant to rule 65, Arizona Rules of Civil Procedure, entered before 5:00 p.m. mountain standard time on the last business day before the scheduled date of the sale. A copy of the order, the application for the order and the complaint shall be delivered to the trustee within twenty-four hours after entering the order.

My expert in Arizona explained it this way:

“As is abundantly clear, Arizona law does not allow a trustor to challenge the notice of a non-judicial trustee sale after the fact. Moreover, upon issuance of the trustee’s deed, a clear presumption and waiver of defenses related to notice and other deficiencies is provided.”

What does it mean?  Well… to me it means that Don Hagan of the AMLA is a traitor to the people of Arizona.  Because he and his pals went after and killed the only legislation proposed this year with the potential to save thousands of Arizona’s homeowners from foreclosure.  And they did it because they were told it was good for them… and to hell with everyone else. 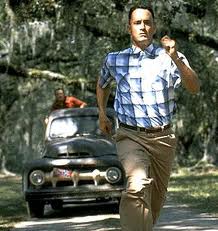 So, he took his fabrication to Ms. Nancy McClain and must have scared her half to death because she made the damn bill vanish into thin area over a weekend.  And that’s strange because she was one of those that said the reason she was killing it was that it wasn’t going to pass anyway… no chance, no how, no way.

Nancy is running for reelection, in case you’re interested, and here’s what it says right on the Home Page of her website, third paragraph, about what she’ll do if re-elected to serve a 5th term, I believe:

“My particular focus will be on revitalizing Arizona’s economic climate.”

(NOTE TO READERS: I just want to be very clear about something right here and now.  I do NOT need charity like that line being the first one of paragraph three on her website.  Didn’t ask for it.  Don’t need it.  If it wasn’t there for real, I still could have been funny somehow without it.  Geeze… she does my job for me… hardly makes it any fun when she does that.)

Okay, so that’s about all for now.  One more Arizona mystery solved.  I think I’ll start referring to this affair as, “The Case of the Disappearing Bill.” And the one about Ocwen’s principle reduction… well, why don’t we call that one, “The Case of the Corporate Seel.”

(I crack myself up sometimes.)

I figured that you might appreciate it if I left you will a little reading material… you know… until my next column, which I noticed a whole bunch of you in Arizona are reading everyday now… and I do appreciate it.

See below… it’s titled “2011 Legislative and Regulatory Priorities,” and it’s published by your friends at the AMLA.  Or, if you prefer:

“From the nice folks who brought you the foreclosure crisis.”