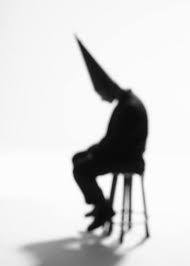 of Our NationŌĆÖs Only Consumer Advocate

The conduct of Representative McHenry, the Deputy Republican ŌĆ£WhipŌĆØ in the 112th Congress, at the hearings of the House Financial Services SubŌĆÉCommittee on Government Oversight and Reform on Wednesday, May 25, 2011 was and is a complete and utter embarrassment to all of his constituents in the 10th Congressional District and quite frankly to me as a national advocate for consumer rights. His behavior was simply ŌĆ£shamefulŌĆØ to be kind about it. McHenryŌĆÖs harsh statements to Professor Elizabeth Warren, including calling her an outŌĆÉright ŌĆ£Liar,ŌĆØ were simply beyond the pale.

The late Senator Sam Ervin would come right out of his grave and scold this ŌĆ£little boyŌĆØ if he could. Senator Sam was as tough as nails on the big banks and the financial elite but was always a gentleman. In fact, the Members of the House are traditionally introduced on the House floor as the Gentleman or the Gentlewoman from wherever. Well, our boy Pat has ended that tradition. I suppose you could say it is the end of the line for PatŌĆÖs soŌĆÉcalled ŌĆ£family valuesŌĆØ plan as I for one would not want him in any part of my family.

Of course, I might be giving poor old ŌĆ£PatŌĆØ the ŌĆ£conservative bull dogŌĆØ too much credit about his knowledge of the Rules of Decorum and Ethics for the Honorable Members of our House of Representatives. I mean after all he either dropped out or flunked out of Belmont Abbey without a degree and to the best of my knowledge never sold a single home during his shortŌĆÉlived real estate career. In fact, I believe the only money Representative Pat has ever made consists of the bigŌĆÉtime campaign contributions from all of his bankingŌĆÉ buddies. 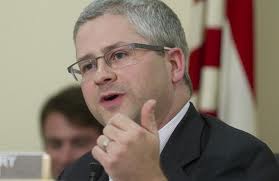 I guess that is why old Patrick voted in favor of the $700 billion dollar banksterŌĆÉbailout bill during the Bush Administration. I mean what are friends for, right?

The sad truth of the matter is that we are, and have been, and will remain engaged in class warfare. If you look back to the first Nixon term and then come up to the present I think you will find that all of the policies, laws, regulations and deŌĆÉregulations, as well as the “reforms” ŌĆÉŌĆÉ like bankruptcy “reform”, welfare “reform” and class action “fairness” ŌĆÉŌĆÉ are much better explained by asking, “what would be best for the top 1/10th of 1% of the wealthy?” rather than asking any ideological or policy questions, such as the┬Āsilly myths about the Republicans having agendas of any material difference to consumers/homeowners/wageŌĆÉearners/borrowers.

The Republicans, God Bless them, have screwed the average working man and woman in this country for the past 50 years while looking them dead in the eyes without even one blink! 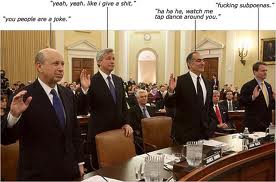 What is especially galling is that the Big Banksters and the financial elite have sold the public all of this crap so well. We now routinely see people absolutely convinced that public service employees are at fault for causing huge state budget deficits because of their unsustainable retirement and health benefits.I donŌĆÖt know about you but I sorta like the idea of our State Troopers and SBI Agents and Prison Guards receiving these benefits. I mean these people are out there on the front lines covering our respective asses every day of the year. So, a little extra here and there for a little medicine and for life support after suffering a nearŌĆÉfatal criminal attack does not seem like a bridge too far, does it?

Yet, no one seems to ask anymore why American workers in private employment donŌĆÖt get any similar retirement and health benefits anymore ŌĆÉŌĆÉ itŌĆÖs just accepted as faith that you can’t do that because it would make American business uncompetitive. And, so the attack on our President for ŌĆ£Obama CareŌĆØ even though his plan is virtually identical to the state health care plan of the Republican Pretty Boy from Massachusetts, little ŌĆ£MittŌĆØ Romney and his soŌĆÉcalled ŌĆ£RomneyŌĆÉCare.ŌĆØ And, of course, never mind the actual evidence from the rest of the world (see Germany’s retiree benefits and Scandinavia’s share of new enterprises in the global economy) about how such benefits enhance the economy for all economic groups.

It wasn’t that long ago when it wasn’t so here in the United States of America. I can remember my fatherŌĆÉinŌĆÉlawŌĆÖs pride at finally being able to take his wife to the dentist because his union managed to get the added benefit. And, by the way, he still has lifetime healthcare from his former employer fully paid even though he only worked for them for about 15 years and at a very low position to tell you the truth.

And now we have Brother Patrick McHenry attacking in an outrageous fashion the one and only person in America who is trying to stand up for consumers and to protect us from the Banksters who singleŌĆÉhandedly brought about the biggest financial train wreck since the Great Depression (and hang on because it ainŌĆÖt over yet!). 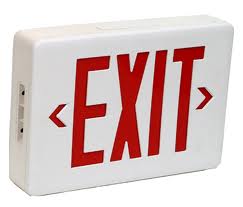 Patrick, you are a complete disgrace and a total embarrassment to all of us.

So, why donŌĆÖt you just resign today and go back to the Abbey and give it your best shot for that heretofore elusive college degree? IŌĆÖll tell you whatŌĆöif you get that degree and show me the ŌĆ£sheepskinŌĆØ then I will show you the PresidentŌĆÖs birth certificate. Deal or No Deal?

And, as Senator Sam used to say, ŌĆ£Call your next case!ŌĆØ