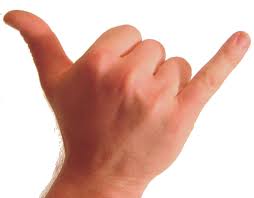 It‚Äôs official!¬Ý Just a couple of hours ago, the Great State of Hawaii‚Äôs legislature has passed the nation‚Äôs toughest foreclosure prevention bill, SB 651.¬Ý The bill proved to have overwhelming support, with the senate voting to pass the bill, 23 to 2, and in the House the vote was 49 to 2.

I think we can safely file the outcome under ‚ÄúDRUBBING,‚Äù or ‚ÄúSHELLACKING,‚Äù and for those in the media trying to come up with appropriate headlines to describe what happened, might I suggest:

The Total Massacre of the Banking Lobby

You Want to Foreclose Here, You‚Äôll Have to Do It Hawaiian Style

The Rev. Bob Nakata was on hand for the votes and had promised to call me the moment it was over, which he did.¬Ý He said that both legislative chairs made strong statements, with Rep. Bob Herkes, quoting from an email he received from a Maui homeowner‚Ä¶ and Mandelman Matters reader, by the way‚Ä¶ who referred to what has been happening as a ‚ÄúRING OF FRAUD‚Äù.

He also said that the banking industry lobbyists were nowhere in sight.

Sen. Roz Baker‚Äôs statement thanked all of the people who had helped in the process of getting the bill to and through the legislative process.¬Ý I spoke with her following the vote and asked her when the Governor is expected to sign the bill into law, and she explained the process:

‚ÄúAs soon as we (the senate) receive it from the House, we will be enrolling it to the governor, and my plan is to then contact him and request that he sign it as quickly as possible.‚Äù

Sen. Baker says that in the process of bringing the bill to the legislature, they worked very closely with the Dept. of Commerce and Consumer Affairs, and it‚Äôs also already been vetted by the judiciary and members of the governor‚Äôs staff‚Ä¶ so, she sees no reason for a prolonged delay in making it law.

Apparently, Hawaii had two non-judicial foreclosure processes on its books, Part 1, which was originally enacted in the 1800s, offered absolutely no consumer protections.¬Ý And Part 2, which was passed in 1998, included a provision added in conference that required the borrower to sign off on the deed of trust.

The moratorium was placed only on Part 1, which Baker said, ‚Äúis the one banks were using pretty much all the time‚Ä¶ no big surprise.‚Äù¬Ý And the bill amended the Part 2 non-judicial process so as to no longer require a borrower‚Äôs signature on the deed.

Sen. Baker told me that it has not been the local banks that have been the problem in Hawaii, as they generally use the judicial foreclosure process to foreclose.¬Ý ‚ÄúThe problems have been caused by the large, mainland banks, like Bank of America, who bought all the Countrywide loans, Wells Fargo, Chase, that‚Äôs the group we‚Äôre talking about.‚Äù 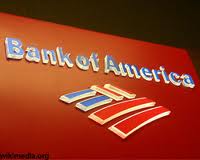 The new law provides for mandatory mediation in the non-judicial foreclosure process‚Ä¶ so, if a homeowner requests mediation, the servicer must participate‚Ä¶ ‚ÄúAnd do so in good faith,‚Äù Baker is quick to add.

‚ÄúServicers can face some fairly serious sanctions if they‚Äôre found not to be acting in good faith, for example, they can be barred from foreclosing,‚Äù she told me.

She also explained that per the law, ‚ÄúIf while in mediation, they decide to let a home go in a non-judicial foreclosure process, they can move into that process and there will be no deficiency judgment.‚Äù

Sen. Baker and a very knowledgeable staffer in Rep Herkes’ office explained that a task force had been formed last year to study the issues involved, and the goal was to bring different perspectives into the process.¬Ý Steve Levins, who is the Director of the Office of Consumer Protection at the Dept. of Commerce and Consumer Affairs, chaired the task force, and the Vice Chair was Marvin Dang*1, a private attorney who represents banks.

Sen. Baker also pointed out that, although the task force was formed last year to study the issues involved in foreclosures, Bank of America never bothered to get involved with anything face-to-face‚Ä¶ until about mid-March of this year, as the legislative process was advancing, saying:

‚ÄúIt wasn‚Äôt until March that BofA started showing up and being friendly to all of us in the legislature, they even provided us with what was supposed to be a special phone number that we, as legislators could use‚Ä¶ saying you can always reach Bank of America.¬Ý Well, I asked my staff to call that number on several occasions and they got just as big a run-around as many of the homeowners, so that didn‚Äôt do much to endear me to their point of view.‚Äù

(Coincidentally, that was just three weeks after my article, ‚ÄúHawaiian Homeowners Pay Unexpected Visit to Bank of America in Honolulu,‚Äù appeared on Mandelman Matters.)

Baker says that under the new law, the servicer will be required to get their documents together in advance in order to show the mediation board that they do in fact have the right to foreclose.¬Ý These documents are listed in the bill and include such things as ‚Äúthe promissory note, any endorsements, allonges, amendments, or riders to the note evidencing the mortgage debt.‚Äù

(And that, my friends, is going to make for some compelling television. ¬ÝWait… I know what the bankers can do‚Ä¶ why don’t they just get some employees to sit in offices and start signing Lost Note Affidavits all day long without reading them‚Ä¶ then they could get the notary stamps… oh, wait‚Ä¶ that‚Äôs probably not going to fly, now is it?)

The staffer in Rep. Herkes‚Äô office, who said she preferred to remain nameless, said that she thought the bill‚Äôs passage was wonderful news for Hawaii.

‚ÄúIt was almost magical the way this happened.¬Ý We just had the right people involved.¬Ý They were people that truly understood the problem, or took the time to become educated about the problem.¬Ý Everything just came together,‚Äù she told me. 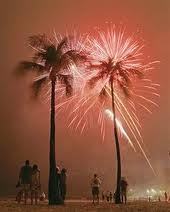 Well, CONGRATULATIONS TO EVERYONE THAT WAS INVOLVED IN PROPOSING AND PASSING SB 651. You have done something that no other state has been able to do, and you should be very proud of what you’ve accomplished. ¬ÝThere should be no question that you have saved both homes and lives. ¬ÝNo question that your work will change the future lives of today’s young children.

You should be recognized as heroes by the rest of the nation, for I believe that history will one day show that it was your passing of this bill that was the pivotal moment after which the worst economic crisis in American history began to reverse itself… because it was from this moment forward that balance began to be restored and the power of the financial oligarchy began to decline.

And, as my readers might guess‚Ä¶ I simply could not be happier to have been even peripherally involved in this victory over the last week, and the fact that my articles were helpful in any way has motivated me to do even more to help at the state level in the future.¬Ý So‚Ä¶ watch out banker-people‚Ä¶ I‚Äôm going all the way now.

And to homeowners across America‚Ä¶ will you look at what happened here!¬Ý It‚Äôs about as close to a road map to stopping the foreclosure crisis as one might ever get, and I‚Äôll be writing about how one might get started in the days and weeks to come, so please click here to SUBSCRIBE to Mandelman Matters so you won‚Äôt miss the ideas that… well, that MATTER!

(*1In a previous article on Mandelman Matters that described Hawaii‚Äôs SB 651, I reported that Mr. Dang was both bank lobbyist and member of the Mortgage Foreclosure Task Force, and based on a prior article in Honolulu Weekly, that he failed to disclose that relationship. ¬ÝHowever, a staffer in Rep. Herkes‚Äô office has since informed me that this characterization is not correct.¬Ý She says that everyone knew that Mr. Dang represented banks and that‚Äôs why he was chosen to serve on the task force, the goal being to bring all points of view into the legislative process.

I will be retracting the statements I made about Mr. Dang as soon as I confirm this, and providing a link to Honolulu Weekly‚Äôs clarification or retraction.¬Ý However, in addition I have contacted Mr. Dang‚Äôs office and offered to interview him for a stand-alone story on Mandelman Matters in which he can offer his perspective on the bill and the issues involved.)

Dear Sen. Baker, Rep. Harkes… and MEMBERS OF HAWAII’S MORTGAGE FORECLOSURE TASK FORCE, including the DIRECTORS AT FACE AND HAWAIIAN COMMUNITY ASSETS… and especially my reader, Marcy on Maui and my new friend, Rev. Bob Nakata… You’re all heroes to me! ¬Ý MAHALO NUI LOA! ¬ÝTake a break… you deserve it!