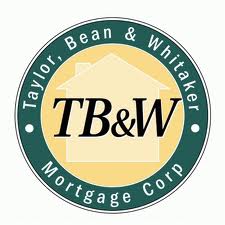 Yesterday a jury, after deliberating just a little over a day, convicted Lee Farkas, the majority owner of Taylor Bean & Whittaker, once the nation’s second largest mortgage company, on all 14 counts of bank fraud, wire fraud, securities fraud and conspiracy.

U.S. District Judge Leonie Brinkema ordered Farkas into custody immediately following the verdict, presumably to prevent him from skipping the country before sentencing on July 1st.  At 58 years old, he very well could end up spending the remainder of his life in prison. 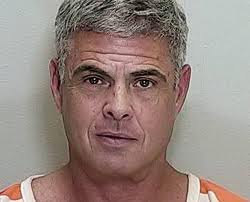 According to Matthew Barakat of the Associated Press:

Prosecutors said Lee Farkas led a fraud scheme of staggering proportions for roughly eight years as chairman of Florida-based Taylor Bean & Whitaker. The fraud not only caused the company’s 2009 collapse and put its 2,000 employees out of work, but also contributed to the collapse of Alabama-based Colonial Bank, the sixth-largest bank failure in U.S. history.

Prosecutors said Farkas was motivated by greed and a lavish lifestyle, which sounds about right to me, considering that he owned a private jet and a sea plane, numerous homes, several dozen classic cars, and at his executive dining room at Taylor Bean’s headquarters, he reportedly served pheasant and caviar.  He is reported to have paid servants to hand wash his Key West home with sponges to prevent salt damage, and I wouldn’t be surprised if they had to use small kitchen sink size sponges at that. 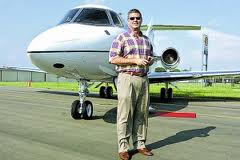 Neil Barofsky, the ex-SIG-TARP, referred to the case as “the most significant criminal prosecution to date rising out of the financial crisis.”  And the Justice Department’s criminal division chief, Lanny Breuer told reporters that Farkas was “one of the masterminds in one of the largest bank frauds in history” and that his misconduct “poured fuel on the fire of the financial crisis.”

Okay, so here’s what happened…

In 2002, Taylor Bean overdrew its main account with Colonial Bank by several million dollars, so executives at Colonial agreed to transfer money at the end of each day to avoid generating overdraft notices.

Soon, the hole grew to over $100 million, so Taylor Bean and a handful of Colonial executives figured that the easiest thing to do would be for Taylor Bean to simply sell hundreds of millions in mortgages THAT HAD ALREADY BEEN SOLD TO OTHER INVESTORS to Colonial Bank.  Heck, most of the already sold mortgages were worthless anyway, so why not sell them multiple times?  See, this banking thing isn’t that hard… I totally get it so far.

Eventually over $1 billion in worthless already sold mortgages were sold to Colonial, and the bank just listed them on its books and on its quarterly reports as legitimate assets.

Then, Taylor Bean created a subsidiary called Ocala Funding to sell commercial paper to Deutsche Bank and BNP Paribas, among other banks.  The only problem was that the collateral that was supposed to back Ocala’s commercial paper was… wait for it… you can guess it… worthless!  The two banks lost roughly $3 billion en total as a result of their dealings with Taylor Bean and Ocala.

Farkas and a half dozen of his top executives also fraudulently tried to obtain $500 million or so in TARP funds.  And TARP even conditionally approved a payment of roughly $550 million to the company, but ultimately neither Taylor Bean nor Colonial received any TARP money.  The FBI and other agencies, along with executives from Colonial helped uncover the fraud.

At trial, Farkas testified in his own defense, claiming that he did nothing wrong, and was unfamiliar with details or knowledge of many aspects of the various fraud schemes, so how could he possibly have been involved?

According to Farkas’ attorney, Bruce Rogow, and by the way, I really do love this guy already:

Farkas and everyone else at Taylor Bean was working honestly and ethically to get control of its finances and perhaps could have done the job if the government hadn’t essentially shut the company down when it raided company headquarters in 2009.

See that… it was even Taylor Bean’s doing… this whole thing could have been set right if the government hadn’t come in and turned of the company’s Ponzi scheme so early.  Probably would have been nice to give them a little heads up.

According to the AP story:

Farkas’ attorney, Bruce Rogow, said he was disappointed in the verdict and plans to appeal.  He said six executives at Colonial and Taylor Bean who struck plea deals skewed their testimony to bolster the government’s case in the hope of receiving lighter prison sentences for their cooperation.

“I had hoped the jury would have accepted our argument that the six people who pled guilty did so not because they felt they were guilty but because they wanted to minimize the sentences that the government threatened them with,” Rogow said.

Gosh, that’s too bad.  I mean… where’s the loyalty anymore?  It’s getting so you can hardly count on anyone to not drop a dime on you when all you’re doing is defrauding banks and investors out of billions.  And two of those banks weren’t even American… I mean, is defrauding them foreign types even illegal?

P.S.  And… hey wait a minute here… he sold the mortgages more than once to different investors… to different banks?  I’m just thinking out load here, but doesn’t that make the produce the endorsement or assignment thing, kind of a valid question.  I mean what if you pay your mortgage and then a new owner shows up and says you owe him too… I mean… what if neither can produce the assignment of the mortgage to the trust.  I know… maybe they can flip a coin… or wait… even better… I say we start resolving things with rock, paper, scissors.