Home  »  Bank of America’s “Tasmanian Devil” says we shouldn’t be thinking of our homes as “assets”.

Bank of America’s “Tasmanian Devil” says we shouldn’t be thinking of our homes as “assets”. 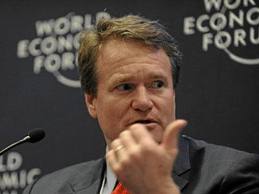 It should be readily apparent that there are an overabundance of reasons for Bank of America‚Äôs CEO, Bryan Moynihan, to be regarded as a massive rear end in a province undeniably replete with rear ends of utterly mammoth proportion.¬Ý Even the adjectives in that last sentence don‚Äôt begin to do the nature of his posterior justice.

To begin with, let‚Äôs just acknowledge that Moynihan is a corporate lawyer.¬Ý He graduated in 1981 from Brown University‚Ä¶ a history major that co-captained the rugby team.¬Ý He then went on to Notre Dame Law School.

In 1993 he went to work at Fleet Boston as deputy general counsel, but after Bank of America acquired Fleet in 2004 Moynihan became the bank‚Äôs president of global wealth and investment management, and from October 2007 to December 2008, he served as the bank‚Äôs president of global corporate and investment banking.¬Ý But from December 2008 to January 2009, Moynihan once again returned to his roots, serving as general counsel for Bank of America, and he became CEO of Merrill Lynch after its oh-so-well-thought-out-and-executed sale to Bank of America in September 2008.

A history major that co-captained the rugby team transformed into Bank of America‚Äôs president of global corporate and investment banking‚Ä¶ okay, sure‚Ä¶ why the heck not?¬Ý His predecessor, Kenny-They-Made-Me-Do-It-Lewis started his climb to the top of the largest financial institution in the country, as a credit analyst with a B.S. in Finance from Georgia State at what would soon be NationsBank before merging with and becoming today‚Äôs Bank of America.¬Ý As they say‚Ä¶ the smartest guys in the room, no two ways about that. 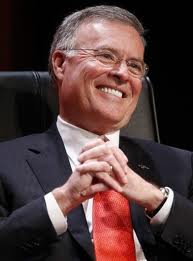 Kenny was singlehandedly responsible for the bank‚Äôs spectacular decline, paying way over mini-bar prices for Countrywide and Merrill Lynch.¬Ý JPMorgan‚Äôs CEO, Jamie Dimon, meanwhile, managed to pay essentially bupkis for the assets he purchased during the crisis, and along with the Federal guarantees he was able to extort‚Ä¶ I mean, successfully negotiate‚Ä¶ his financial behemoth has recovered almost all the shareholder value that it lost during the meltdown.¬Ý So, very well done there, and as a taxpayer let me just say that I‚Äôm glad to have been able to help.

Kenny, by the way, after costing his shareholders roughly $150 million, retired with $83 million in cash, according to the Wall Street Journal‚Ä¶ including a $4.2 million salary in 2009, if you can comprehend that.¬Ý I can‚Äôt, by the way, so if you can‚Ä¶ well‚Ä¶ you‚Äôre completely insane.

Lewis had a nickname for Bryan Moynihan, this also according to the WSJ‚Ä¶ the Tasmanian Devil, and he used it to convince members of Bank of America‚Äôs Board of Directors that Bryan was the right man for the CEO position after his ouster.¬Ý The “Tasmanian Devil,” in case you don‚Äôt recall your Saturday morning cartoons, is the Looney Tunes character that can’t form complete sentences and creates sand storm hurricanes everywhere he goes. 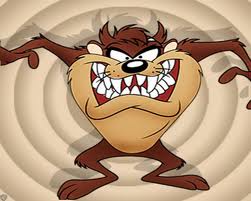 Nancy Bush, a well-known independent banking analyst at NAB Research, in so many words, confirmed to Bloomberg that Moynihan‚Äôs nickname has basis, saying:

‚ÄúHe‚Äôs always thinking way faster than he can talk,‚Äù Bush said. ‚ÄúThe thoughts tend to run together, and it‚Äôs been somewhat of an impediment to getting people to focus on what he‚Äôs saying, rather than the way he‚Äôs saying it.‚Äù

In his new book, Crash of the Titans, Financial Times’ writer, Greg Farrell tells the tale of how Moynihan got his job, first as General Counsel for Bank of America Merrill Lynch, and ultimately as the bank‚Äôs CEO.¬Ý Apparently, Moynihan was all set to leave Bank of America, the bank had even prepared a press release announcing his departure, when out of nowhere, Kenny decided to can the bank‚Äôs General Counsel, Tim Mayopoulos, a guy Farrell describes in his book, which is a fabulous read by the way, as an ‚Äúegomaniacal wild man.‚Äù

So, then one day he was shooting at some food, and up through the ground came a bubbling crude‚Ä¶ Bryan‚Äôs the bank‚Äôs new GC‚Ä¶ and Kenny‚Äôs best guess for the new CEO.¬Ý One of the reasons Ken recommended Moynihan was that he actually wanted the job, which should make you throw up in your mouth a little bit, assuming you own the stock as almost everyone does in one fund or another. 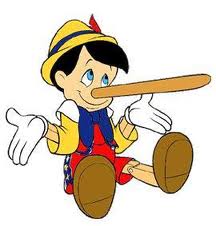 Today, Bryan Moynihan is known for an uncanny ability to put a positive spin on any situation, which I find a lovely euphemism for saying he lies well, assuming such a thing is possible.¬Ý He‚Äôs driving a financial institution that required TWO federal bailouts totaling $45 BILLION in cash, to say nothing of the federal guarantees, and is today being sued by so many consumers and investors that I can‚Äôt even keep up anymore.

As of the end of 2010, more than 1.3 million of the bank‚Äôs mortgage customers were delinquent on their loans, close to 200,000 of those haven‚Äôt made a payment in at least two years, and a third of the homes facing foreclosure are now vacant, making them costly to maintain and, shall we say, a tad difficult to sell.¬Ý A report issued by Moody‚Äôs at the end of last year showed that when talking about resolving delinquent sub-prime loans, Bank of America lagged behind ALL of the other six major servicers.

Moynihan‚Äôs statements about the bank‚Äôs inability to clean up its mortgage mess include saying things like: ‚ÄúAt the end of the day, we could have done better,‚Äù which is the kind of thing that makes me want to scratch his eyes out.¬Ý He has also pointed out that the scale of Bank of America‚Äôs modification efforts far exceed those of his competitors, and that the bank has completed 725,000 modifications since January 2008, but other numbers tell a different story.

Of the homeowners who failed to get their loans permanently modified under the federal government‚Äôs HAMP program, only 14 percent were granted in-house modifications by Bank of America, compared with 31 percent at JPMorgan Chase, 27 percent at Citibank, and 40 percent at Wells Fargo. 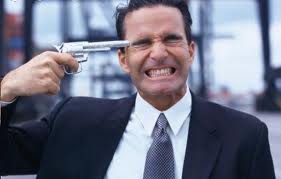 Stories about Bank of America customers enduring year long‚Ä¶ and longer nightmares in order to get answers about loan modifications are so common as to be safely considered the norm. As of September 2010, of the 425,000 Bank of America mortgagees deemed eligible for HAMP, only 0.7 had begun trial modifications, according to the federal data.¬Ý It‚Äôs improved since then, but when you‚Äôre talking about millions of loans, improvements that are measured in tens of thousands just isn‚Äôt going to cause anyone to stand up and cheer.

A year ago, the bank posted a ‚Äúprofit‚Äù of $3.2 billion or 28 cents a share, and in mid-April 2011 the bank‚Äôs revenue declined 16% versus a year earlier, and it posted a first quarter ‚Äúprofit‚Äù roughly $1.2 billion under that number‚Ä¶ at 17 cents a share.¬Ý Since he took the helm, the bank‚Äôs shares have fallen something like 20%, and with the potential losses on the bank‚Äôs $2.1 TRILLION in mortgages still to come being estimated by some at $35 BILLION, it‚Äôs little wonder that the bank‚Äôs stock, although inexplicably (Ha ha) still rated a ‚Äúbuy‚Äù last time I checked, is seen by investors as a significant risk.

Mr. Moynihan, however, says everything is going swimmingly.

“While still soft, the economy is healing; we see retail spending up versus the year-ago period and continued declines in bankruptcy filings and delinquency rates,” Moynihan said.¬Ý And last December he told the New York Times: ‚ÄúIt‚Äôs been a great year and we‚Äôve learned a lot‚Ä¶ there‚Äôs not a better job in the world.‚Äù

Most recently, Moynihan launched a Jimmy Carter-esque type approach to fixing the bank‚Äôs woes.¬Ý Referred to as ‚ÄúProject New BAC,‚Äù it basically means that 44 executives and a couple of consulting firms will fan out and scour the mega-financial-mess that is Bank of America in an effort to glean ideas from the rank and file as to how expenses might be lowered, and how revenues and/or productivity might be increased.¬Ý (Are you feeling all warm and fuzzy about this initiative?¬Ý Yeppers‚Ä¶ me too.)

Now, if all of that weren‚Äôt enough to make the case for Bryan Moynihan being this month‚Äôs REAR, here‚Äôs what really got me started on him in the first place.¬Ý Last month, at the 2011 National Association of Attorneys General conference, Moynihan actually came out publicly and said that HOME PRICES MAY NOT REBOUND LONG-TERM, in some areas anyway.¬Ý According to Moynihan, homeowners may need to look elsewhere for their long-term investment returns‚Ä¶ and forget about their homes being worth more than they owe‚Ä¶ like, in their lifetimes.¬Ý He blamed population growth, by the way.

According to an April 12th, 2011 story by Joe Rauch for Reuters: “It’s sobering to think, but some people shouldn’t be thinking of (their home) as an asset, they should be thinking of it as a great place to live.”

Is that right, Bryan?¬Ý A great place to live‚Ä¶ and dramatically overpay for, I suppose.¬Ý Because we shouldn‚Äôt be thinking about our real estate holdings as ‚Äúassets,‚Äù is that what you said?¬Ý You‚Äôre a real asshat, Mr. Moynihan, you know that?¬Ý Modify the predatory loans, Mr. General-Council-turned-CEO.¬Ý Stop being part of the problem, and help stop the financial and foreclosure crises that you and yours created.

Or, I‚Äôll tell you what‚Ä¶ we‚Äôll stop looking at our homes as financial assets as soon as you stop looking at the garbage Collateralized Debt Obligations and mortgage-backed securities you defrauded the planet with as securities‚Ä¶ how about that? 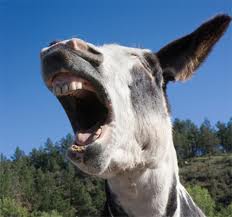