In Re Walker, Part Deux – March 3rd, 2011, may just be a HUGE day for California Homeowners 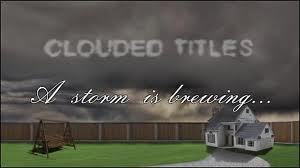 So, when we left our intrepid hero, one Mr. Ricki Walker, back on May 27, 2010, the court had ruled, as I phrased it on Mandelman Matters at the time, that MERS could not foreclose and Citibank could not collect.

“Since the claimant, Citibank, has not established that it is the owner of the promissory note secured by the trust deed, Citibank is unable to assert a claim for payment in this case.”

Now in “Normal World,” that would be the end of that, and angels would sing.  But, this isn’t “Normal World”.  We are living in “Banker World,” where things are rarely as they seem and everything is eligible for a do-over… if you’re a banker, that is.

Citibank’s lawyers, realizing that they were now in real trouble, woke up … got out of bed… dragged a comb across their collective head, and filed an objection saying that the Proof of Claim had not been properly served… or not served at all because they never received it… or that they didn’t calendar it properly.  Or, maybe something else happened, your Honor, whatever will work with you.

You see, Citibank had never opposed the objection to the Proof of Claim.

The judge sort of rolled his eyes… because with electronic notice having been provided, there was no way Citi’s lawyers didn’t know about the borrower’s objection, but since he had left Citi “leave to amend” anyway… what the heck… re-deal the cards and let’s play a new hand.

So, the order granting Walker’s objection was vacated, prompting Ricki Walker’s attorney, Mitchell Abdallah, to file a new objection, in the hopes that Judge Sargis would once again have a chance to uphold the rule of law and change the playing field for homeowners in California.

This time, however, Citi’s lawyers have put their Top Gun type lawyer on the case, and so along with their opposition to Walker’s objection, they’ve submitted a declaration, written by William Hultman, Secretary and Treasurer of MERS, who you might remember from the recent opinion on MERS written by Judge Grossman in New York.

Okay, so… Judge Sargis is set to rule on Walker, Part Deux at 10:30 AM on March 3, 2011, in the United States Bankruptcy Court, Eastern District of California, Sacramento Division, Department E, Courtroom 33.

There seem to be a number of unanswered questions about this case, for example…

Mr. Walker signed the note on November 21, 2006.  Citi claims that Blackrock employee endorsed the note sometime in 2007, but the endorsement of the note, by alonge, is not dated, uses different fonts, and according to the debtor expert, it appears fraudulent.  In addition, Mr. Brown, the Blackrock employee, didn’t work there after 2006, according to an investigator hired by the defense, and since the trust wasn’t established until 2007… well, that creates a certain awkwardness.

The way I see it… for whatever that’s worth… Mitchell Abdallah’s chances look pretty darn good for a major win here, and Ricky Walker may just find himself a winner.  But, even more importantly, should the decision go the way it went last time, California’s homeowners will finally have a decision that can begin to meaningfully address a significant amount of the injustice inherent to the state’s foreclosure crisis.

I’m not saying it will be “the answer,” but all journeys begin with a few steps, and this seems like this decision, assuming in favor of Ricki Walker, will represent more than just a few steps. 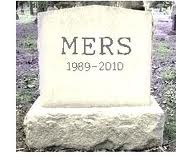 Ricki Walker and Mitchell Abdallah, by the way, are heros…

According to Ricki Walker’s bankruptcy filing:

Walker owns his own business, Ricki Walker DBA Rick’s Janitorial.  He has $5,884 in current cash assets, and his statement of total current monthly income shows that he makes $1198/month as of February 18, 2010.

And someone out there wants to blame the borrower for this?  You’ve got to be kidding me.

If you’re the type that wants to blame the borrower here… let me ask you this:

If a 7 year-old boy shoots and kills his 5 year-old little brother, who do you blame:

Stay tuned… Thursday will be here before you know it.  Cross your fingers, okay?