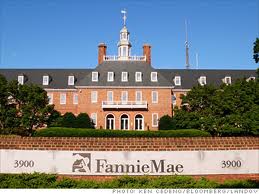 Fannie Mae has just released it’s Quarterly National Housing Survey and the results are… well, in some cases predictable… and in others just bizarre.  I’m not entirely sure, but I’m think some of the problem comes from the methodology, and it’s not at all hard for me to believe that at least some of  the questions are phrased poorly.  But, overall… it is a real survey and the results are something I track each quarter or two.

Here’s what Fannie Mae has to say about the survey and its purpose:

“Our purpose was to gauge the public’s current attitudes toward housing, especially in light of the current housing crisis. This comprehensive research project asked more than 3,000 consumers about their confidence in homeownership as an investment, the current state of their household finances, their views on the U.S. housing finance system and their overall confidence in the economy.”

One of the things that I’ve been watching for two years is American attitudes about foreclosures.  And there’s no question that those attitudes have been shifting, slowly perhaps, but in the right direction… as the foreclosure crisis has continued to worsen.  I’ve always understood one thing about the crisis that I think many other observers have missed… as the pain increases, and as more and more people are directly affected by the foreclosure crisis… more will start to question what caused this terrible tragedy.  And as that happens, as more and more people start to realize that it wasn’t the borrowers over-borrowing… it was the bankers over-borrowing that caused the collapse of our financial and credit markets and left our housing markets in a literal free fall.

When that is understood by the majority of Americans, I believe we will finally be ready to throw away the meaningless distinctions, “responsible homeowners and irresponsible homeowners,” and we’ll return to just being American homeowners.  Because only then will we be ready to reclaim our democracy from then corrupt oligarchy that has taken control of the legislative and executive branches of our government.  Only then will we start to heal the shame that has needlessly bound millions of our fellow citizens, who were not at fault… but were blamed for too long.

The truth about my blog, Mandelman Matters, is that I started it back in 2008 because I wanted to do whatever I could to accelerate that learning and then the healing process, and I know my efforts, while not entirely satisfying as I always wish to do more, have not gone unnoticed.  And, along with the others who’ve dedicated their efforts to exposing and educating our society… I’m quite proud to say we are gaining on it.  In fact, based on where we began our journey into the worst economic meltdown in 70 years, I’d say we’ve got no more than 2-3 years to go… tops.

1. Americans are split on whether banks should foreclose if the owners are unable to pay their mortgage:

2. Slightly more than half (53 percent) believe homeowners bear the responsibility for a home loan they can’t afford.

This number must change and isn’t changing fast enough, for my tastes.  The foreclosure crisis, however has not yet directly impacted 20% of American homeowners as yet, but when it does… this number will change dramatically.

3. When asked if financial distress makes stopping payments on an underwater mortgage acceptable:

4. Respondents ranked negative impact on credit score (35 percent) and moral qualms (33 percent) as more likely factors for motivating them to pay their mortgage.

6. A surprising 44 percent of respondents expect their personal financial situation to improve in the next year.

Or, another way you might phrase that: 65% of respondents in the Fannie Mae National Housing Survey think that a good time to buy a house is when the economy is on the wrong track.

8. Amazingly, 78 percent of respondents think home prices will stay the same or go up over the next year.

However, broken down into distinct groups, only 26 percent of Americans believe home prices will go up over the next 12 months, 56 percent believe they will remain the same.

9. In January of 2010, it’s worth noting, 37 percent of respondents said they believed home prices would go up over the next 12 months.

So, that means 78% of respondents think that when the economy is on wrong track, home prices rise.

10. Respondents said that they expect home prices to increase by 0.4 percent, but I would really love to see how this question was asked, because obviously the respondents didn’t actually say 0.04 percent.

11. The percentage of respondents who believe that buying a home is a safe investment has fallen from 70 percent to 64 percent.  And this is down from 83 percent in 2003.

12. Among delinquent borrowers, the perception that buying a home is a safe investment has fallen significantly from 65 percent in January 2010, to 53 percent of respondents to this survey.

Fannie Mae’s presentation of this latest survey data is found below in its entirety… It’s clear that while we are gaining on it, we have much work yet to be done…

This included a random sample of 3,051 members of the general population, including 887 homeowners, 1,110 mortgage borrowers, 908 renters, and 338 underwater borrowers (those who report owing at least 5% more on their mortgage than their home is worth). The overall margin of error for the general population sample is +/- 1.77% and larger for subgroups.

An additional oversample of 400 random national delinquent borrowers was also polled. The margin of error for the delinquent oversample is +/- 4.9% and larger for subgroups. Delinquency was defined as not having made a mortgage payment in the past 60 or more days.