Home  »  BoA’s Bad Bank – Pay No Attention to the 6.7 Million Loans Behind the Curtain

BoA’s Bad Bank – Pay No Attention to the 6.7 Million Loans Behind the Curtain 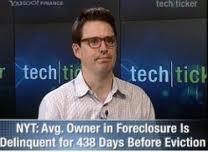 Last week, Felix Salmon stopped me in my tracks by running a headline that said that Bank of America doesn’t “believe in treating borrowers fairly.”

What?  Hold on… now that’s being a bit harsh, don’t you think?

Look, it’s been over three months since I ran the story about how BofA broke into a home they didn’t own and stole the ashes of the owner’s deceased husband, among other things… and a full year since they foreclosed on, emptied out, and placed a lock-box on the Florida home that was free, clear, and previously mortgaged by Wells Fargo.  And I’m almost positive that an entire week has gone by without a new lawsuit being filed against the giant ghost-bank, although on this last point I’ll concede, I may be wrong.

I mean, can’t BofA catch a break anywhere?  They’ve been behaving so well for a long time, at least in BofA years.  In BofA years, a week without a lawsuit is like 5 regular human years, right?

So, I start reading the story and come to find out that Felix is reporting that Bank of America is setting up and transferring roughly half of 14 million mortgages into a “bad bank,” and I figure that means that there will now be two BofAs, and one will be called the “Bad Bank” and the other, I would have to assume, will be called the “Worse Bank.”

My wife and her Mom do both bank at BofA, and I’m kind of hoping that their accounts get split between the two BofAs.  That way, when I ask her where she had to go today, she could answer by saying: “Oh, I had to go from Bad to Worse.”  (LOL, I crack myself up sometimes.)

Anyway, Felix was explaining what FBR analyst Paul Miller, had said in a Bloomberg article as to the reason behind the good/bad split, which was: “to get investors focus on the good” and as “a way to talk about good things and ignore the bad.”

See, these are the kinds of things that make me afraid of the world around me… like, now I don’t want to even leave my house.  Does stuff like this work on “investors?”  What… are the “investors” he speaks of like four years old?  I’m asking because that was about the last age that I could have pulled something like that on our daughter and expected it to work.

Now, although I have to admit that I personally don’t read him often, or actually… ever, I’ve been told that Felix Salmon is a real smart guy, and I’ve been meaning to find his column for some time, so I tend to believe him here.  So, that’s all a mega-bank has to do to get investors to stop focusing on roughly half of 14 million “bad” mortgages… announce to Bloomberg that they’re putting them into a “bad bank.”

Doesn’t that scare you?  Don’t these investors ever read Bloomberg?  I would have thought that they did, at least on occasion.  So, why would transferring almost half of 14 million “bad loans” to “bad bank” trick them into forgetting about those 6.7 million “bad loans?”  If this plan works… I’ll likely never recover. 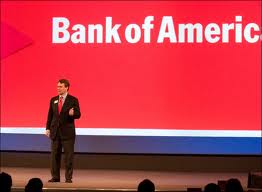 Some guy named Terry Laughlin is said to be running “bad bank,” I assume CEO Brian Moynihan will continue to run “worse bank,” or maybe it’s the other way around, but no matter… they’re both BofA, so whatever.  Apparently, Laughlin was giving some sort of presentation last week, and talking about how his new “bad bank” will focus on granting loan modifications to delinquent customers.  According to Bloomberg, Laughlin said that “as borrowers default, we’ll evaluate them for a loan modification.”

See, now I would have said that would make them “Good Bank,” not “bad bank,” but that just shows you how out-of-touch I am with what’s going on in this country today.

I feel completely turned around on this issue… I thought that for the last few weeks, Geithner, and a whole bunch of other politicos had been saying that granting loan modifications was a good thing… stopping foreclosures… also good.  But it’s only done by “bad bank,” apparently.  So, I guess that bad is now good.

Ok, fine… so, just tell me, so I don’t hurt myself… is “up” also “down” and cold also hot?  What about “in” also being “out”?  You do what you want, but I’m not leaving my study until someone sends me a new set of instructions.

Now, as far as stepping up their “push-back against the proposed mortgage-servicing settlement,” Felix says that the settlement does “quite explicitly does include loan modifications for borrowers who aren’t in default.”

Okay, so I see the problem here… that means that “worse bank” is going to have to do loan modifications too, but all the loan modification personnel will be working over at “bad bank.”  So, big deal… send the loan mod work across the street, from “worse” to “bad,” as it were… the customers should be happy about going from “worse” to “bad,” no?  I know I would be, or at least I always have been in the past.

Felix references a point from the settlement proposal that the bankers are fighting about, part II.K.8, (document shown below), that says:

“Servicer’s employees shall not instruct, advise or recommend that borrowers go into default in order to qualify for loss mitigation relief.

“This is something BofA hates — because it opens the door to underwater borrowers who are making timely payments being able to get a loan modification and thereby reduce the value of the loan. And BofA CEO Brian Moynihan is on the warpath against it, saying that such a system would be unfair to borrowers who don’t get their loans modified.

Is that what that paragraph does?  So what, it opens the door… big deal.  The door’s been open at BofA for several years now, and when the bank wants it to be revolving, it’s revolving.  And when they want it shut, well… let’s just say that you had better get your fingers out of the way and leave it at that. 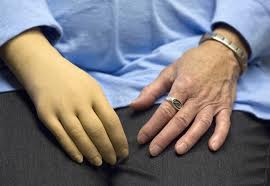 Felix also quotes Georgetown Law professor, Adam Levitin, who I think agrees with me about the whole “open door” policy thing.  Levitin says that there’s nothing in the proposed settlement that forces BofA to do anything unfair… like BofA needs permission to do anything like that… LOL.  He says:

“BofA is encouraged to draw up its own set of standards and then apply them to all of its borrowers in a consistent manner.”

Well, I can certainly see how that “consistent” thing would be at least irksome to BofA’s CEO… that’s for sure.  That would require BofA to be working with a concept entirely foreign to the organization.  I mean, shunning consistency is part of BofA’s culture.  It’s like asking Apple employees to “Think the Same”.

Felix says that the only reason BofA is fighting back against the settlement proposal is that if either of the banks, from “bad” to “worse,” were to behave “according to the settlement’s guidelines, it (they) would lose some of that $35 billion to $40 billion a year that Moynihan reckons it should be able to make going forwards.”

Felix also says that he’s not aware of any bank “in the history of the world” that’s ever made $40 billion in a single year… and he says he doesn’t think any bank ever should make that much in a year.  I actually agree with that, pretty much… except for Goldman Sachs, of course… I mean, our nation’s future is in their hands, after all, and I don’t think we should even start talking about limiting them in any way.

For one thing you don’t bite the hand that feeds you, and for another, if they even get wind of this kind of talk, they’re likely to punish us in some significant way.  Remember the collapse of the Ruble in 1998, and the bailout of Long-Term Capital Management?  Yeah, well I heard that was done in response to Brooksley Born’s regulate-the-derivatives shenanigans back in ’94.  I’m telling you, let’s not mess with Goldman… God’s work, if you recall… and he didn’t look like he was joking to me. 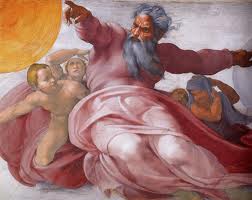 (Felix also offers a unique exception to the Federal Reserve, but I don’t think he has too much to worry about there.  Unless Bernanke just keeps printing money while keeping all of the secret garbage assets on their books at their stated values that banks have been able to use as collateral for loans these past few years, we’ll be lucky if we see the Fed truly makes money again in my lifetime.)

The rest of the banks, however, I agree with Felix… they don’t need to be making $40 billion a year… especially when most people’s experience with them goes from “bad to worse” pretty darn fast.  Of course, that was under the leadership, and I use that term extremely loosely… of Kenny “The Acquirer” Lewis.

Felix ends by pointing out: “Bank of America is far too big to fail, and as such it benefits greatly from an implicit government guarantee. The least it can do in return is treat its borrowers fairly,” and that’s another point that I have to say I don’t agree with in the least.